Mirage pools the procedural sound of drug-addled and otherwise preoccupied souls, mostly making music because they have to. Considering 1979's Tusk, a Lindsey Buckingham-led double LP experiment that sold only 4 million copies, was considered a commercial failure, the band attempted to recapture Rumours' preceding magic. Of course, drama and rivalry charged the Château d'Hérouville-based recordings. After a yearlong hiatus following the Tusk tour, Buckingham launched his solo career with 1981's middling Law and Order, but Stevie Nicks had become a solo star, garnering multi-platinum success with Bella Donna, a star-studded affair. In a group of equals, the perceptional pecking order suddenly became clear. Everything Nicks wrote turned gold, including pre-Mac fame inspired "Gypsy," the feathery smash that became MTV's first "World Premiere Video" in 1982. "Oh Diane" ranks as the most interesting track, with Buckingham taking a stab at a mock Decca recording. Per their usual dysfunction, the band would even sink to physical altercations during recording, not to mention the video-making of "Gypsy" and Christine McVie-penned U.S. chart hit "Hold Me." Both became part of MTV's early canon. The gold dusted deluxe reissue, 3-CD/1-DVD/1-LP, comes with a complete remastering, B-sides, rarities, and a typically expert live date at the old L.A. Forum. 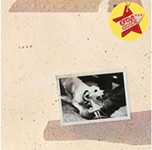 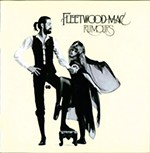