Punk coffeetable books? Preposterous idea to even those of spikey-haired persuasion, yet publishing houses have begun issuing fancy tomes to a genre celebrating 40 years this year and next. Watch them pile up alongside box sets and deluxe reissues as anniversaries of significant timeline events hit, say the Damned issuing first UK punk single "New Rose" in October 1976 or the Sex Pistols' only studio LP coming out almost exactly a year later.

Release of the Ramones' self-titled debut predates both those events, so as veteran journalist Martin Popoff notes, "Joey, Johnny, Dee Dee, and Tommy set a standard for short, shocking punk composition and disposition for years to come." In Ramones at 40, the Canadian writer constructs a concise history of the band and pinpoints their impact and influence on culture at large, detailing the delicate interpersonal relationships within the band, the craftsmanship behind the songs, stage show, and image, and the intense fandom the Ramones continue to inspire. Graphically and photographically exciting, it's one of the most worthy literary endeavors taken in Da Brudders' name.

Slash, for its part, remains tied with San Francisco's more cerebral Search & Destroy as the greatest of California punk zines. Wandering through a city bearing only a handful of punk acts and not much else, a small group of artistic and writerly types willed a proper Los Angeles punk scene into existence via printed propaganda. Within a year, Slash kickstarted the metropolis' native punk community thanks mostly to the insurrectionist street poetry of its editor, a nasty French reggae obsessive named Claude "Kickboy Face" Bessy. Presented in a clean, modern graphic style, it made stars of bands like the Germs, X, and Screamers before morphing into an equally visionary record label.

Every issue of Slash gets lovingly reproduced herein, accompanied by an extensive interview with founders Steve Samiof and Melanie Nissen, and testimonials from celebrated principals like painter Gary Panter, creator of the Jimbo comic strip. Worth thrice the cover price alone for the chance to re-read Kickboy Face's inflammatory editorials. 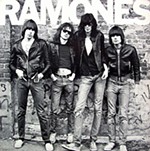