Sheet Music – My Damage: The Story of a Punk Rock Survivor

by Keith Morris, with Jim Ruland

"I was a burnout/ I was a dropout/ I was out of my head," screamed Hermosa Beach native Keith Morris in his hardcore punk anthem "Wasted," off Black Flag's 1979 debut EP Nervous Breakdown. Declaring himself "fucked up," "messed up," "drunk up," "jacked up," he's ultimately "so wasted." Assisted by longtime punk zine writer Jim Ruland, the singer reiterates this through a hefty chunk of his engaging memoir, albeit with far more wit. Along the way, he recaptures the long-gone America of the Sixties and Seventies, and U.S. punk's evolution into the louder/harder/faster distillation of hardcore. Morris plays a central role in the timeline, first as Black Flag's initial singer, then in Golden State slam-rock's ultimate party band the Circle Jerks. Which makes My Damage far more important than a Behind the Music episode. Ruland stays so transparent the entire thing reads with Morris' unique, raspy beach drawl, your brain creating an instant audiobook for characteristic lines like, "[Black Flag leader] Greg Ginn had already graduated from UCLA, where I imagine he received a degree in screwing people over and becoming an all-powerful dictator." (Flag, Keith Morris and other ex-Black Flag members: Sat., 9:20pm, Forest stage)

My Damage: The Story of a Punk Rock Survivor 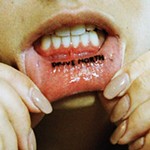 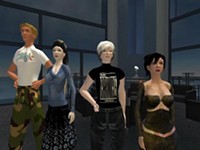