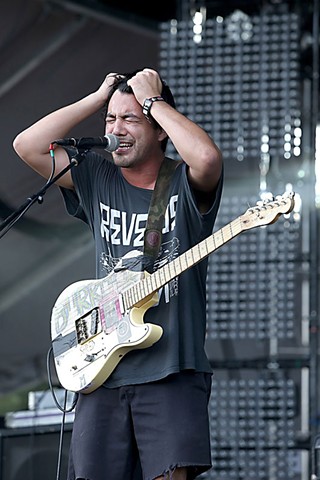 "People at festivals are there to rage and fucking go for it, and we're there to prove to them that we're better than the band playing after us," says Fidlar frontman Zac Carper with a laugh.

The singer/guitarist at the helm of the acronymed L.A. party-punk quartet – "Fuck It Dog, Life's a Risk" – reflects on the band's graduation from grimy clubs and booze-soaked house shows to massive festival stages around the world in just a few years.

"Since we've started playing bigger venues, I'm not so worried about the energy being nonstop," continues Carper. "The first record was, start to finish, just on 11 the whole time. The second record, I started to learn how to do pre-choruses and bridges and all these different kinds of things."

"That sets us apart from other bands, [where] everything has to sound lo-fi and garage-y and all this stuff," points out the animated stage bohemian. "I don't believe in that. I listen to fucking Weezer."

Too also chronicles the growing pains of Carper, 29, who kicked drugs then wrote about the sheer monotony of sobriety. For the skate maven to recycle the three-chord ragers of yore would have been inauthentic.

"You gotta stay true to punk rock, blah blah blah, the scene," scoffs Carper of purists who complain of Fidlar's evolution. "I'm not 20 years old anymore, so I'm a little bit more conscious of song structure and everything."

He pauses, smirk nearly audible on the other end of the line.

"Which is probably gonna fuck me in the end." 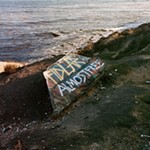 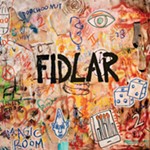