Local 433 hangs in the balance, a new hit for Fastball, and End of an Ear begins its new lease on life 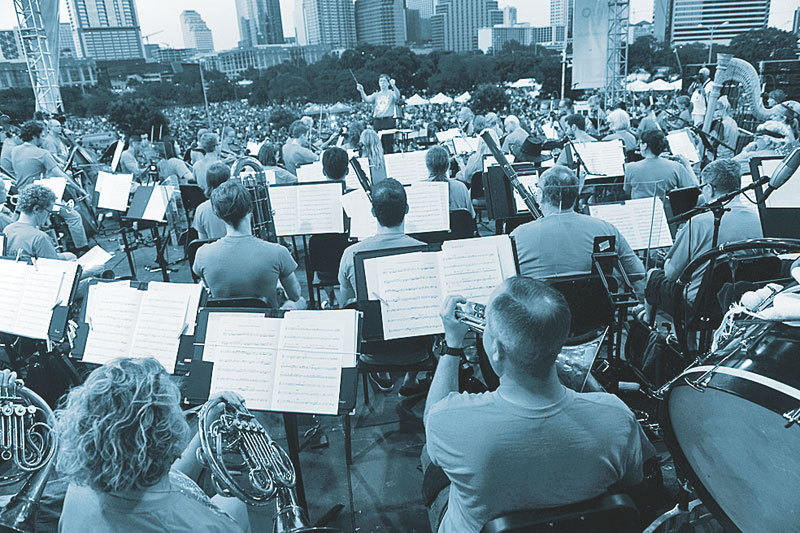 Austin's oldest organized music entity suddenly hangs in the balance. Local 433, the city's musician union – established in 1907 – has been placed under trusteeship by the American Federation of Musicians. The takeover, which went into effect Oct. 3, terminated all of Local 433's elected officers, including president Freddie "Steady" Krc, a favorite Austin drummer who's kept beats for everyone from Jerry Jeff Walker to Roky Erickson.

A letter sent to members earlier this month, authored by AFM's International Secretary Treasurer Jay Blumenthal, presented the trusteeship as a means to restore the fiscal health of the financially floundering union.

"Our local isn't doing well financially and hasn't been for many years," explains Krc, a member since 1974 who took over as president three years ago. "There was an embezzlement issue in the Eighties and Austin's union, in order to remain financially solvent, had to take out a loan from the national organization."

Krc says the theft – to his understanding – resulted in Local 433 owing over $60,000 of debt, interest, and penalties to the federation. Thus, during his tenure, the union operated on razor-thin margins.

"I've been reaching out to national for three years," sighs Krc. "We needed help. We didn't get it."

The federation appointed Steven Begnoche, a music educator and performer who's worked for Houston and San Antonio's music unions, as trustee for Local 433. Begnoche acknowledges it will take time to pay down the debt. That process, he says, begins with cutting expenses, followed by direct contact with union members to educate them on how the union can help.

"We take what you want to do artistically and legitimize what you do physically," he says. "We have contracts, pensions, and programs – a piece of paper for everything you do whether you're a live or recorded music performer and everything is kept on record at the union office for future reference."

The relationship remains a basic one: If the union helps musicians flourish financially, then Local 433 reaps dues that will decrease the debt. Membership runs $197 annually. In Blumenthal's letter citing the rationale for the trusteeship, what that nets – in part – is a "collective bargaining representative of the musicians of the Austin Symphony Orchestra," the ranks of which make up a large part of the union's 320 members.

Austin Symphony Executive Director Anthony Corroa says the union doesn't play a major role in their tri-annual contract negotiations since the symphony's economics are transparent and musicians always get raises.

"The biggest issue with the union, and this is just my opinion, has less to do with the Austin Symphony musicians and more to do with all the other musicians around the city," says Corroa. "They're not joining the union. Right now the club owners are taking advantage of pop and jazz musicians. They're not paying them anything because they don't have representation."

Begnoche claims he can build membership by reaching out to all members – all levels, all genres – and empower them to legitimize their business to the extent that they can have contracts for gigs, which will translate into revenue for the union through payment of work dues. That's a huge order of business considering the majority of club gigs in Austin don't currently involve contracts. A hearing's slated for 7pm, Tue., Oct. 25, at 1106 Lavaca, where all union members will have a chance to be heard on the subject of whether the trusteeship should be retained. With either outcome, it's a sink or swim moment for Local 433.

"It still has a lot of value to musicians and I have hope for it," offers Krc. "The goal of this trusteeship is to get it turned around and financially stable. I don't know if they can do that without forgiving the debt, which they've declined to do in the past. The other option is it gets absorbed by another local like San Antonio.

"That would be an embarrassment – if the 'Live Music Capital of the World' didn't have its own union."

Fastball could soon be making an unlikely appearance on Billboard's hip-hop charts thanks to Machine Gun Kelly. The lanky hip-hop bad boy teamed up with Fifth Harmony diva Camila Cabello for a hit single called "Bad Things" that uses the hook from the Austin trio's 1998 single "Out of My Head." One day after its Friday release, "Bad Things" topped iTunes' global singles charts in nine countries.

"My shit is blowing up right now," laughed Fastball singer/bassist Tony Scalzo over the phone three days after the buzzy song's release. "The cool part is it brings interest in the original song and the band. It's not like winning the lottery or anything. I don't really know what the dough situation with YouTube and Spotify plays is, but I got a pretty good cut from publishing."

Scalzo says he likes "Bad Things" and was amused Cabello flipped his heartfelt original lyrics to be about masochistic love: "Don't matter what you say/ Don't matter what you do/ I only wanna do bad things to you/ So good that you can't explain it/ What can I say? It's complicated."

"At least it's monogamous," cracked Scalzo.

He and bandmates Miles Zuniga and Joey Shuffield are currently more pumped about Step Into Light, Fastball's first album since 2009's Little White Lies. The Frenchie Smith-produced disc is expected to hit the market in the spring accompanied by three already-shot videos by friend Nigel Dick, who directed seemingly every famous music video of the MTV era from Guns N' Roses to Britney Spears. Fastball's next local gig arrives Nov. 5 at the Parish.

End of an Ear has relocated. The homegrown record shop, with deep selections of metal, jazz, psych, and reggae, has exited its 11-year home on South First and loaded into the old Action Pawn building at 4304 Clawson, near the intersection of Ben White and Manchaca. The new space is considerably larger than the original property, which was sold and slated for redevelopment earlier this year. Vinyl bingeing resumes Friday.

Ethan Azarian serves up his latest platter of starry-eyed realism, titled When You Were Young, Wed., Oct. 26, at the Cactus Cafe. He'll be backed (as usual) by saw-bowing, phone-singing sideman Jeff Johnston and (less usual) by Lindsey Verrill on cello. The ex-Orange Mothers frontman, also famous for his colorful, upside-down cow murals, crests with brilliant simplicity on the warm, engaging freak-folk collection. Appropriately, Azarian's 7-year-old son drew the album cover.