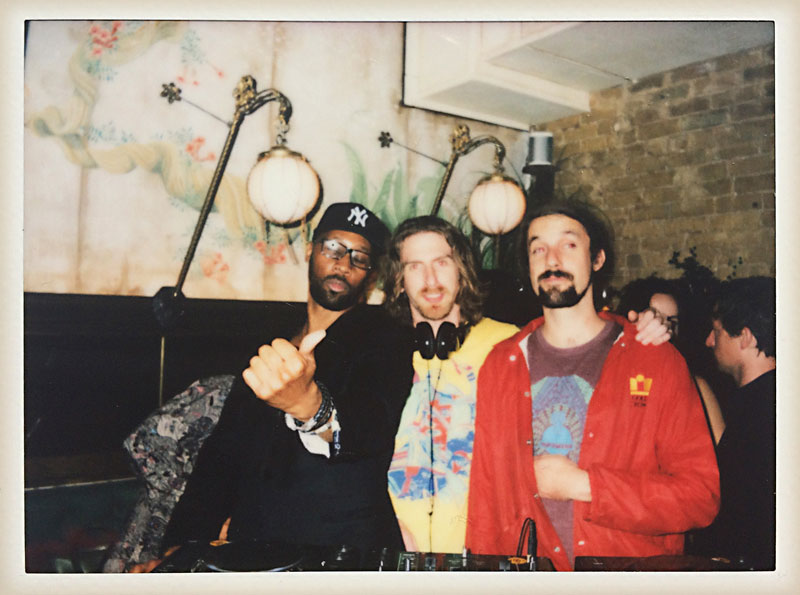 "There's no other coordinate in the universe that you'd rather be at than right here, right now," Matthew McConaughey declared Sunday evening in Zilker Park. Moments later, at the second weekend of the Austin City Limits Music Festival, Willie Nelson gave us a trademark Austin experience.

Thousands of young hipsters, old hippies, and locals with braids beneath bandannas gathered on the grass (see "ACL Fest Weekend Two Live Shots"). Many were Willie virgins; others were no stranger to the Red Headed Stranger. The 83-year-old Buddha of outlaw country maneuvered medleys ("Crazy," "Night Life," "On the Road Again") interspersed with squirrelly bursts of nylon-stringed Triggery.

Out on the lawn, smiles abounded. There hadn't been a more joyously tranquil vibe at ACL Fest all weekend. Maybe not ever.

Technically, it was a travesty, too: Willie Nelson opening up for Mumford & Sons. Yet it felt more like a headlining love-in for Austin's musical grandfather. Big-screens rolled footage of Nathaniel Rateliff, Local Natives, and Ray Benson toasting Nelson before settling on an aerial view of the festival grounds overlaid with the text "Thank You Willie." In alternative tribute, the audience burned so much marijuana it's surprising the Samsung stage didn't catch fire like their Galaxy Note 7 phones.

Nelson had only played ACL Fest once before, in 2006. Chief booker Amy Corbin called his appearance at the event's 15th anniversary "the perfect gift to our fans and ourselves." Another gift: Willie's especially tender rendition of "Angel Flying Too Close to the Crowd." As the sun began to set, Willie walked offstage and shook hands with Mayor Steve Adler. For most musicians, meeting the mayor is a real honor. In this case, it's the other way around.

He was still sound-checking when Steven "Flylo" Ellison came in.

"I turned the sound off and he says, 'Turn the music back on, I'm peaking!' That's when I knew this was going to be an interesting night," recalls Brown, who soon had the psychedelic producer posted up near the DJ booth, eyeing his selections. "He was watching everything I did, nodding his head, giving the okay hand symbol, fist-bumping me, all while Thundercat was dancing his ass off."

For Brown, it felt like his musical journey had culminated in one dreamlike fiesta where his favorite musicians grooved to his work. Of course, Yorke no-showed, but the party raged on for 150 lucky people packed in a tiny room where LCD's Pope played a set of dancey electro music before Banks and RZA DJ'd trap, hip-hop, and their latest collab, ACL highlight Banks & Steelz.

When more music was needed, Rey enlisted Mike Manewitz, a full-time computer programmer/part-time DJ, who helped set up the event and busted out the thumb drive from his personal collection – an unexpected turn for his night.

"Playing to a packed room is not at all what I expected, but the energy was insane," says Manewitz, whose experience became more surreal when RZA got on the mic, hyping the crowd, pouring Dom Pérignon, and toasting Flying Lotus. Digging it, RZA asked for his new collaborator's DJ name.

"Give it up for DJ Mike Manewitz,"laughed RZA. "He'll be here next week!"

Austin pop sophisticate Walker Lukens releases his latest EP, Never Understood, this Friday – consummated with a free Waterloo Records in-store (5pm), then a release show at 3ten ACL Live that night. The four-track effort pulses with the pianist/guitarist/vocalist's lyrically dense, rhythm oriented pop-rock reminiscent of David Byrne and Spoon, whose drummer Jim Eno produced the EP. Over the last week, "Playback" conducted a text interview with Lukens without his knowledge.

Austin Chronicle: I noticed you've made "Walker Lukens: Make American Lifted Again" campaign yard signs. Does this mean you're running as a third-party candidate and not voting for Hillary Clinton?

Walker Lukens: Look, I can't really say definitively what will or won't happen between now and November 8. I can tell you that I have more Spotify plays than any of those bozos. I can tell you that there's a lot more of my hair and that it costs less to maintain. I can also tell you I'm the only one who's actually enrolled in Obamacare. Stop Making Sense, Kevin. Who did let the dogs out? MAKE AMERICA LIFTED AGAIN.

AC: Your song "Lifted" hit No. 1 on the specialty show radio charts. Have you seen any impact from that?

WL: It was there for three weeks! Ya, there's been some impact. Got a lot of dudes who read about music before they listen to it spinning my songs, which, if I'm being honest, is probably who I make music for ... since I'm one of them. I think the real test will be when we hit the road and once the EP comes out.

AC: Yeah, KUTX has been humping it dry. It's the beginning of "Walkermania," but aside from "Lifted," what do you think is the best song on the EP?

WL: My favorite is "Never Understood," I think. I've never made "headphone music," but I think it's as close as I'll probably ever get.

AC: I slept through your ACL Fest performance. Did you request to play at 11am?

WL: Obviously his Molly hadn't worn off from the Major Lazer show. I think this was a good review. I'm so hung over you could poke me and Lone Star would squirt out. The Brass House, a venue and restaurant dedicated to jazz and blues, closed permanently on Saturday. In a Facebook post, owner Jason White blamed a lack of free parking and "the rising tide of the downtown Austin rental market," plus "unforeseen circumstances" as contributing factors to the club's closure. White and fellow military veteran Gene Todorov opened the elegant San Jacinto venue in early 2013.

Margo Price had an epic Sunday last weekend in Austin. Recent recipient of the Americana Music Awards' Emerging Artist of the Year, she performed a second time at ACL Fest, then joined Willie Nelson during his finale, before heading to the Continental Club where she sang with Heybale. 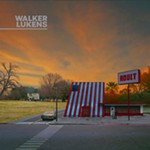