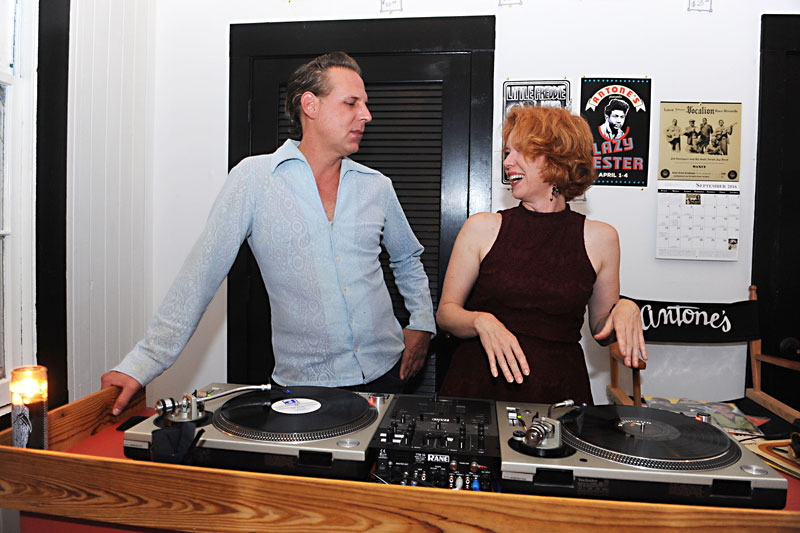 The careful resurrection of Antone's was nearly complete:

• Double down on the club's dedication to the blues – check.

One last item on the checklist of capturing the nightclub's original vibe: Open a vinyl annex!

"It was a place for the musicians to hang out during the day," said Steve Dean, who was inspired to create OK Records after witnessing Antone's opening night. "These blues greats would go cane pole fishing at Town Lake, then come back to OK Records with a bottle and drink, gamble, and play records." 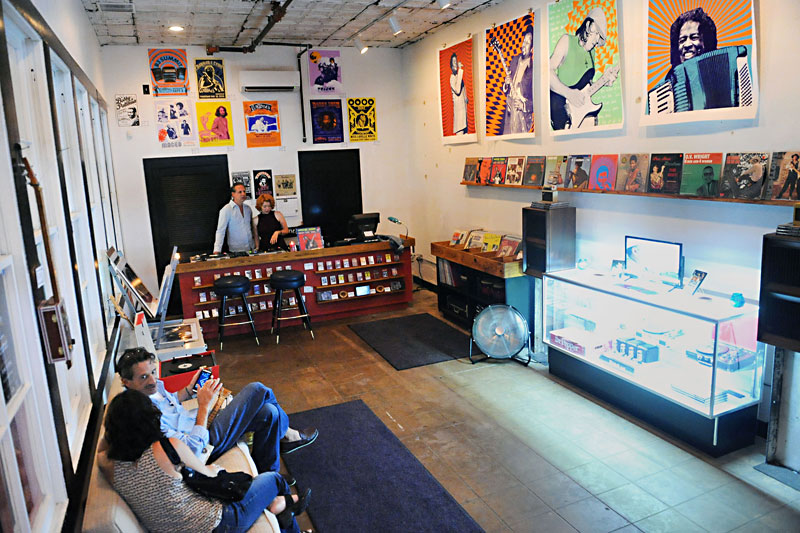 "It has to be a gathering place to hang out, drink a beer, and talk about music. That's why there are stools in front of the turntable," insists Waggener, who stocked the shop's small but obsessively curated collection of blues and soul LPs with Magic Sam, James Cotton, Irma Thomas, Bobby Rush, Barbara Lynn, Clifton Chenier, and Jimmy Reed. "Many have historical significance as key records from artists who played at Antone's."

Since "Antone's Records" is already taken, Susan Antone christened the shop after a seminal influence on her brother's musical tastes, Coolidge Henry, an older African-American gentleman who worked at their family imports/wine/liquor business in Port Arthur when she and Clifford were young.

"Henry had a little radio in the warehouse, and that was the first time we'd heard Bobby Blue Bland and Jimmy Reed," Antone recalls. "He and Clifford were the best of friends and, in a way, Henry mentored Clifford in blues and soul. He led him there."

Years later, "Big Henry" visited Austin where he was treated like a dignitary at his friend's nightclub.

"Clifford was as proud for him to be there as our parents," Antone says of Henry, who died at least a decade before Clifford did in 2006. "Everyone who played the club was crazy about Big Henry. He was a man among men with a great sense of humor who knew so much about life, music, and humanity."

Perhaps you woke up from your debate-induced coma on Monday to see Jackie Venson playing guitar on a special live episode on Late Show With Stephen Colbert. The Austin guitarist and songwriter was all smiles standing behind fanciful, melodica-blowing bandleader Jon Batiste as they performed on the bandstand, and in the audience.

Venson was already psyched about her September schedule – a CD release at Antone's and an appearance at tonight's sold-out All ATX concert at the Moody Theater – but then she got the mind-blowing call: five episodes of Colbert, filling in with house band Stay Human. To say the jazz/funk/rock/pop fusionists keep her on her toes is an understatement.

"Oh my God, I'm not even on my toes – I'm floating," laughs Venson. "Jon Batiste is so improvisational! When I first got there, they gave us a script with what we play when we go to the cuts. It's a list of songs, like 'Superstition' or Talking Heads, and we'll start playing those songs, but within 15 seconds, Jon's eyes light up and he reharm[onize]s it into something completely different.

"I just try and hang on to whatever brainwave they're on."

Venson's wild ride began with a two-night run in mid-September, which included her standing center frame, playing guitar, and singing backups for rappers Mac Miller and Anderson Paak. Her stint continued this week, Monday through Wednesday. It's unknown if she'll be called upon for more, but the show's grand poobah gave Venson a warm welcome.

"I told [Colbert] I was happy to do this because stuff like this doesn't happen in Austin every day," she recounts. "He said, 'Well, Austin's a really cool town.' I told him New York's cool too, and he said, 'Yeah, but Austin is REALLY cool!' I said, 'Yeah, you're right.'"

The Scoot Inn hosted a grand reopening last week, unveiling changes to the historic Eastside property. The biggest change: an antique-y remodel of the interior. The indoor stage is gone, but pianists will tickle ivories on a baby grand Wednesday through Sunday.

Chris George, operations manager for owners ATX Brands, said they plan to slot roughly 60 shows annually in the Scoot's 1,000-capacity outdoor space. The Scoot Inn and sister-venue the Parish will no longer be partially booked by C3 Presents, says George. Now both calendars will be filled in-house by Austin Bailey and national agency the Madison Company, and any outside bookings would now be co-promotion splits.

My Gun Is My Plus-One

"There are a lot of things this country needs more of, but guns aren't one of them," wrote the East Coast folker in a statement to fans, later adding that he'd requested a special exemption to make the show gun-free, but was denied by the university.

"Martina McBride played the same venue Mr. LaMontagne was scheduled to perform on September 17 without any issues, and Disney's Newsies the Musical kicks off there tomorrow," NRA representative Lars Dalseide commented. "You have to wonder if the cancellation was an attempt to grab headlines considering he played a venue in Utah that allows concealed carry just three days earlier."

This made "Playback" wonder what other venues can I show up to packing heat? Texas has no specific restriction barring guns from concerts, but it's a felony to carry at a business that derives 51% of revenue from alcohol sales. Looking up 51% businesses on TABC's database, I ruled out almost every music venue in town: Mohawk, Emo's, Moody Theater, Hole in the Wall, the Long Center – even the Broken Spoke! The only venues that didn't sell 51% booze and therefore could welcome guns were Stubb's, Threadgill's, and Strange Brew. Alas, all of those venues have chosen to ban firearms from their premises.

Even Cactus Cafe prohibits firearms thanks to the 51% exemption, confirmed UT Media Relations Director J.B. Bird. Yet because of campus carry, the rest of UT's venues are open to gun-totin' music-lovers: Texas Union Ballroom, Bass Concert Hall, KUTX Studio 1-A, Bates Recital Hall, and McCullough Theatre. Those last two mostly host classical music, but that's okay. Nothing like listening to Brahms with a loaded Glock in your waistband.

Signs of the Times

With the presidential election just six weeks away, expect political themes to infiltrate the custom flagpoles – often called "rage-sticks" – that ACL Fest attendees carry around Zilker Park to mark their territory and locate friends. Here are some free bad ideas for your political totems:

• "I'm With Her" signs, but with Yolandi from Die Antwoord instead of Hillary Clinton.

• "Willie for President" (Likely with a pot leaf drawn on it).

• Cardboard cutout of Rick Perry from Dancing With the Stars.