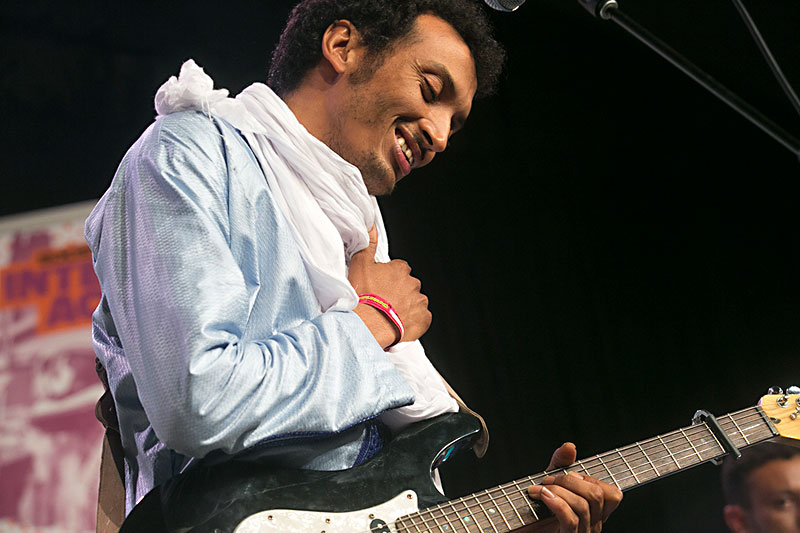 "There's always music in Niger to mark any occasion, like a birth, a marriage, a funeral, or just a party," remembers Bombino, via email, of his early years in West Africa. "I was always around music as a child, but mostly traditional Tuareg music."

The 36-year-old Saharan guitar wizard fuses that with blues, rock, and reggae to thrilling results on Azel, his fourth LP.

"I discovered Western rock music when I was about 9 or 10," he writes. "I was living in Algeria with my parents and some cousins as a refugee of the Tuareg rebellion in Niger at the time. My cousins showed me videos of great musicians like Jimi Hendrix and I became obsessed from that moment. This was a man that was free in a deeper sense than I had known before.

"It filled my heart with a joy and love I cannot describe. I wanted to pursue this feeling for myself and made it my mission to do so at that moment. This is still the feeling that inspires me when I step onstage today."

Over swirling nomadic blues, Bombino sings mostly in his native tongue of Tamasheq, but he isn't concerned the message will be lost in translation.

"Maybe they do not understand the words, but they can understand naturally the deeper meaning of the song. If I am singing about love or loss or longing or about fraternity, I think this comes across in the energy that is shared between us and the audience."

The life of an acclaimed touring musician isn't exactly the one of his ancestral homeland, yet parallels exist.

"Your feeling of home becomes not a place but the people with whom you are surrounded. Now it is my band that are like my family. They give me this sense of home no matter where we are in the world." 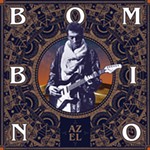