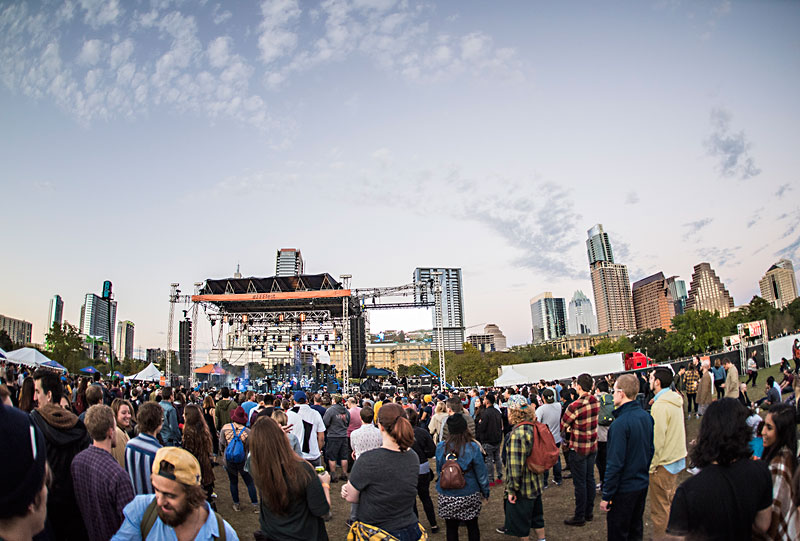 Cat's out of the bag on the worst kept secret in Austin music: There will be no Fun Fun Fun Festival in 2016.

Stratus Properties CEO Beau Armstrong, whose company gained ownership of the FFF Fest brand as a debtor's asset when Stratus acquired former partner Transmission Events in May, has confirmed to "Playback" that the festival will take a year off.

"Beginning in 2017, Fun Fun Fun Festival will move to Halloween weekend," commented Armstrong, whose real estate company owns the W Hotel and ACL Live at the Moody Theater. "The city – the mayor and the Parks department in particular – have been very supportive and have worked diligently with us to make sure FFF continues. We are currently undergoing a competitive process to find the right operating partner for 2017 and beyond, and therefore will be taking this year off.

"There has been a lot of interest and hopefully we will have something to announce within the next few weeks."

The news comes four months after Transmission underwent a major change in leadership. Austin's largest indie concert promotions company, founded in 2007 by longtime Emo's booker Graham Williams and Mohawk owner James Moody, joined forces with Stratus in 2013, giving them financial backing and accounting services. This spring, amongst disagreement over how much of the businesses' efforts should be focused on club shows, Moody and Williams walked away from Transmission – with the latter starting a new booking concern called Margin Walker Presents.

It wasn't a clean break.

In repayment for outstanding debts, Stratus took control of the Transmission and Fun Fun Fun Fest brands. Since what many term "the divorce," the fate of FFF Fest has remained in question. Stratus/Transmission teased an announcement in early June that never happened. For Margin Walker, their former partner's silence about FFF not occurring has proved troublesome in light of their competing event: Sound on Sound Fest, Nov. 4-6, being staged in nearby McDade.

"We've asked them to make some sort of statement from the beginning," reveals Ian Orth, Transmission's former director of brand marketing and current Margin Walker marketing director. "Their last social media post was in May. It's been demeaning to everyone who put years of hard work into building FFF."

Orth says Stratus executives made it clear at an all-staff meeting in February that FFF Fest 2016 wouldn't happen. FFF had been a tense topic since the previous November's run was financially unsuccessful. At a time when the company should have been advertising early-bird tickets, FFF Director of Production Max Gregor says the team was ordered to re-strategize the event.

Six variations were outlined, including a venue-based model, a one-day park event, and a simpler, back-to-its-roots FFF. Gregor says Stratus leadership doubted the financial solvency of the models presented, killing all hope for FFF 2016.

"Beau actually suggested that Graham book the Grateful Dead and John Mayer for two nights and call it Fun Fun Fun Fest," Orth recalled. "They didn't get the vision."

Williams can't legally comment on Transmission-related matters, but Orth says that – to his knowledge – Stratus executives have been trying sell FFF Fest to Live Nation and other national promoters.

"What happens when you sell something so inherently Austin to a national corporation is it would turn into something it's not," says Orth.

Meanwhile, Sound on Sound hopes to re-create FFF's cultural magic. While the creative team behind both is nearly identical, the big difference remains location. Because of a noncompete clause with Stratus, SOS will be held 45 minutes outside of town.

"The lineup we have was booked by Graham as FFF Fest first," he offers. "When FFF wasn't going to happen, we couldn't string along bands and agents because it would implode the trust we have with them. If we did that, how would I run my venue? How could Graham run his booking operation?"

"The only fest that can take a year off is the Olympics," he says. "You lose all momentum and essentially have to start from scratch."

Not coincidentally, "Playback" has learned that Stratus is suing the organizers of Levitation, which partnered with Transmission in 2014. The psychedelic music festival, now traditionally put on at Carson Creek Ranch, was canceled this year due to inclement weather. The civil petition, filed on July 28, takes aim at Levitation owners Rob Fitzpatrick, Alex Maas and Christian Bland of Austin psych-rock stars Black Angels, and Oswald James – collectively known as the Reverberation Appreciation Society (RAS). Stratus, filing as FFF Presents, demands $296,502.02 plus punitive damages, legal fees, and interest.

The suit arrives at that figure from debt related to production costs and a 50/50 profit split over the last two years since Transmission began co-producing the event. The suit alleges that RAS has an outstanding tab of $70,352.99 in connection with the 2015 fest. For the 2016 fest-that-wasn't, Stratus calls for backline fees of $175,528.22 plus third-party vendor obligations of $50,620.81.

The legal filing shows that Levitation is on the receiving end of a $2.5 million insurance payout from Ascend Insurance Brokerage and contends that, at the time of the filing, RAS had received $2 million and was awaiting the rest. Stratus' lawyers allege that RAS has paid out $1,656,459.90 for talent, refunds, and marketing expenses, and states RAS has outstanding obligations of $836,317 in connection with the 2016 fest – including Transmission's claim.

The lawsuit also charges the Levitation promoters with "constructive fraud" because they allegedly utilized Transmission invoices for insurance purposes, then refused to pay Transmission from the ensuing proceeds.

In emails with Transmission General Manager Bobby Garza, deposed for the suit, Fitzpatrick acknowledges Levitation losing money in 2015 and 2016, and asks to be released from the co-promotion deal with Transmission.

"I need a legal document that frees us from our contract with TE," wrote Fitzpatrick. "This is not the same company we agreed to do business with, it has changed fundamentally. Let's please get this done and move on. These past two years have been extremely difficult for RAS and the festival. TE was not in a position to perform – clearly there were internal issues that prevented TE being able to focus on Levitation."

In fact, Fitzpatrick's assessment that Transmission has "changed fundamentally" aligns with the company's downsizing since spring. When the initial changeover happened, some Transmission staffers declined to work under the new leadership. Midsummer, Gregor – anchor of Transmission's event production arm – left the company.

"Beau Armstrong said he wanted to focus on corporate event production," recalls Gregor. "That's the ultimate unfulfilling thing for me. I like putting on varied events in my vocation and music production is one of the things I'm passionate about."

Gregor told GM Bobby Garza he wouldn't be content doing only sponsorship events and wanted to work with Williams on Sound on Sound, which he says led to his termination. He's since started his own production company, which will stage Sound on Sound.

That left six people employed by Transmission. Late last month, rumors swirled that all remaining TE employees had been let go. Garza's Transmission email address now bounces back with a "I'm not working at Transmission Events any longer" form response, but he declined to elaborate further.

Director of Operations Moira Rey, when asked by phone if she's still at Transmission, hesitated then said, "I'm helping them out." Rob Glynn, who operated the warehouse, confirms he was let go. Sawyer Stoltz declined comment. Erick Sanger and Neil Maris couldn't be reached.

In his statement responding to questions of Transmission's staff being let go, Armstrong wrote that the company is "no longer in the third-party production business" and will focus on FFF Fest and events at ACL Live. 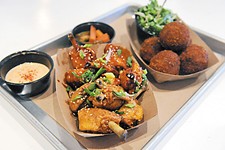