In the early part of this new century, Adam Torres became a cornerstone to the small university town of Athens, Ohio, first as a collegiate member of burgeoning indie folk-rock act Southeast Engine, then for his 2006 solo debut Nostra Nova, a haunted slice of Appalachia reissued just last year. Relocating to Austin in 2011 to pursue a master's degree at UT, Torres brought his cult status with him, one built on picturesque songs crafted by a Northeastern native. One imagines him a lone troubadour perched upon a rock in the foothills, cradling his beat-up guitar in the shadows of a prehistoric mountain range. Recorded locally, Pearls to Swine follows this thread with languid acoustic ruminations and midnight melancholy. Nostra Nova gleaned a hooky pop sensibility in the tumbleweed stomp of "Breakneck Jane's Fifteen Minute Escape" and straightforward rock flourishes on the buoyant, Seventies-twanged "El Vuelo de la Paloma," but Pearls to Swine forgoes both for lonesome lamentations. Gifted a falsetto reminiscent of famed Kentucky balladeer John Jacob Niles (1892-1980), his voice soars along rural Americana and across desolate plains ("Where I'm Calling From"). Through the tense, starry twilight of "Outlands," tranquil, meandering rivers and sprawling juniper trees ("Juniper Arms") outline a rocky terrain wherein "Some Beast Will Find You by Name." To that topography, add Adam Torres. (CD release: Cactus Cafe, Saturday, Sept. 10) 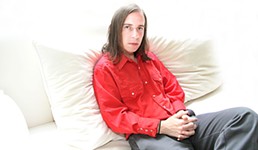 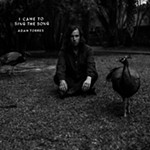 Adam Torres
I Came to Sing the Song (Record Review)