Titan of the Telecaster Bill Kirchen

The guitarist settles in Austin but flies Transatlanticana 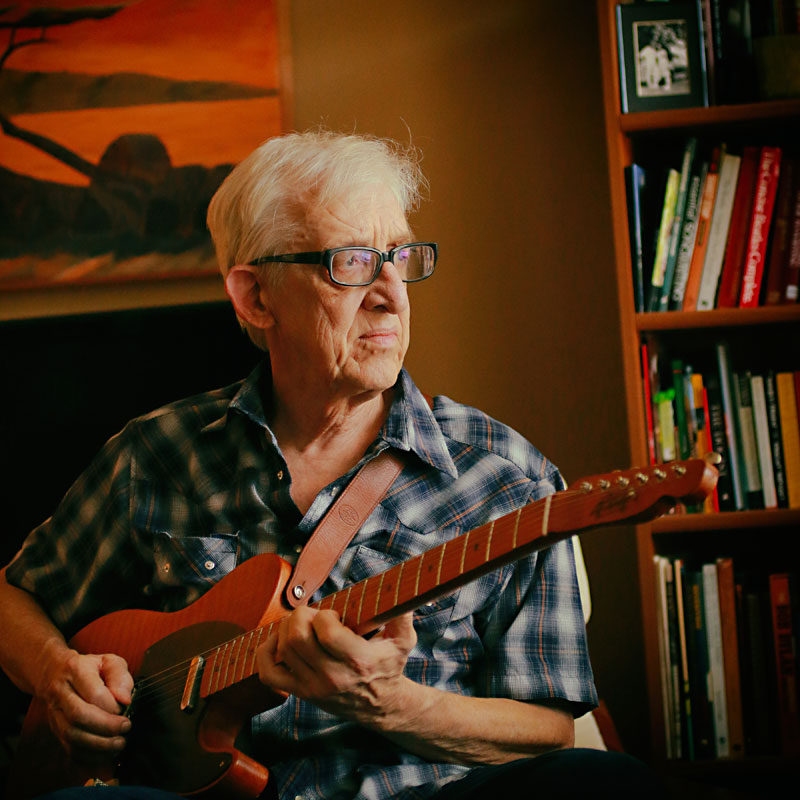 Transatlanticana, the new album from guitarist Bill Kirchen and keyboardist Austin de Lone, closes with a red-blooded version of Bob Dylan's "The Times They Are A-Changin'." It's an unexpected, seemingly political turn after a disc of good-natured country and rockabilly seasoned with semi-sweet R&B. Kirchen, 68, admits that his music – going back to the early Seventies with the riotous Commander Cody & His Lost Planet Airmen – never had a civic side.

"The political things the Cody band stumbled into were because that's where our heart lay," he says in the kitchen of his rambling Southwest Austin home. "But we didn't go out of our way to do those things. We played in Alcatraz in San Francisco after the Indians had occupied it. It was one of our first gigs. It wasn't active and they took it over.

"We did rallies, but it wasn't really our thing."

Kirchen began covering the Sixties anthem eight or so years ago as a reaction to Barack Obama's initial run for president. The self-described "unrepentant folkie" witnessed Dylan at the Newport Folk Festival in 1964 and 1965 during his coming of age in Ann Arbor, Mich., an important stop in the genre's heyday.

"He sang solo at my high school in 1963 or '4," recalls the Connecticut native. "I went to Newport in 1964. I had just turned 16. I hitchhiked from Ann Arbor and slept on the beach with a banjo my mom had in the attic. I wanted to be Mississippi John Hurt.

"In Ann Arbor, there was a folk and a country-blues scene, and it was all accessible to me. I went back to Newport in '65 to see Dylan go electric. Before the Cody band came along, I started with the Weavers and Pete Seeger, which were political. John Hurt was the lighter stuff. I saw Son House and Skip James and people like that, but he was more accessible to me growing up.

Things changed drastically when Kirchen met up with Long Island-via-Boise singer /keyboardist George Frayne, guitarist John Tichy from St. Louis, and Alabama harp slinger Billy C. Farlow in Ann Arbor in 1967. Frayne became Commander Cody, and the band named after an episode of a science-fiction film serial pioneered an amalgam of country, rock, swing, and rockabilly markedly different from the more folk and bluegrass-oriented country-rock bands of the time. They headed to San Francisco two years later, where they scored a Top 10 hit in 1971 with a remake of Fifties proto-rock hit "Hot Rod Lincoln."

In California, he began an enduring association with Fender's Telecaster guitar and was crowned the "Titan of the Telecaster" by Guitar Player magazine for his signature twang. The original "Cody band," as Kirchen calls it, broke up in 1976, but the sound survives on the eight solo albums he's made since the Nineties and in his aggressive live performances.

"Leo Fender was based around Bakersfield and had a lot to do with that sound," explains the guitarist. "I swapped out a Gibson SG for a Tele because I wanted to sound as much as I could like Roy Nichols, James Burton, and Don Rich. Since then, it's never let me down. It's like a Coke bottle. It's a design that's lasted 60 years now."

"I first met him in '68 or '69 at the Freight & Salvage. I was playing in a band and Kirchen was in the audience," he recalls. "We did a James Brown thing and afterward he came up to us and said, 'I can't believe you were doing the camel walk. That's me!'"

De Lone's band Eggs Over Easy is credited for starting the early-Seventies "pub rock" craze in the UK. A back-to-basics reaction to the progressive and self-important rock bands of the time, the movement included Brinsley Schwarz, Dr. Feelgood, and Joe Strummer's 101ers, all eventually leading to punk and New Wave producing Elvis Costello, Nick Lowe, and Graham Parker.

"We were in London for just about a year," says de Lone. "We made a record with Chas Chandler [bass player for the Animals and producer/manager for Jimi Hendrix] that was never released. At the end of the year, the whole pub rock thing was beginning to blossom and we moved back to the States."

In New York, the band signed with A&M Records and, in 1972, released Good 'N' Cheap, produced by famed guitarist Link Wray. In a weird twist, they opened for bands like the Eagles and Yes, but disbanded by the end of the decade. The 2-CD Good 'N' Cheap: The Eggs Over Easy Story encapsulated the "Godfathers of Pub Rock" earlier this year.

"It's a weird coincidence that Bill and I are doing this record at the same time Yep Roc is releasing the whole Eggs Over Easy retrospective," chuckles de Lone.

After the Cody band broke up, Kirchen formed the Moonlighters, a ninepiece country swing act that morphed into a rootsy, skinny-tie quartet with de Lone on keys. Nick Lowe produced 1983's Rush Hour, which wasn't released in the U.S. In 2013, Transatlanticana began taking shape in Austin. A Kirchen tour of England with de Lone and the team that runs Proper Records in the band led to half the new album being recorded in London and de Lone getting co-billing. "Austin has always been on my records," explains Kirchen, "but I've never made a record with him."

The teaming yielded a remarkably seamless mix of originals and covers, including an unreleased Butch Hancock song, "Oxblood," with the Flatlander singing along. The two traveled the same club circuit for decades, but their musical friendship blossomed at Kirchen's recent engagement as co-host of the Mystery Monday residency with Christine Albert at South First eatery El Mercado.

"Ever since the Commander Cody days, he's been one of my favorite guitar players on the planet – or maybe I should say the Lost Planet," quips Hancock. "He learned that song from me playing it on Mondays. I never have recorded it. His wife Louise is a good songwriter too."

"Bill brings iconic guitar playing, supportive musicality, showmanship, warmth, intelligence, wit, and a deep well of great songs," affirms Albert. "He's become like a big brother to me and it brings me so much joy to share the stage with him week after week. Austin was made richer on many levels when Bill and Louise Kirchen moved to town."

Relocating from Maryland to Buda in 2004 to help care for Louise's ailing father, the couple of more than four decades returned back east three years later, but settled locally for good in 2011 once their only daughter Julia moved to Austin. The Kirchens now have two granddaughters.

"Louise had been going to Mystery Mondays when I was on tour," says Bill. "Then I'd fly in on Monday afternoon and we'd go to El Mercado, where they'd get me up onstage. The next thing you know, Christine decided to have me as a co-host. It's a golden opportunity to interface with the Austin music community. I'm enjoying the heck out of it."

A version of this article appeared in print on August 26, 2016 with the headline: Planet Telecaster 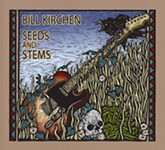