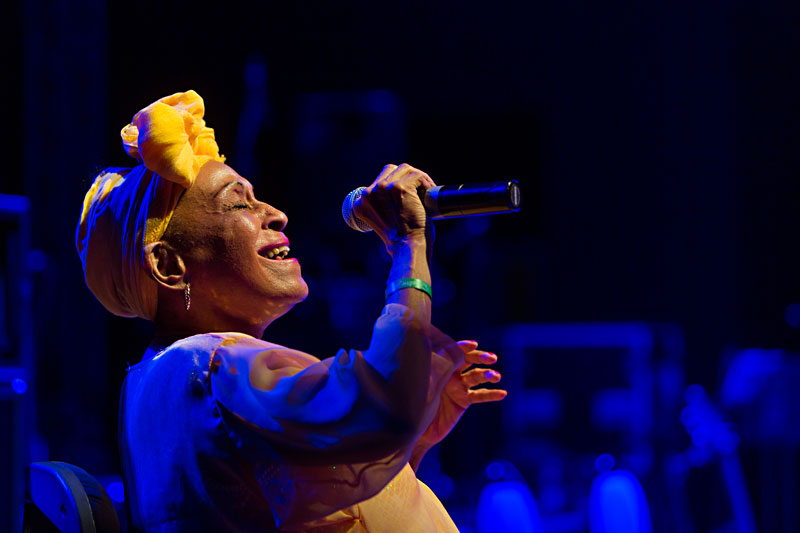 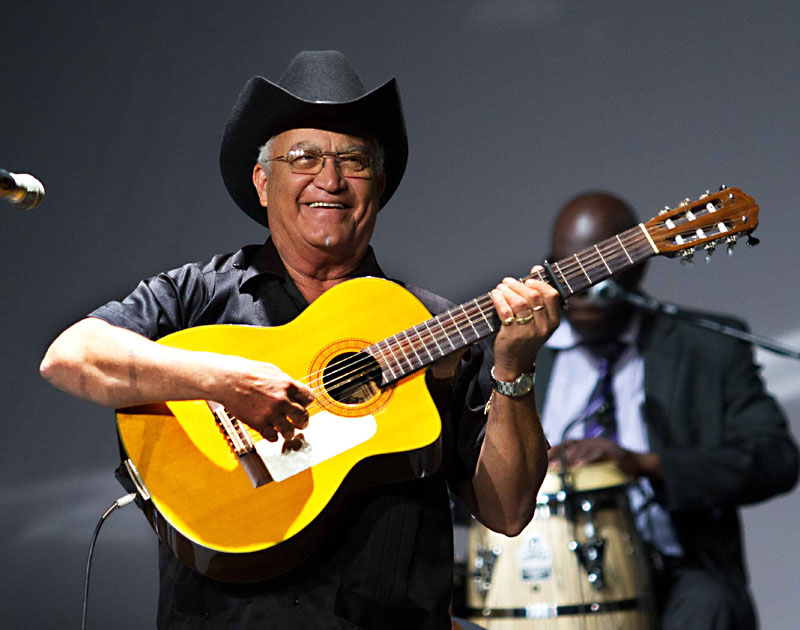 Living in this manner – "Music is my heaven, earth, sea, sun, happiness, and reason" – Cuban legend Omara Portuondo is the personification of the Caribbean's devotion to culture. Encompassing a million square miles and some 700 islands – home to more than 40 million inhabitants – the region's influence on Latin culture remains somewhat downplayed, yet the musicians of her native homeland never let Cuba's politics overshadow its arts.

In 1996, when journeyman guitarist/producer Ry Cooder traveled to Havana and recruited a group of Afro-Cuban all-stars to expose their romantic sabor to the rest of the world, neither he nor the 13 veteran instrumentalists and singers involved expected the project to become a movement, let alone a subgenre in and of itself. Not only was the collective, dubbed the Buena Vista Social Club, illegal – Cooder was fined $25,000 for violating the U.S. Trading With the Enemy Act – but the "golden age" Cuba of the Forties they tried to resuscitate didn't resonate among its populace anymore.

In fact, after the politically driven nueva trova movement took the place of jazz-influenced mambo, rumba, and son in the Sixties, traditional Cuban músicos felt at a loss. Around that same time, the number of Cuban immigrants in the United States had more than doubled to 163,000.

"The opportunity to represent our music around the world is what I love the most," says Portuondo in Spanish from a solo tour stop in Madrid. "We are a country that has a little bit of everything. We have parts of Spain, we have the African part, so being able to share the stage with great artists that represent every part of my country and share that with the world is the most important thing to me."

Capitalizing on BVSC outreach, the individual members of the group subsequently thrived on their own. "Cuban Nat King Cole" Ibrahim Ferrer (1927-2005), gold-fingered pianist Rubén González (1919-2003), and armónico creator Compay Segundo (1907-2003), who was old enough to call Fidel Castro "one of the good guys," latched on to this ache for foreign nostalgia instilled by the film and album. Ferrer even led a cross section of the larger group in an Austin City Limits taping in 2001. Despite their fellow club members' passings, Portuondo and Ochoa revived the project in 2010 via the Orquesta Buena Vista Social Club.

Past the Orquesta's final "Adios" tour last year, Ochoa and Portuondo have splintered off into a dual live pairing. Both take their ambassador status as seriously today as two decades back when the BVSC's international adventures began. More importantly, with the major political and cultural shift for their home on the horizon, they're vital figures in a musical torch passing, representing what's left of old Cuba.

Ochoa's signature cowboy hat, a nod to the campesinos (farmers) of Santiago de Cuba, embodies his pride for heritage. ("Us campesinos always use hats to block the sun. When I play music professionally I have to dress it up a bit.") Describing his humble upbringings, this virtuoso of the Cuban tres guitar (three groupings of two strings) shares his biography as if it were a list of accolades.

"I want people to know that I was born in a mountain in Santiago de Cuba called Loma de Avispas," he says from Cuba in thick, Caribbean-accented Spanish. "That's where Eliades Ochoa is from."

Like many islanders, the self-taught musician, 70, grew up in a musical home. Both parents played guitar. When coming home from a full day working in the fields, that's what campesinos would do – pick and grin.

"Aside from being born with a musical instinct, I was surrounded by son," he agrees.

A street corner became Ochoa's first stage at 11, and a cowboy hat doubled as his initial collection box. "I always dreamed for my music to play on the radio, but I never planned for it to be on an international level," says Ochoa, whose rich, intimate tenor leads BVSC anthem "Chan Chan."

Portuondo's career began before Ochoa was even born.

In 1945, at the age of 15, her tenure as a dancer at Havana's Tropicana was facilitated by her older sibling Haydee, who later recruited her into sister act Cuarteto d'Aida. By contrast, the elegant songstress later filled the role of sole woman in the Buena Vista boys club. When she heard Cooder's vision to bring Cuba to the world, she was all in.

"Being able to sing is the biggest accomplishment of my career," she says simply.

Though her speaking voice has been muffled by seven decades of performing, making it slurred and slow even in her native tongue, her onstage presence becomes ever more stately. At 85, she dolls up for performances, eyeliner and head scarf constant companions to a soulful croon matching the stories her boleros bestow.

"Singing is what I'm able to represent my country with," she reiterates. "What is missed the most is being home and being able to sleep in our own bed, but to be able to spread Cuban culture to every part of the world, it's worth it."

"I can say with full confidence that thanks to the quality of the Buena Vista Social Club project and her professionalism, Omara is the Cuban artist that has represented Cuban music around the world the most," he says.

The privileged position of sharing their culture is no longer restricted to these two musicians. The U.S. easing its trade restrictions officially signifies a freedom of exchange that Cubans have been waiting for not only economically, but culturally as well. With this comes a new era, one where neighboring nations can indulge in each other's customs in unison.

"I feel really happy about everything that's going on between these two countries [right now]," enthuses Ochoa, a hint of relief in his voice. "I think Americans are going to think the same, because it's truly a beautiful relationship, and it's a big step, a great progress."

Last year in Austin with the Orquesta, Portuondo and Ochoa still excelled at capitalizing on the past, charming a Long Center audience with lush melodies and spiced Cuban son. Now, they're almost saying goodbye, continuing to pave a path 60 years in the making for emerging artists back home. Embracing the subgenre they helped create one last time, they represent frontiers both old and new.

A version of this article appeared in print on August 19, 2016 with the headline: Alegría y Razón 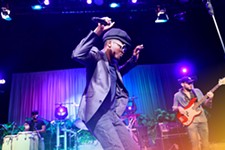