Some of the best and the busiest musicians in Austin populate 10-piece ensemble Hard Proof, comprised of band members from Black Joe Lewis, the Calm Blue Sea, Ocote Soul Sounds, the Echocentrics, and more. As the former Hard Proof Afrobeat, they still take their cues from the funk excursions out of sub-Saharan Africa. Where Fela Kuti's "orchestras" would drown the listener with complex rhythms, political messages, and otherworldly intensity stretching out past 15 minutes or longer, Hard Proof keep things relatively short. Of six songs here, only one, "Painted Flowers," clocks in at more than five minutes, and the whole thing wraps in less than 25. While they're less a jam act than a jazz band, the music is of the spirit. Percussion slithers and shakes, the horns bleat and attack, and guitars fill in the swirl surrounding them without a hint of pretense. Drop the needle anywhere, but the quick bounce of "Revenge" and the near Seventies soul of "Popemobile" make for a good start. 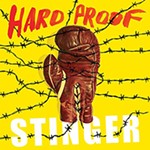 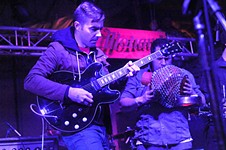