Playback – AAN Convention: Worth the Ink?

Checking the pulse of print media and music journalism 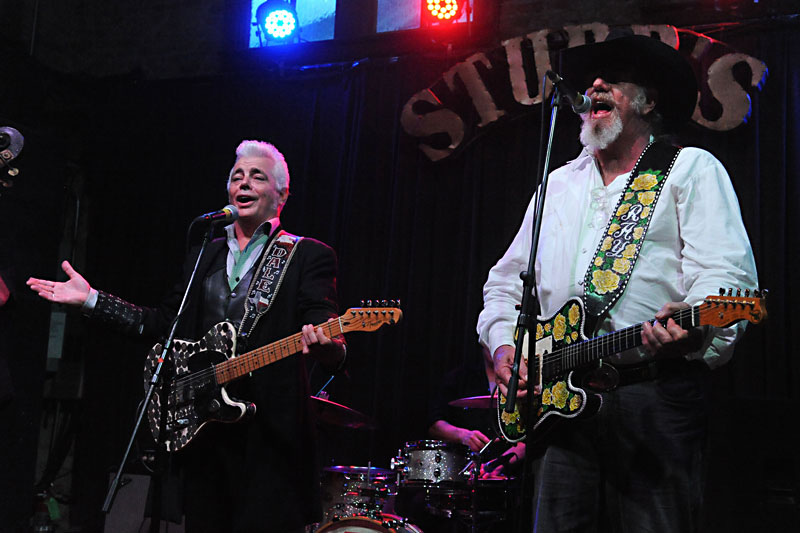 Last week, hundreds of post-apocalyptic survivalists – specifically alt-weekly newspaper staffers from around the country – assembled in Austin for the annual Association of Alternative Newsmedia Conference. As the Chronicle's music columnist, yours truly acted as the unofficial after-hours concierge, directing conventioneers to honky-tonk by Mike & the Moonpies, circle pit for Annihilation Time, and a warehouse party with Sailor Poon. For official AAN festivities, your homegrown host publication served up the musical equivalent of brisket.

Thursday debuted a collaboration between Ameripolitan troubadour Dale Watson and Asleep at the Wheel frontman Ray Benson at Stubb's. Pairing the two most garish Telecasters in town – the former's shellacked with silver coins and the latter's covered in a heifer's worth of leather cactus blossoms – the double-baritone duet offered a glimpse of material from their forthcoming "Dale & Ray" album. The probable title track found Watson stumping for Lone Star beer in contrast to Benson standing ever tall for the hemp lobby.

Friday night, the AAN clan witnessed a private Jimmie Vaughan performance at Antone's. Hours before the Texas legend and longtime Austinite appeared, I overheard East Coast yahoos kicking around his name. "He's Stevie Ray's brother, right? Probably the little brother who used to sleep on Stevie's couch." Before I could extract some size 12s from their pie holes, the elder guitarist, backed by organ ace Mike Flanigin and bedrock beat George Rains, unleashed an hourlong set of instrumentals commingling blues, jazz, and vintage rock, plus a sing-along of Bruce Channel's "Hey Baby" that brought down the house.

Not to be confused with the "Discover the Dinosaurs" exhibit that ran concurrently at the Palmer Event Center, Austin's first AAN since 1993 dwelled on another nearly extinct creature: the alternative print journalist.

"I would imagine that many of you spend most of your energy and effort just staying financially afloat," famous filibusteress Wendy Davis offered in a keynote speech, adding, "We are all better for your willingness to do it."

All involved blew a major opportunity by not booking Alex Jones for a speech. The hometown paranoia peddler, who has pontificated that Chronicle co-owner Louis Black aids the New World Order with anti-gun brainwashing, could have spoken on how Thursday's shooting in Dallas is part of a United Nations conspiracy to overthrow America. Alas, even Jones knows there's no money in print media: His Infowars magazine ceased publication over a year ago. 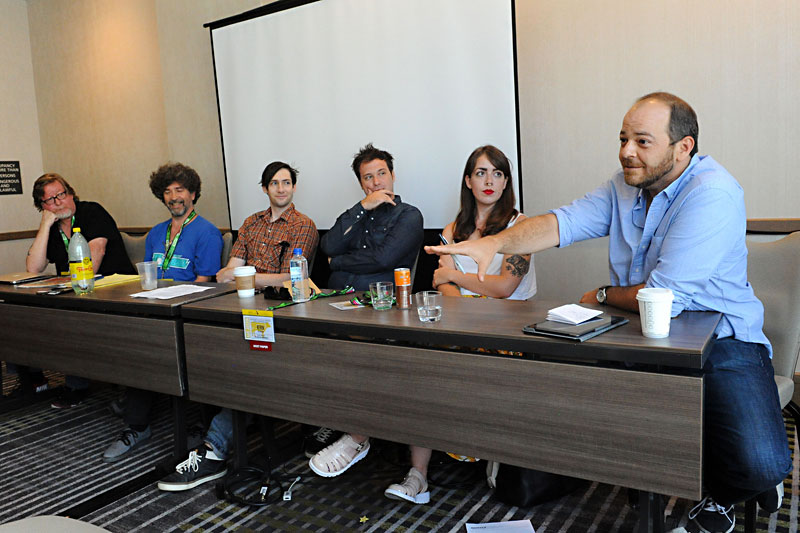 So goes the nation's alt-weekly scene of fallen Phoenixes (Boston) and Guardians abandoning post (San Francisco). The number of local rags going tits up has declined AAN's membership from 135 to 114 since 2009. According to AAN Deputy Director Jason Zaragoza, alt-weeklies in bigger markets have been hit harder due to heavy competition from culture blogs. In other grim news, the Pew Research Center of Journalism tracked an industry-wide drop in circulation last year. The Chronicle, still independently owned by local pirates Black and Nick Barbaro, stayed fairly steady by remaining the fourth most circulated alt-weekly in the country.

Scanning a pop-up library of weeklies, "Playback" noticed most Music sections largely consist of only a short feature and concert previews. The periodical you're reading remains biblical by comparison, boasting around twice the editorial as most others. Yet why waste the ink when music journalism's dead?

That was the question asked at an AAN panel dreamed up and moderated by Chronicle Music Editor Raoul Hernandez, and debated by three generations of the paper's scribes: Michael Corcoran, Andy Langer, myself, and Libby Webster. Hernandez opened the discussion by shoveling dirt on music journalism's coffin.

"Like music in the digital paradigm, the ubiquity of music writing makes it worthless," he posited, explaining that the fall of major labels democratized the field for artists, but also resulted in so many of them that music consumers simply stick to their own niche without caring about the rest. "Plus, the generation of digital readers don't care about the music writer or the outlet because they just consume the news website by website, tweet by tweet. The day they laid off David Fricke from Rolling Stone was the death of my profession."

I argued music journalism isn't dead; it's merely lost elite status. Just as technology opened the doors for any jerk-off to become a DJ, the doors of music writing have swung open for undedicated charlatans who post blogs sans facts or critical analysis. The dual flood of unfiltered music and uniformed analysis only makes the role of the music critic more important.

Corcoran recalled how, growing up, he took music criticism as gospel, only later realizing it was subjective, which informed his freedom from perceived "expertise."

"Everybody tries to be right all the time," he pointed out. "It's good to be wrong sometimes, like when I wrote that Oasis' first two records were better than the first two Beatles records. Music journalism isn't supposed to be about being right. It's supposed to open people's minds." 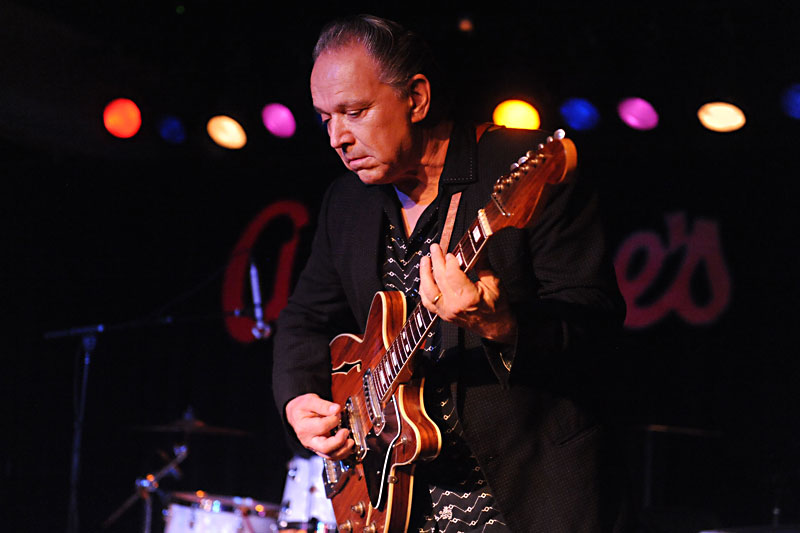 The latter – news, lengthy artist profiles, and stories impacting the scene – will always have value, especially in the alt-weekly setting. That's as long as it's being put out consistently and authoritatively by publications investing in good writing.

"Ideally there's some level of editors in place, writers going out getting stories, maybe even some minimal fact-checking. I know that sounds crazy," continued the drive-time KGSR deejay and Esquire music columnist. "If everything's about being first and getting clicks, that's where music journalism is in danger."

Riverboat Gamblers frontman Mike Wiebe, who sat in on the panel after opening it by reading his "Worst Tour Story Ever" (see our July 8 issue) concurred that in-depth music features have the most impact for bands: "You get these momentary swells when hip blogs mention that you have a new thing out, but when there's a really thoughtful piece written, that seems to resonate."

Paging through many alt-weeklies, "Playback" noticed a dearth of analysis on homegrown albums, so perhaps the established forms of criticism hold little attraction to modern readers.

"I don't think a lot of older music journalism holds up," offered Chronicle freelancer Libby Webster, the youngest panelist. "A lot of it is people writing because they want to hear their own voice, trying to be catchy, punny, and work song titles into their reviews – which I think is meaningless. If you want to be a music writer in 2016, you really can't fuck around with that. You have to be saying something that's meaningful, thoughtful, and worth reading because people don't have attention spans anymore.

"Taste these days is what's important. If you consistently turn people toward good music, you become a gatekeeper."

If alt-weeklies want to be critical gatekeepers, perhaps we need to smash the brittle models and explore new frontiers of album reviews. Is the answer tweet-size blurbs or track-by-track deep dives with embedded audio? Will online video reviews replace newsprint? Do we translate reviews into emojis (100%)(fire)(clapping hands), or should we shirk objectivity and go more personal?

Maybe the celebrity journalist is dead, but relevance – as a total force – can be reclaimed. If you believe that music criticism is an art and not a commodity, then you have to believe in the possibility of a revolution. When that happens, it will truly be something we can call "alternative media." 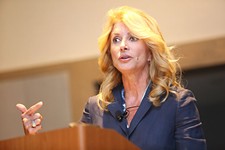