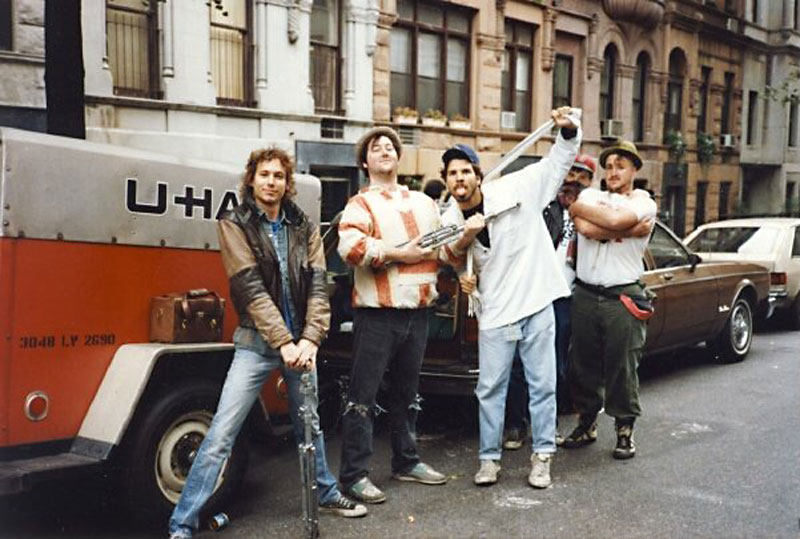 The Picket Line Coyotes were my first band. Me, David Green, Robert Bernard, and our then newest member, Jimmy Smith, left Dallas on a short tour in late January 1991. Saturday we were booked to play Oxford, Mississippi. I had just swapped my recently inherited grandfather's truck for a station wagon. I went with the Woody and a U-Haul trailer. Stupid is the word.

Problem with a station wagon full of rock band pulling a trailer through the Ozark mountain pig trail is overheating. She began steaming and screaming just outside of Alma, Arkansas. With the help of a Good Samaritan, Carthel Vestal, we fixed a hose and made it to Oxford just in time for our show.

Next day, we decided to try and limp the overheating car back home. We stopped along the roadside as needed to fill up small buckets of ditch water for the steaming radiator. The damage we were doing putting cold water into an overheating engine never dawned on us.

We made it as far as Durant, Mississippi, where we found a cheap motel. That night we watched Super Bowl XXV, and Bills kicker Scott Norwood infamously missed a 47-yard field goal to lose the game. We named our station wagon "Norwood" after that.

Somehow, we got it to Jackson the next day. One guy flew home so he could get back to work. Another guy flew home to make an appointment with his probation officer. That left two of us in a hotel next to the garage, which had just informed us the engine would have to be replaced. My grandmother, God love her, sent me the money no-questions-asked.

I used "Norwood" to move to Austin later that year. Eventually that station wagon was repossessed outside my home at the corner of Annie and South First. I think the buckets we used were still in it.