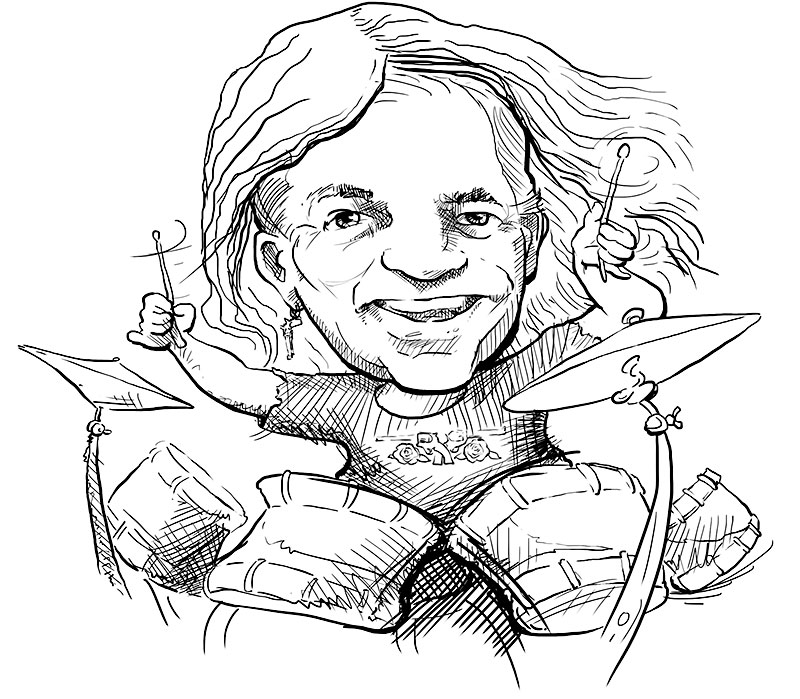 The Omnibus Resolution, a campaign to craft policy that will sustain Austin musicians, artists, and creative venues, advanced last week with the release of a laundry list of prioritized recommendations from city staff. For the myriad ideas offered in the 68-page report, major questions remain – most importantly: What's next and when? Last Thursday, its sponsor Mayor Steve Adler sat down with "Playback" to discuss his reaction to the report and what it means going forward.

Austin Chronicle: We're hearing the needs of musicians characterized as "urgent" and "emergency," yet many of the report's proposals include timetables ranging from one to five years.

Steve Adler: Because I'm in this job for a limited period of time, I push things faster than I should, which gets me in trouble, but I think we're dealing with a crisis. Things are changing on the ground while we're studying and planning, and we can't wait anymore. We have to start setting these things in motion and develop massing around this. The report addresses some things that are really good, like Agent of Change. There are also holes in it, things it's missing.

AC: Give me an example.

SA: Increasing the ties between the tech and music communities in ways that are real. There's an industry opportunity there. I don't know specifically what it is, but the talent is here and it plays into the strengths we have in this community.

AC: To what extent can these proposals be put into action, given this year's limited budget?

SA: I don't know. It's going to be tough with the budget this year. Last year we had a lot of money to spend, but a lot of really good social service projects were layered in two-year phases, so they're just coming into play. It's really hard to get anything with real significance accomplished in the last month of a budget year. This report just came out and the city manager's finalizing his budget this week.

AC: Does that mean nothing's going to happen until next year?

SA: I'm hoping there's space in the budget to be able to do some of the stuff that's here, but we won't know if that money's going to be there 'til the end of July. Then budget decisions are made in three weeks. There's just not a lot of time, but that doesn't mean it waits a year.

I really don't look at it in terms of a budget year. There's philanthropic dollars we need to be bringing into play. There's grant stuff we should be looking at – a lot of different elements. It's just not that linear. It's a massing thing, then looking for those opportunities in everything we do.

AC: Why can't we just give tax breaks to musicians and venue owners?

SA: Usually it's because the state has taken away, from our city, the tools that other cities have to do that kind of stuff. We can't do inclusionary zoning, while cities all over the country are doing that to drive affordability. A lot of cities have income taxes and give people breaks. Our state sets our sales tax and we can't change that. Same with property taxes. We can't target breaks in ways other cities do.

That said, there are things we can do. We just need to be creative. One thing we're trying to do that operates outside government and doesn't require any subsidization will be to actually preserve music venues. It's the "strike fund." I want to go to financial institutions who have a billion-dollar bank account and say, "You're investing that somewhere. I'm going to give you different ways to invest that's going to give you a return. May not be as high as some other options, but it's high enough and it's really safe."

I'll pull in money managers or entrepreneurs and say, "I need for you to create a fund." Then we'll go get properties that are income-producing – music venues – and buy them at less than market price and preserve them by trusts.

AC: Do you want your mayoral legacy to be tied to music?

SA: Yes. To me, music was one of the reasons I stayed in Austin. I had no intention, when I got here in '78, of staying. When you grow up on the East Coast, that's where the world is. I mean, Texas? My God, it was the South! Who would want to live there? Then I found out that I like country music. I couldn't even say that back in the streets where I grew up.

Not only is music so related to who we are in Austin, but also the issues facing music are tied to base issues in this community. How do you keep this community affordable? How do you grow and still preserve what's special?

AC: What's your message to people who want to know where we go from here after the city's recommendations?

SA: I want people to understand that what's happened in the last four months has been really good. We've developed a coalition. We have focus in terms of resolution and Council in ways we've never had before. We have a music department that's given the license to think on a fundamental level about what needs to happen. And we have a report, which is great, but it's not the finished product.

My concern is, in classic Austin fashion, when something's not perfect it's going to be beaten up so fast that we lose all momentum. I've watched Austin do that for 38 years. When confronted with two choices, Austin will find why each isn't perfect and choose to do nothing.

AC: Should we be calling our City Council representatives?

SA: That'd be great. Keep it at the top of their minds and let them know it's important to the community. Council members ought to be hearing this slow drumbeat that sounds like something's about to happen with music, building the expectation that they're going to deliver something! That's the drumbeat we need at this point.

Levitation has finally begun processing refunds for April's canceled festival. According to a press release from organizers, Front Gate Tickets – the ATX company acquired by Ticketmaster last year – is paying refunds for passes from their own coffers until Levitation's insurance claim is finalized. The festival's website promises a return to Austin in 2017.

King Khan, Queen Poon: Garage R&B headhunter King Khan gushed for local snatch-shakers Sailor Poon, "the greatest thing to happen in Texas since the birth of Greg Ashley and maybe the meeting of Tommy Hall and Roky Erickson" after the sextet opened two Texas dates. Sailor Poon's Yeast Pigeon 7-inch arrives today with a show at the Museum of Human Achievement, which Khan will DJ.

Miss Lavelle White turned 87 in style on Sunday with a sold-out show at Antone's. "I never thought there'd be this many people celebrating my birthday," exclaimed the local soul songstress. White's inspired performance provided an early highlight to Antone's ongoing 41st anniversary celebration, running through July 16.