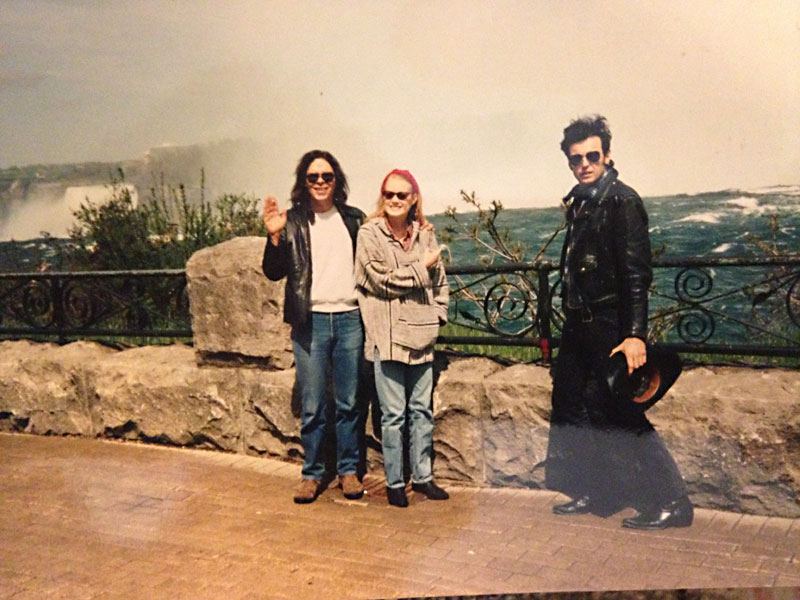 There was the time my road manager got stopped at the Canadian border and lied about a pot possession charge from when he was a teenager. I knew I was screwed when I heard him yelling back at the customs officer in the waiting room. So I had to road manage the dates in Canada myself, which sucks.

Then there was the time Bruce and Charlie [Robison] and Jack Ingram did a tour together and everyone got some bad stomach bug on the last long bus drive home to Austin. You know you can't go number two on a bus. (Or vomit in there either!) They may have agreed never to speak of it again, but desperate measures were taken by some.

My friend Aggie Gardner tour managed South Austin Jug Band overseas somewhere and got arrested for driving on a sidewalk and ended up in jail. I don't remember these things as well as others, but it's all near catastrophes.