The New Media Art & Sound Summit (NMASS) began in 2009 as the Modern Aural Sculpture Symposium South (MASSS). Since then, it's matured into Austin's foremost showcase of performance sound art, audiovisual improvisation, nonconformative music, and sensory installations, all from an array of local and international artists and contributors. Curated by the experimentally minded volunteers at homegrown events promotion concern Church of the Friendly Ghost, this year's June 22-26 run returns to the Salvage Vanguard Theater as its swan song.

The iconic East Austin warehouse, which has harbored avant-garde installations since 1996 (a decade at its current 2803 Manor Rd. location), ceases there at the end of the month, having been priced out of the space. The SVT's loss of a performance space marks a familiar pattern in local gentrification. That only accentuates the value of outlets like NMASS, whose nonhegemonic ideology makes this year's program more poignant than ever.

"It's an opportunity to explore music outside of the homogeneous summer music festival landscape," offers organizer Henna Chou. "[It fulfills] COTFG's mission of representing underserved communities through their seldom-seen works, with over 50 percent self-identified female artists." 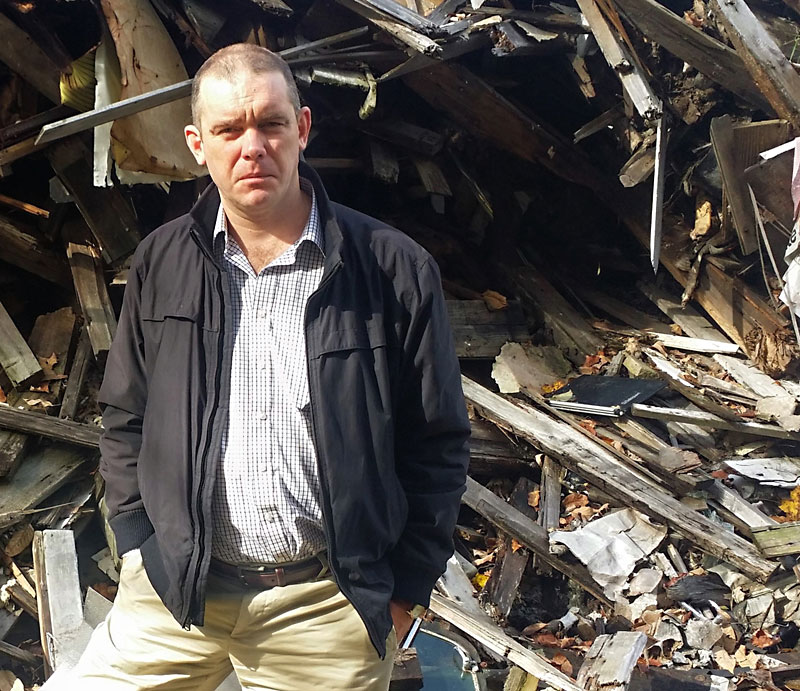 Lambkin led pioneering UK reductionists the Shadow Ring from 1993 to 2003. The punk outfit's ethos built on the groundwork of Alternative TV as iconoclastic dismantlers of the rock palate and tradition. In place of traditional song structures, the Shadow Ring boiled down the most barren and disquieting elements of the music to construct vacant space with crude field recordings, often from everyday domestic endeavors.

Lambkin's surrealistic poetry stands in unique contrast to the realism of the captured background noises, pounding drums often more metronomic than textural, and shrieking guitar abstractions. As a solo artist, he's sanded down his former group's deconstructions even further, the remnants of which have blown into all sorts of solo and collaborative textures.

Graham Lambkin: One of my concerns as an artist is economy. I try to distill my set and equipment into as few pieces as possible in order to make those pieces strong and be able to explore them fully. So I've been whittling down my live sets accordingly. I'm also interested in trying to utilize materials that are local to where I'm performing. I just played in Finland; I found materials in and around the place I was staying, things I couldn't necessarily find back home. And you can argue that using leaves from Finland is much like using leaves from anywhere, but it's more of an effort to bring a local awareness to what I am doing.

AC: Why did you retire the Shadow Ring?

GL: Two reasons. One is geographic. I moved to the States and it just became harder to do it. But the more aesthetic reason is that we reached a point midway through our recording career, if you want to even call it a career, where we hit our functional point. After that, we decided to dismantle what we had built up over five years to focus on reductionism and the removal of things. The music became sparser, slower, more empty, and it got to the point with the last record where we couldn't see how to extend what we were doing beyond what we had already done. It was 10 years, which seemed like a nice, tidy place to say "we're done."

AC: How do you differentiate between your solo work and the Shadow Ring?

GL: The first solo record, Poem (For Voice & Tape), is just a recording of Tim Goss reading, [wherein] we pitch-reduced his voice by 100%. It was slowed down dramatically, to the point where the words dissolve into this molasses of atonal rumbles and growls. If you've heard a voice slowed down, it sounds animalistic and inhuman. It teases out something that's hidden behind the sounds you'd normally hear.

AC: Since environmental ephemera have such a presence in your work, how did moving from Kent to Miami influence later Shadow Ring albums?

GL: There was culture shock for sure. It internalized the work more. It became less of an extension of myself projecting out and more about drawing things in, so a more hermetic type of music came out of that experience. It shows itself on [2001's] Lindus, which we partially put together in Miami. The sounds start to crack up and fall apart – more kind of musique concrète editing, harsh, less fluid. You could hear a band starting to dismantle.

AC: What role does improvisation take in your work and how does the tape recorder fit into this sensibility?

GL: The process begins in electing recorded parts, which is all initially improvised play. Then I'll go back and remove parts, until tightening up becomes the concern. But it all starts with a complete sense of abandon. Start with broad strokes and then tighten up from there.

AC: What intrigues you about "corrupting the traditional sense of the song" and "testing its elasticity"?

GL: I find it interesting to put a song or a recognized shape of music and test how durable it becomes when placed in a stressful situation. When a piece of music is as good as it claims, it won't have any trouble surviving the stress and will grow as a result of it.

GL: It's not something I set out to do for effect. It kind of loops back to improvisation. If I'm preparing for a live piece, I just record everything. If I don't see a mic on, I'll turn one on. I can be cooking or making something happen in another room, or listening to other people's music. You never know when you'll find interesting things. Because I'm always recording, very often you'll hear me shuffling around or talking on the phone. Whenever this happens and it doesn't cause an aesthetic offense, why remove it? Everything gets left in. These moments are exactly what I'm looking for later when I need to find a break in a piece. The compression of a shoe on a wooden floor – that squeak might be a great trigger for something else to happen.

AC: Your work embraces extraneous sounds that other recordists try to avoid.

GL: They're always interesting aren't they? Who doesn't want to hear their neighbors fighting? "Oh they're at it again!" and you've got your ear to the wall trying to make out what they're saying.

AC: Perhaps I'm projecting my own emotional response to your music, but through your environmental ephemera and giving detail to what some may consider mundane spaces, I sense your work speaks to existential melancholia. How do your emotions translate into your work?

GL: It's an interesting point. You have to be in a certain kind of mood, but I don't know if I can qualify the work as being based on an emotion or a set of emotions. Sometimes I've heard people say my work speaks to, not sociopaths, but loners, the backroom boys. People who aren't part of a bigger picture. It's not designed with that in mind, but I have no control over who listens to it. Does it reflect something in my own life? I'm sure it does. There is kind of a, not lonely, but internalized and private operation. 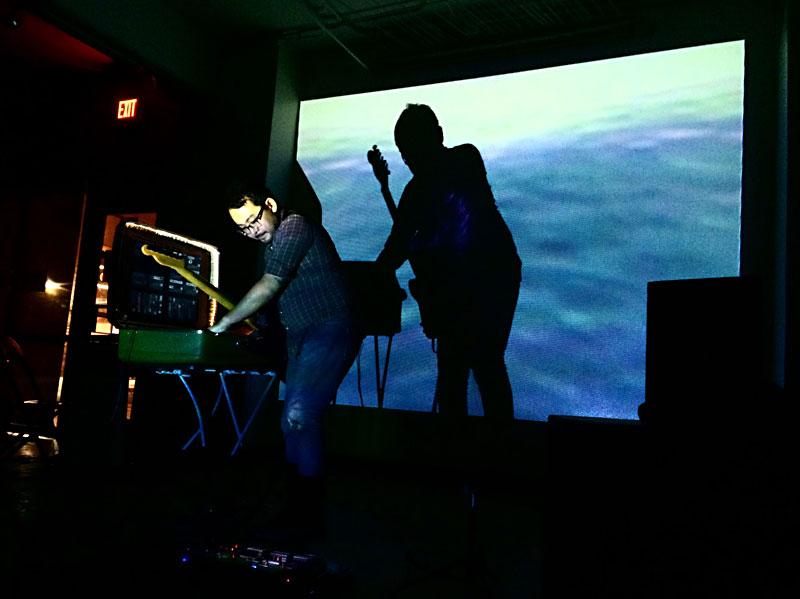 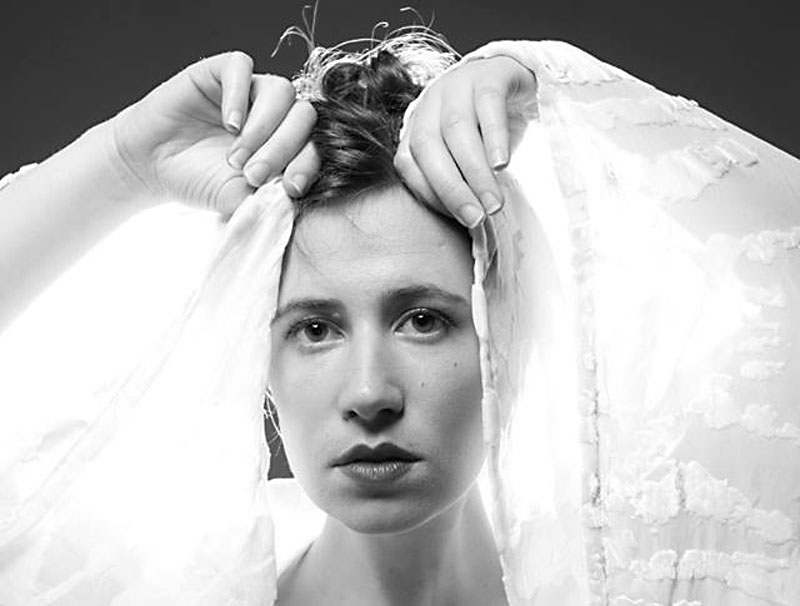 Perhaps the most anticipated performance of the weekend is upstate New York multidisciplinary artist Graham Lambkin, originally from Dover, England. He performs two improvisations, one solo, the other as a trio with locals Melissa Seely, a COTFG core member, and Tara Bhatta­char­ya Reed. 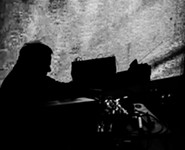