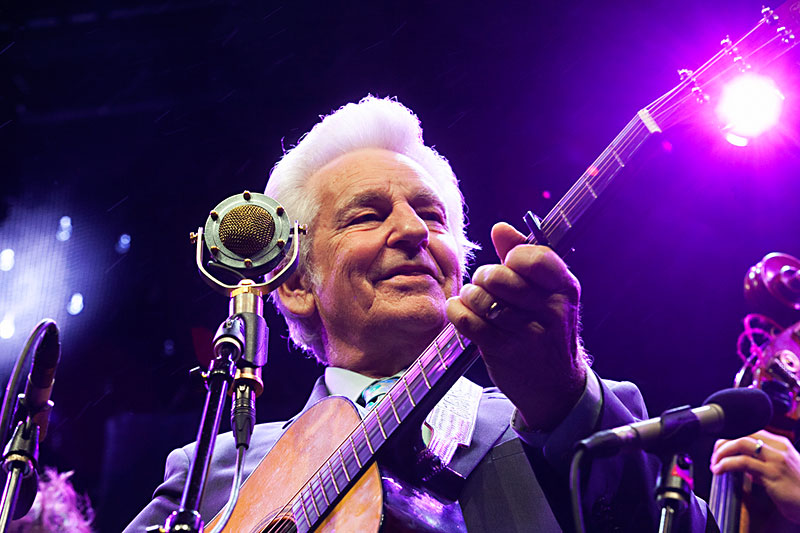 Last weekend, a couple hundred thousand in the California desert witnessed three-fifths of a reunited Guns n' Roses jam with AC/DC's Angus Young prior to the announcement that the former's frontman would lead the latter group on an upcoming tour. Coachella captures the music world's attention because it serves as a glorified preview of what's to come at outdoor festivals the rest of the year. Here in Austin, where the nuclear summer subdivides our festicular fortitude into distinct spring and fall seasons, we're already enjoying the tail end of the former.

Only last month was Austin the equivalent of Indio, when the worldwide entertainment industry descended on our city for South by Southwest. The March meet-up counts as three festivals in one – Music, Film, and Interactive – but SXSW co-founder and managing director Roland Swenson confirms that the lines between those categories are continually blurring. Will March 10-19, 2017, find all three conferences fully integrated?

"It's certainly been growing in that direction for a number of years, with more and more events overlapping all three," he replied via email. "It started when we merged the two trade shows [Film/Interactive and Music] into one show in the middle of the event. While we work to keep the three different parts distinct, SXSW is already merging into one event on its own, because many participants have multifaceted interests.

"But we don't plan to make a change that drastic all at once, certainly not in 2017. However, we are planning some incremental changes that we believe will benefit all our attendees."

After the two-week refractory period following SXSW, brass bands marched through the streets during Honk!TX, R&B hitmakers visited Urban Music Fest, DJs and jam bands flew in for Euphoria Fest (which, two weeks ago, amassed a whopping total attendance of 52,000), Old Settler's Music Fest retrenched its roots, and pipes were passed at the Austin Reggae Festival. Next weekend, the sky reverberates at Levitation. That's all in a nine-week span.

And yet, Austin's spring festival calendar has lost a page in recent years. The window began contracting in 2013 when late-May punk/metal fest Chaos in Tejas ceased. Last year, Austin's mid-May Latino music gathering – ¡Pachanga! – also threw in the towel. So we cherish these final spring festivals, even when fun-in-the-sun isn't part of the temptation.

On Friday night, at a warehouse show featuring heavy pop breakouts Sweet Spirit and titanic rock trio the Blind Pets, the only precipitation was sweat. By the following morning, gray skies sequestered many indoors, but nearby Driftwood beckoned – come hell or high water – via OSMF. Despite threats of thunderstorms, the Salt Lick Pavilion was near capacity Saturday and rain jackets remained unzipped as a lineup unfolded with Austin artists providing considerable highlights.

The Deer, a young, avant-folk group who are veterans of the unofficial late-night stage "Camp Goodtimes," graduated to the OSMF's main platform where tiny singer Grace Park's giant songs struck a magic chord that compelled hippies, hicks, and babies to stand up and dance together. The rain was held at bay as singer-songwriter David Ramirez stoked a flame of pure emotion and Carolyn Wonderland scorched Reverend Gary Davis' "Samson and Delilah" on lap steel, then downpoured in an unsuccessful attempt to extinguish Shinyribs, whose frontman Kevin Russell commanded the stage like a Southern-fried James Brown. The former Gourds singer had the fest so riled up that emcee Roger Allen hollered at the hysterical crowd:

Not to overlook the young talent – including the curious parallel of separate, mandolin pickin', 24-year-old grownup child prodigies Sarah Jarosz and Sierra Hull – but the best act at OSMF on Saturday was 77-year-old bluegrass legend Del McCoury, who spent his headlining set taking requests from the audience and nailing them with effortless grace and a delighted grin. Once a singer and guitarist for genre godfather Bill Monroe, McCoury and his leaping tenor stand as a living link to the true core of bluegrass. Another architect of his respective art form is reggae grandfather Bunny Wailer, sole survivor of the original Wailers triptych with Bob Marley and Peter Tosh, and my reason for not staying attending OSMF on Sunday. Although Wailer was scheduled to headline Reggae Fest at Auditorium Shores that night, festival organizers issued a morning announcement that the event was canceled due to a heavy rain forecast. In 2015, headliner Lee "Scratch" Perry was crossed off of Saturday night due to a passing rainstorm that kept the park closed the following day.

"Ultimately [the city's Parks & Recreation Department] makes the final call on canceling a show," explains Reggae Fest organizer and SXSW Interactive director Hugh Forrest. "2015 was a really tough year on that decision because Sunday was clear, sunny, and warm – although there was lots of standing water at Auditorium Shores from the excessive rain on Saturday night. The severe thunderstorm forecast we had this Sunday made the 2016 decision a safety issue and a lot easier to swallow."

"We figure that closing down the festival early has cost us about $100,000 in a combination of gate receipts, cash, and food donations, which translates to about 400,000 meals," says CAFB communications director Paul Gaither. "It's a big deal. Two years in a row is a big hit."

"Weather is always going to be a factor with outdoor shows," he points out. "That said, we have done pretty well with April dates. We've had three rain-out days in 23 years of doing the Austin Reggae Festival."

When it seemed as though storms had washed away locals' chances to enjoy reggae royalty, word got out that Wailer would be cashing in his rain check at Flamingo Cantina, the Sixth Street mainstay owned by Reggae Fest booker Angela Tharp. Midnight Sunday, the wizardly 69-year-old seemed energized by the packed venue's joyous vibes, closing down the house with an epic set including crucial cuts "Blackheart Man" and "Cool Runnings." Rastaman was better than advertised: His voice tender and true, his band phenomenal, his storytelling captivating, and his conviction as a reggae messenger unrelenting.

"This is real!" he declared. "We're going to be seeded by this great music tonight."

Vulcan Gas Company has been sold to Kirk and Nick Franceschini, owners of fellow Sixth Street businesses Bat Bar and Lux, for an undisclosed sum. The 658-capacity club, borrowing a name from Austin's seminal psychedelic venue, opened in early 2014 and has been utilized by local promoters for EDM shows. It's unclear to what extent the room will remain a music venue.

Midway Field House, the alternative sports bar owned by longtime Emo's GM Jason Sabala, is undergoing transformation. Last week, the East Riverside building closed for construction and its decor and televisions are for sale on Facebook. "Playback" overheard bartenders mention that it'll revert back to live music, but calls for comment haven't been returned. The room formerly housed the Beauty Ballroom and Antone's.

Jonathan Terrell plays the Soul of a Musician Series on Sunday at the northside Iron Cactus. The unique event, hosted by St. Matthew's Episcopal Church rector Merrill Wade, extracts truths about the modern world via insights from songwriters. Wade interviews and discusses lyrics with the Not in the Face frontman, who's currently focusing on Americana solo efforts. 6:30pm, free.