Thanks to a Grammy nomination for 2013 Rounder debut This World Oft Can Be, Della Mae landed well-known producer Jacquire King (Kings of Leon, Tom Waits, Norah Jones) for a follow-up. The results focus the all-female Nashville quintet's bluegrass and folk on songwriting and instrumental chops. The jazzy groove of "Shambles" and the bright newgrass of "Good Blood" stand out, but a devout reading of the Rolling Stones' "No Expectations" ends up overwrought. (Thu., 10:45pm, Campground stage; Fri., 4pm, Bluebonnet stage)


"Tennessee music" – Memphis soul, trad country from Nashville, and Appalachian mountain stylings. The Black Lillies's self-categorization remains apt on the Knoxville sextet's fourth LP, which finds founder Cruz Contreras in an altered lineup on tunes running the gamut from grooving title track, barrel house piano-led rocker "40 Days," and the near bluegrass lope of "Bound to Roam," a sweet duet between Contreras and co-vocalist Trisha Gene Brady. Hitting all the points on the road to Americana is no distinguishing factor, unfortunately. (Fri., 5:15pm, Hill Country stage) 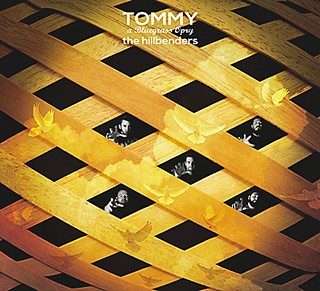 
Taking the Who's 1969 rock opera Tommy for a hayride doesn't impress on concept alone, but the Missouri quintet's "Whograss" send-up plays out admirably. Guitarist Jimmy Rea reminds us that the source material stands among rock's greatest acoustic feats for its focus on voicings over leads. The Hillbenders achieve wood and steel alchemy on instrumental highlight "Sparks," which flies on whirlwind banjo rolls and tickling mandolin. Vocalist Nolan Lawrence lacks the projectile pipes of Roger Daltrey, but possesses a Pete Townshend quality to his voice, noticeable on "The Acid Queen." The album, conceived and produced by late SXSW co-founder – and deluxe banjo frailer – Louis Jay Meyers (who was originally scheduled to perform with the band at Old Settler's), delivers exactly what you'd expect, save for the cropped-out "Underture" because they were clearly afraid to attempt Keith Moon's thunderous drumming. (Thu., 5:40pm, Campground stage; Fri., 7:20pm, Bluebonnet stage)


Although formed in 1985, the Jayhawks have been a band in flux since 2000. Paging Mr. Proust, their ninth LP and first since 2011's Mockingbird Time (which included original member Mark Olson), now features the late-Nineties version of the band: more power-pop, less twang, and Gary Louris handling most of the songwriting. Even with half of R.E.M. making an appearance since Peter Buck co-produces, the songs come up listless except for the electro beats and guitar snarl of "Ace" and inspired harmonies of "Comeback Kids." Mr. Proust has left the building. (Sat., 7:45pm, Bluebonnet stage)