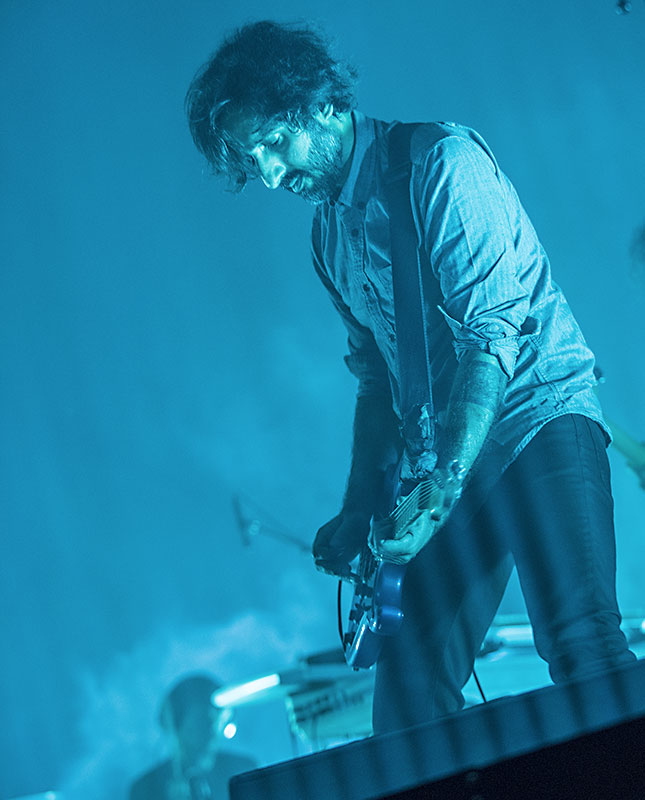 Ever heard of the Tunguska event? In 1908, a massive explosion in the sky permanently impacted remotest Siberia. Austin's own Explosions in the Sky managed the same epoch-changing kind of experience for a brimming hometown audience at designated historical marker the Paramount Theatre. After quickly selling out the evening set, local demand for the instrumental rock quintet necessitated the addition of a Friday matinée (also sold out), for which one die-hard fan made the drive from Lansing, Mich., to witness EITS's "religious experience." That could've made Still Corners' task as openers thankless, yet London duo Greg Hughes and Tessa Murray – boosted to a live trio with drums – seduced the house with a mid-tempo meld of Eighties synth-pop and squalling guitar. Like a proto Portishead, the songwriting's there, and when Murray trusted her voice, as on "Horses at Night," so was everything else. The afternoon belonged to Explosions, of course, which drew heavily on upcoming release The Wilderness. They opened mid-album with "Losing the Light"/"Tangle Formations," and already the new material met the same captivated rapture as set staples "Greet Death" and "Memorial." Before the first note, a wall of light leapt from the floor, casting EITS as titans in monochromatic wreathes of smoke, but "Colors in Space" bathed the room in rainbows – a visual match for their epic and awe-inspiring performance. This wasn't just a gig. This was an arrival 16 years coming. This was Pink Floyd just before Live at Pompeii. This was the moment when EITS went from being Texas' kings of post-rock to scene emperors. Seventy-five minutes of atomic guitar writ large: "Losing the Light (Intro)," "Infinite Orbit," "Tangle Formations," "The Only Moment We Were Alone," "Greet Death," "The Ecstatics," "Let Me Back In," "Disintegration Anxiety," "Colors in Space," "The Birth and Death of the Day," "Logic of a Dream," and "Memorial." 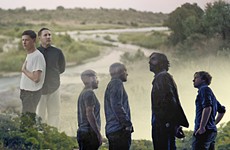 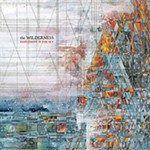