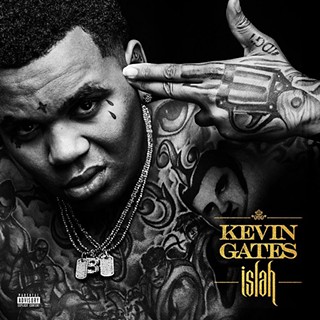 First known for hood smash "I Don't Get Tired (#IDGT)," Baton Rouge, La., rapper Kevin Gates trades in cinema verité pragmatism. Throughout his major label debut, Islah, the MC doubles down on graphic realism, mincing no words. Trapped out and boastful, he informs naysayers of his credentialed realities on "Really, Really." On "2 Phones," he reminds us he writes some of the biggest, catchiest hooks: "I got two phones, one for the plug and one for the load." Gates stands out amongst his peers through his ability to write fully realized songs, versus the normalized attempts to ride waves the production presents. (Fri., 11pm, Gatsby)