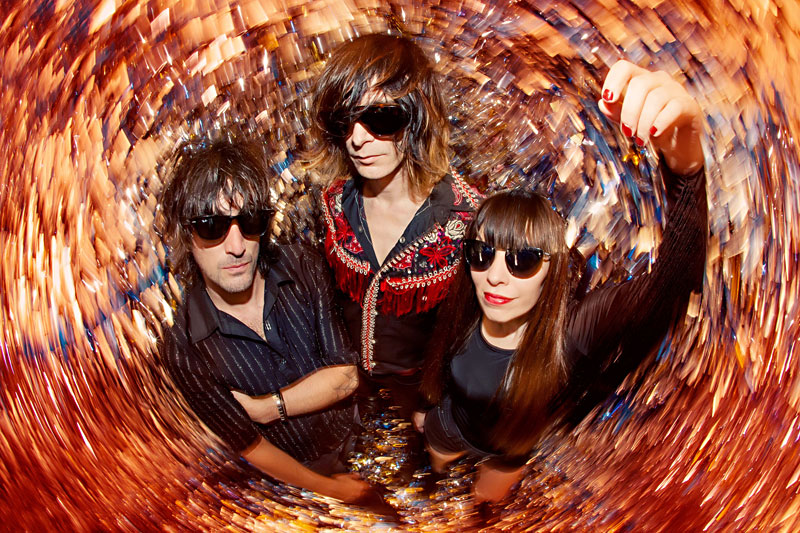 
David Bowie finds unlikely fans in Argentinean rockers Capsula. So much so that the now Spain-based trio recorded a full-length cover LP titled Dreaming of the Rise & Fall of Ziggy Stardust & the Spiders From Mars in 2012, which they will perform in full the first night of SXSW Music. Bassist Coni Duchess emailed about working with SXSW keynote Tony Visconti and more.

Coni Duchess: It was a magical coincidence because we had just finished recording our tribute to David Bowie, a naked and honest tribute from our hearts – not in the "correct" way of a typical tribute or an imitation. It was like taking lessons from Bowie's Pinups and playing his songs as an act of love. We never expected to link up somehow with Tony Visconti. There was a Spanish and Velvet Underground connection. Ignacio Julia, who is a writer from Barcelona and has published books about Lou Reed and the Velvet Underground, was who encouraged us to contact Tony, so we did.

AC: Growing up in Argentina during the dictatorship, you felt a kinship to Bowie and the VU, but the music itself must have been hard to obtain.

CD: I was born in the middle of the heaviest dictatorship in Argentina in '77. Babies were being taken away from their moms and dads. Many were changing their identities and the parents were forced to disappear or killed by their state, throwing their still live bodies from planes into the river. That was normal. It takes a lot to cure the hearts and minds of a society. I can't explain why the Velvet Underground and Iggy and Bowie cured our hearts and souls with their songs, but we really needed them.

CD: Tony shared some secrets about recording David Live in '74, Heroes, and The Next Day. We talked about [Mick] Ronson! It was amazing. You could observe in Visconti the great sense of humor, the concentration, fast thinking, the passion for rock & roll, the immense love of art, the love to Lou & the Velvet Underground, the freedom to keep on experimenting, and of course, a sense of genius.