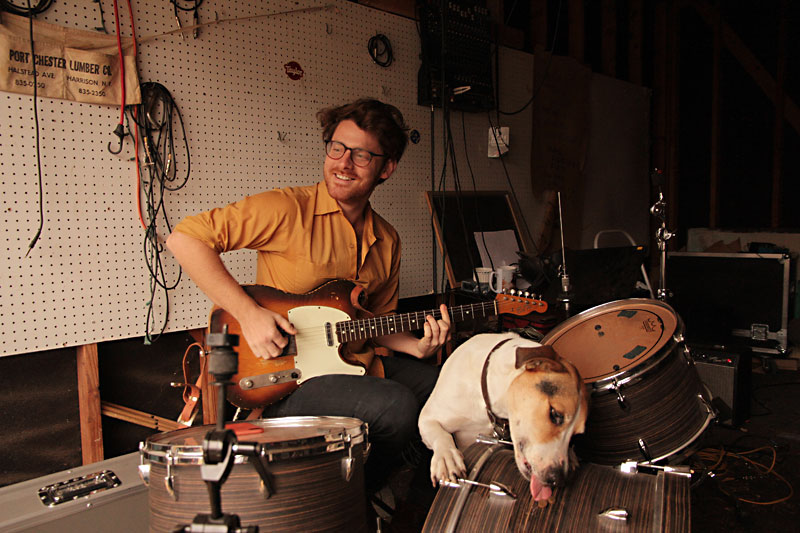 My first correspondence with a promising young songwriter and I'd blown it on the greeting.

"It's actually Walker," he wrote back kindly. "This is a very common mistake. Feel free to now make a Walker, Texas Ranger joke."

"That was so plaintive and heart on your sleeve," reflects Lukens on "Dear Someone." "I don't really care about that anymore. I still agonize over my lyrics as much as I ever did, but not with the same emotion."

"It definitely packs more of a punch than any album I've put out," assesses Lukens. "Every song is groove-oriented, and there are no ballads, which is very different for me. I think some of the albums I've made in the past have been too melodramatic. It's definitely not that."

A similar evolution has been demonstrated in Lukens' stage persona, equitable to a non-sexually-threatening version of Prince.

"My biggest realization as a musician has been that if you're going to go out there and make your living being an entertainer, you have to put on a good show. You can make a cool record, but if people don't like watching you play, it's worth nothing," he declares. "We've been so focused on that that when you see us, there's no moment when you want to take a cigarette break."