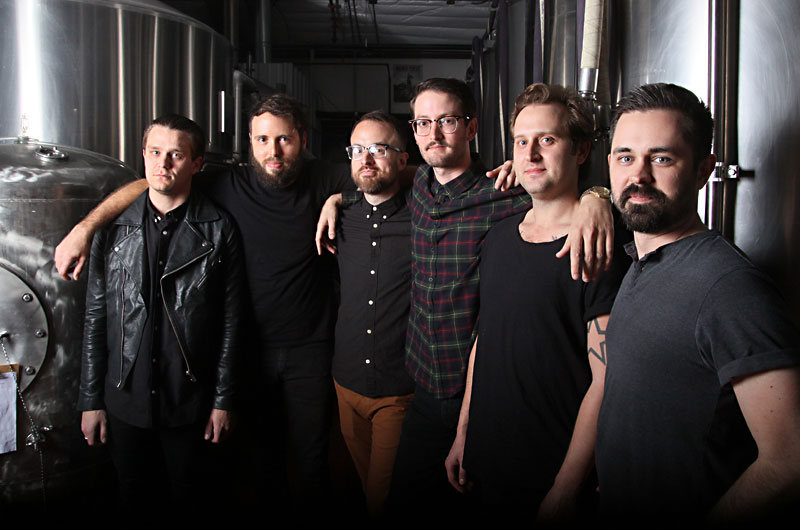 
Knifight blew their first official SXSW showcase – literally. In 2011, the darkwave sextet found their way – last minute – onto a Polish showcase at what Patrick Marshall describes as a "tribal tattoo of a club" on Dirty Sixth. One song into the set, everything went dead. Spending their allotted set time troubleshooting with the sound guy, the glitch was revealed: No one warned them that all of the wiring onstage had been converted to European.

"There were a lot of people in that place," recalls guitarist Nick Garrison, starting to laugh.

"We're being really tedious about where we put things in and where we pull things out," furthers Marshall. "It's fucking agonizing, but it really makes a difference. I think we've really matured in how we approach our arrangements."

"As the newest guy far removed from the older stuff, I would say it's drastically different," McClellan adds.

The beat keeper's addition to Knifight has been huge, too; his first official show occurred last year at ACL Fest. After a yearlong hiatus from music, McClellan learned all of the songs for the set in a month, noting it was one of his biggest musical challenges. That also forced Knifight to hammer through the new material, which Marshall says allowed them to get into the studio and cut the majority of the record in one day.

Due sometime this fall, the band thinks the new album will throw some people off.

"We really want to try and promote this one in a much bigger way than we've done with our old stuff, because we feel like we've come a long way," Marshall says. "This is a really big transition for us."