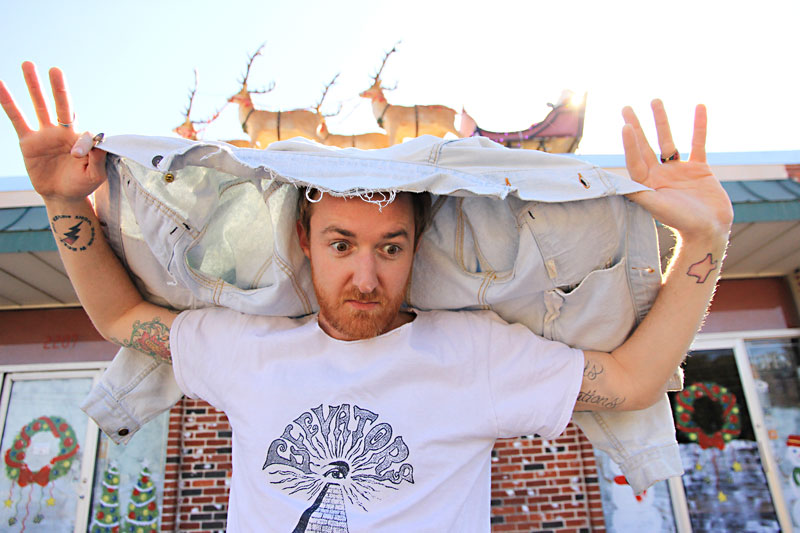 
Jonathan Terrell came into this world on the run. The fifth of seven children arrived to a trailer in the East Texas woods after his parents broke orbit from a cult in Europe called Children of God. They'd joined the religious group to play music and witness, but the organization turned down a more sinister path.

"They were the house band," Terrell says of his parents. "They were doing this really great thing, helping people and witnessing about Jesus. Then all of the sudden, the guy that's running the thing wants to marry a 13-year-old. The people that wanted to leave then had bad things happen to them. So for a while, they just couldn't go anywhere."

That sense of escape lingers in Terrell's own songwriting, even if more personal than spiritual. On last year's notable sophomore LP, Past the Lights of Town, Terrell hits sparse and direct, his voice rusted with a hard twang in sharp ballads that twist exceptional lines like barbed wire. Even so, the album almost didn't come out.

Shelved for the past seven years, the disc fell prey to Terrell's other band – the high-energy, melodically gritty outfit with drummer Wes Cargal, Not in the Face.

"We had the opportunity with Not in the Face, so I said, 'If I'm going to be a country singer, I can do that when I'm a little older,'" he nods, then laughs. "But being in a rock & roll band, that's a young man's game, so you have to get on that shit. It's a total Dr. Jekyll and Mr. Hyde kind of thing.

"I write totally different for each one, so I have to really get in the headspace and imagine how I want to feel when I'm onstage and what I want to convey with each one."

Finding the headspace to return to his solo songwriting came unexpectedly in 2014 after experimenting with DMT, a derivative of the powerful psychedelic ayahuasca used in South American spiritual ceremonies.

"It's just so much information, you kind of feel crazy for a bit," he says of the experience. "When I came back from that, I started lucid dreaming songs, and I'd wake up and just start playing them back. These songs were straight from my subconscious. Since then, it's helped just kind of simplify, sharpen that tool for me."