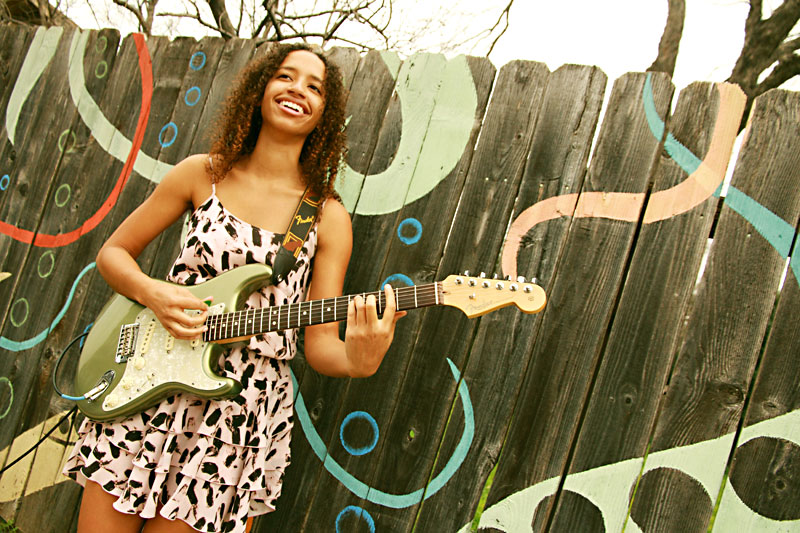 
"'What am I going to do if I don't have anything to talk about?'" asks Jackie Venson, still-blossoming singer-songwriter, when recalling closure of a particularly creative period early last year.

"I was kinda feeling lost. I didn't know what I was gonna talk about, or share with everybody. It's all about keeping the content train going when you're a songwriter," she says, expounding on her disorientation. "I thought about it for a while and realized, 'Well, this will be a year of growth. I'll play a bunch of shows, get better at guitar. I'll work up some more material.'

"So it was an incubating year. I worked on things I needed to work on personally and as a musician. Now, I'm hitting it again."

On top of the elastic dynamism of her voice, the Berklee graduate, 26, has also become something of an instrumental virtuoso. In the mold of Deborah Coleman or Barbara Lynn, she's an increasingly rare six-stringer in an era when artists new and old are running away from the instrument in favor of electronics and trendy production tricks. The Austin native also recalibrated what "success" means to her.

"Sometimes people need to understand that I can't always be in town – at the same place, at the same night, every single week," she says. "I rubbed a few people the wrong way because of that. It was unnerving. It's like, 'If I'm not going to do that anymore, what am I going to do to replace that?'

"I had a few moments where I [asked myself], 'Is this train going to keep rolling?'

"The biggest thing that's changed for me was I used to have a bunch of different goals. [Now] I've smashed all of those goals into just one 'supergoal,' which is to continue to build a fan base, connect with more people. I just wanna make it so I can tour other cities and have a crowd."

Her approach to songwriting has also changed, as a result of that growth.

"It's really hard to effect change around you if you haven't effected change in yourself," she says. "I've been singing about that, just contributing to the collective conscious, instead of [aspiring to] hoard a lot of money, or being the best.

"Instead of seeing life as a competition, seeing it as a chance to work on yourself and change the people around you by doing so."