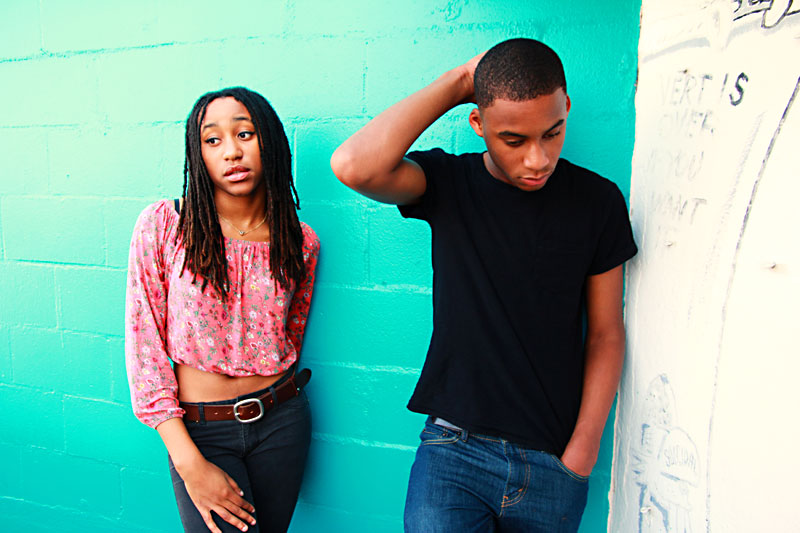 
"Man, I'm good," says Gyasi Bonds, greeting me at a coffee shop just north of UT campus. "Tired though. I was up all night cramming for a math test. I hate math."

Then again, while some of their classmates might try to sneak into a show or two over spring break, the Bonds siblings will be onstage, rocking four gigs during South by Southwest Music week, including their first official showcase. A pair of 2015 EPs about teen love caught the attention of Billboard, NPR, and Afropunk, among other national outlets, with debut Get to Know spinning dreamy, playful pop melodies and follow-up I Don't Want to Be Alone falling into a funkier R&B vibe.

"I don't think that's a direction, but it's definitely a side of us, 'cause we listen to a lot of groovy stuff and really like to jam out," explains Jendayi, a Girls Rock Austin alumna. "I just wanted to see if I could do it. I was like, 'I'm gonna try to write a rap and see what happens.' The next stuff I write I want to make more of a fusion of the two where it's not so different."

Both agree that playing together has been a blessing.

"It's definitely made our personal relationship stronger, but we still fight," affirms Jendayi. "I think the hardest thing is not getting your personal sibling feelings into Charlie Belle work. Our producer kept getting mad at us when we were recording our second EP because Gyasi kept on making me laugh and we'd mess up."

While prepping for SXSW, Jendayi also anxiously awaits admission letters from the nine colleges she recently applied to and hopes to land in New York City to study music business next fall. What does that mean for Charlie Belle?

"I don't think it'll be too difficult because we're brother and sister," she says, assuring the band will continue. "It's not like he's this random guy and it'll be hard to stay in touch, you know?"