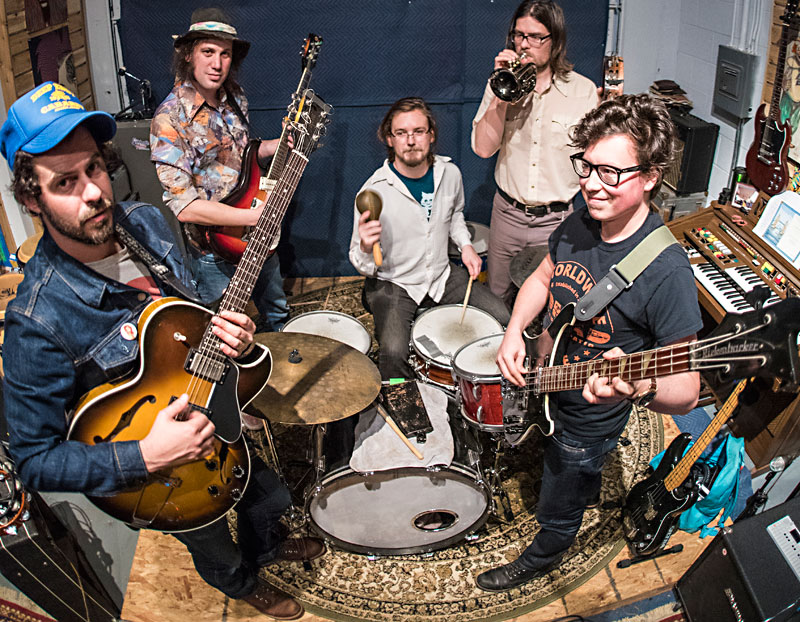 White Denim, coming to small spaces near you all month (Photo by David Brendan Hall)

Twelve years ago, long before White Denim commanded Bonnaroo bookings, appearances on Letterman, and studio sessions with Jeff Tweedy, there was only one venue booking the scrappy local trio's garage R&B. Trophy's was an anomaly, a vestige of South Congress' sleazy strip era, with a brash owner in Dave Sprauer and a befuddling BYO liquor policy. Even more laissez-faire than the club's bathroom upkeep was its booking: Any band got their shot. "They were the only place to book us for a really long time. I think we did at least a year before we really got any gigs Downtown," reflects White Denim leader James Petralli. "Not many people were coming out, so we could do whatever we wanted. We could just go crazy."

The dive shuttered in 2012, later reopening – after copious amounts of bug spraying and remodeling – as C-Boy's Heart & Soul (re-read "To C-Boy, With Love," Jan. 31, 2014). Tonight, White Denim returns to its proving ground to kick off a monthlong series of Thursday night gigs at tiny venues.

"I've got a new band, so it feels appropriate to do some clubs before I throw 'em into theatres," Petralli grins. "That's a huge part of it – wanting to get them on some stages and getting myself back onstage."

When White Denim's "classic" lineup – Petralli, drummer Josh Block, bassist Steve Terebecki, and guitar addition Austin Jenkins – last broke bread in October 2014, there were no signs of an impending shake-up. They planned to recess while Terebecki's child was born, then reconvene and record a fully co-written "band record." The opposite happened: Jenkins' and Block's gig as mentors/bandmates to Leon Bridges became their main concern when the Ft. Worth soul upstart became an overnight sensation. The two quietly quit White Denim last March.

"It's been a long year of me trying to process that and be okay with it," sighs Petralli. "It's hard for me to relate, because I'm not that good at supporting. Even if I could've, I wouldn't have made the same decision, but now I totally understand. I do want to drive home that we're all cool.

"It was fucking shocking though."

"I wanted to treat this like a debut record," chuckles Petralli. "[The band's] called White Denim because that's what we're calling it, but I definitely felt like we needed to go back to basics."

For the full Q&A with Petralli, visit austinchronicle.com/music. 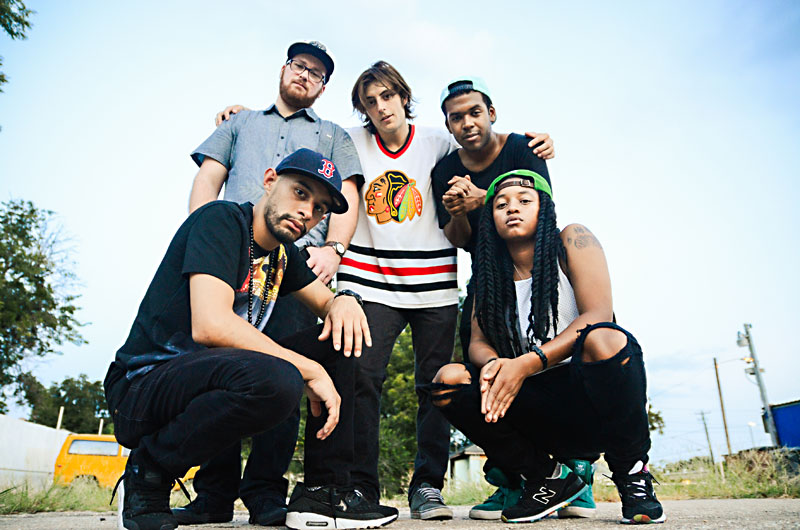 Accepting that you don't fit in precipitates freedom. Embracing your quirks equals artistic growth. For Magna Carda, one of Austin's most intriguing hip-hop offerings, it took overcoming questions of identity to harness their full potential.

"We're like a collective," estimates Megz Kelli, a monotonic MC leading the group opposite sonic architect Dougie Do. The rapper/producer combo – she a New Orleans native blown in by Katrina and he a Houston transplant – launched at St. Edward's University in 2011 and later amassed instrumentalists. "Our live show is us rocking out as a band," offers Do, "but at any moment Megz and I can go in the garage and make a mixtape together."

There was also the matter of which music scene they clicked with.

"We had a hard time breaking through in the hip-hop community, so it was like, 'Oh we'll get a band! We'll show them,'" admits Kelli. "Then, finally, we realized there's obviously no built lane for us to go on, so we'll just do what we do and be confident in it.

"That's the difference between us now and two years ago. We do exactly what we enjoy and we do it full force," continues the frontwoman. "That's our motto: 'So be it.'"

Following a five-year sequence of subterranean mixtapes, Magna Carda drops their debut album, CirQlation, Friday at the Belmont. Dreamy production, neo-R&B hooks, rhymes by Megz – diverting between self-assured bluster ("Stylin' like I'm Angela Bassett") and existential reflections – plus an unconventional jazz pallet more than add up to the sum of the parts.

"The jazz stuff was done so well, people say, 'That's a dope sample,'" explains Do. "Nah, it's just three dudes doing their thing. This record's sample-free."

Surveys compiled for last summer's Austin Music Census won't be made available to open records requests, Texas' Attorney General recently ruled. Both the Austin American-Statesman and Texas State University professor Cindy Royal filed requests for the raw data, which was financed by $45,000 in taxpayer money and executed by consultants Titan Music Group, who promised anonymity to respondents. The AG ruled it was "information that, if released, would give advantage to a competitor or bidder."

"This is what we're here for," declared commissioner Buddy Quaid, while Graham Reynolds specified the need for a long-term fix. Council is scheduled to vote on the rezoning on Feb. 11.

The Commish also addressed the locally trending issue of simplifying permitting processes for venues, calling on Council to direct City Manager Marc Ott to bring forth a detailed proposal to create a streamlined entertainment license.

Can't get enough of Austin's music industry? Be at Emo's on Wednesday for the Austin Music Foundation's Feel the Love event, an expo/schmooze-fest with a focus on music support businesses and nonprofits.

Bernie Sanders Fundraiser? Bands showed support for the presidential candidate with a benefit at Swan Dive last Thursday. Future-punk rabble-rousers Blxpltn, now a duo, encouraged fans to "wipe your ass with Donald Trump's face" (Trump toilet paper was strewn about), and excellent slack & roll upstarts Magic Rockers of Texas welcomed a Bernie impressionist. His platform: "We've been paying $4 for Lone Star for too long. Under my presidency, $3 Lone Stars – every bar, every night in Austin, Texas!"

Got Monday Blues? Bring your guitar to Beerland, which recently launched Not Your Mama's Blues Jam with Amplified Heat's Ortiz brothers. Meanwhile, Austin's oldest blues residency, Blue Monday – led by Stratocaster sophisticate Derek O'Brien (rewind "Chairman of the Board," April 25, 2014) – has been resurrected at Antone's. 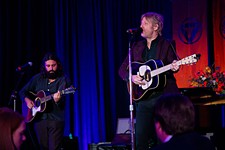