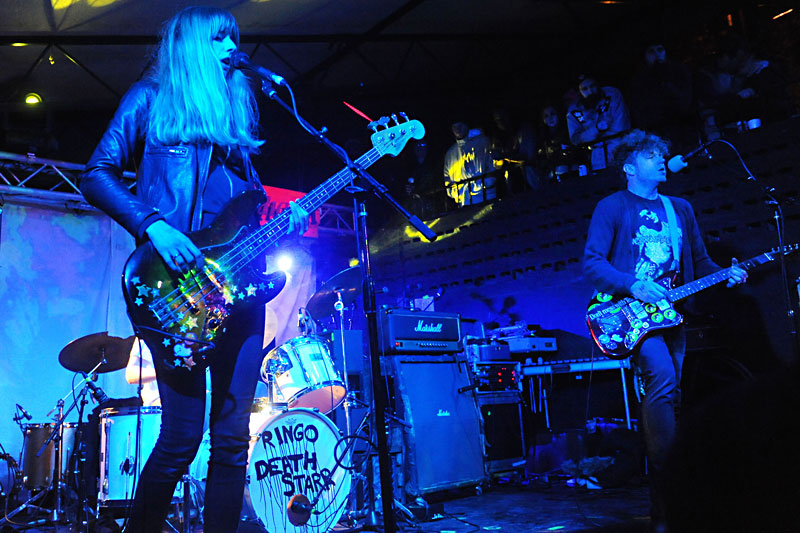 Alex Gehring: We used to have the Enigma song playing as we'd walk onstage.

AC: You proclaimed onstage that your Pure Mood is the greatest album ever made. Explain why it's your personal best.

Elliott Frazier: People can hear what we're saying for the first time. I've always been insecure about lyrics. I hate them and think they're cheesy, but I don't want to be an instrumental band. So on past albums they were obscure. Now they're clearer.

AG: I put more thought into lyrics on this album, but it isn't to tell stories. It's describing a picture or feeling.

Daniel Coborn: We're a feeling band, but not those pussy feelings.

AC: What would your lives be like if you were as famous in the States as you are in Japan?

EF: We'd be on the cover of Guitar World and we'd have our own cologne. We're close to having that in Japan. We just had our eighth tour there. Their biggest rock star, Sugizo from X Japan, really likes us for some reason. Once they closed down Tower Records so he could come in, and he heard our record on the "listening machine." Now he comes to our shows and we can't tell anyone because if the public knew, there would be a mob scene. He wears a custom face mask and recently took a three-hour ride on a bullet train from Fukuoka to see our show. He had the entire balcony to himself.

AC: Is part of the attraction because Ringo Deathstarr sounds like a Japanese band name?

DC: I think it's because we went over there right after the tsunami and they feel indebted to us.

EF: They probably think we're dumb Americans, but not as dumb as the rest.

What Happened to Lench's Eastside? 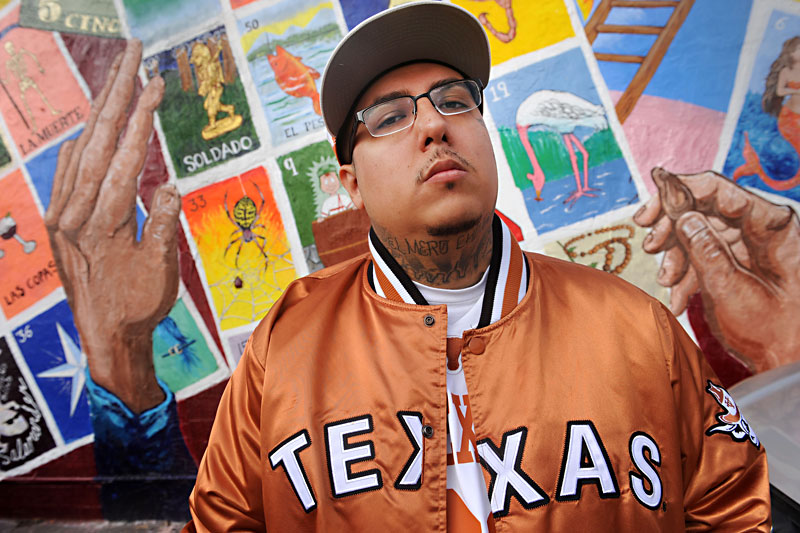 "It used to be if a minority went over to the rich side of town, he got dirty looks," explains Lench from a corner table at a last-of-its-kind Mexican restaurant on Cesar Chavez. "Now you get dirty looks for being where you're from."

Lench wears his hometown pride on his sleeve: "Austin" tattooed across his hand, the skyline inked on his neck, and "512" on his abdomen. Yet the 30-year-old Chicano rapper decries locals having become outsiders on the central Eastside. His latest single "What Happened to Austin? (My Beautiful City)" offers a scathing, first-hand perspective of gentrification – related in the local vernacular:

"It was all about peace and progress/ Way before you called it Cesar Chavez/ It was First Street – and the worst street/ Bunch of Mexicanos on the seven-day work week/ Selling raspas, corn, and piñatas/ Back when all the casas were owned by la raza/ There were rascals riding on Haskell/ Now it's full of vatos on bikes with satchels/ Are you mad bro? How you think we feel?/ Kick us out the barrio and now you want a refill."

The anthem, posted online months ago and slowly turning heads, isn't the first complaint filed against the whitewashing of East Austin. The topic's been a cause célèbre since last spring when a landlord bulldozed Jumpolin and the historic Lotería mural was painted over. For Lench, that added fuel to a fire burning since four-story houses were erected around Chicano Park.

"Then I started seeing people priced out, taxed out – $400,000 for a rundown shack!" he shouts, rolling his eyes. "The Holly Power Plant finally shut down, but people who fought to get it out of their neighborhood can't afford to live here because property taxes are so high."

"Built up an interstate/ Only to discriminate/ Hoping we would stay put and we'd never infiltrate the west side of 35?/Isn't it ironic that we were exiled and now these motherfuckers want it back?"

"Gentrification is taking away who we are," laments Lench. "Piece by piece."

A British Werewolf in Texas 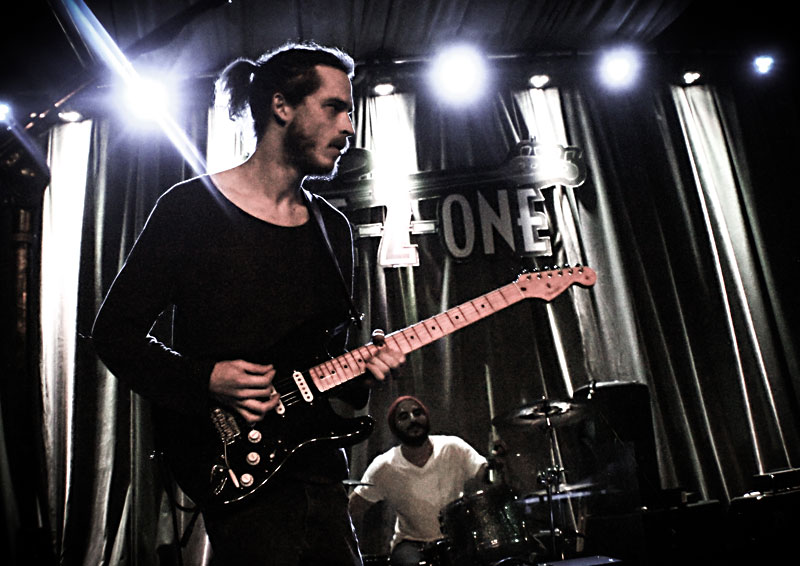 For Matt Gilmour, son of Pink Floyd string-bender David Gilmour, the road to Austin began with the breakup of his London-based group the Acoma, then an offer to record a solo album with Steppenwolf guitarist Danny Johnson at his home studio in Texas. On his way home to England last April, Gilmour stopped in the state capital to crash with a friend and met keyboardist/vocalist Jared Pena. The two enlisted a rhythm section and started a band: Matt Gilmour's Patient Wolf.

"That caused me to stay," shrugs Gilmour. "I'd made a band, which just sort of happened."

"I was introduced to a phenomenal amount of instruments as a young kid, but would lose interest after six months," admits Gilmore, born in 1985. "I started guitar again at age 18. I had to find it for myself."

Among Gilmour's plans for 2016, including a South by Southwest showcase, UK touring in May, and a slot at Lamberts on Jan. 23, is the release of an EP the band recently tracked at the Bubble with local super-producer Frenchie Smith.

"Frenchie's more than willing to tell you when he thinks you're wrong and get behind you when you're right. He's no sycophant, and that's valuable," states Gilmour. "He wants to make it the best it can be and because of that this is the most high-quality thing I've had the honor of working on."

In related news, School of Rock performs The Wall Saturday and Sunday at North Door.

Austin Music Poll voting numbers are strong, with roughly 4,500 votes cast thus far. This year I'm the tallyman, so hit me up with any questions at kcurtin@austinchronicle.com. And don't let me catch you ballot-stuffing (looking at you dude, who voted "My Dick" in every category nine times), which is easy to tell since each vote has a unique IP address. Voting continues through the end of the month at austinchronicle.com/musicpoll.

No Mas Pachanga: Austin's Latin music fest says hasta la vista to Fiesta Gardens, where it's been a spring staple for eight years. Instead of a festival format, Pachanga evolves into a quarterly concert at the Moody Theater.