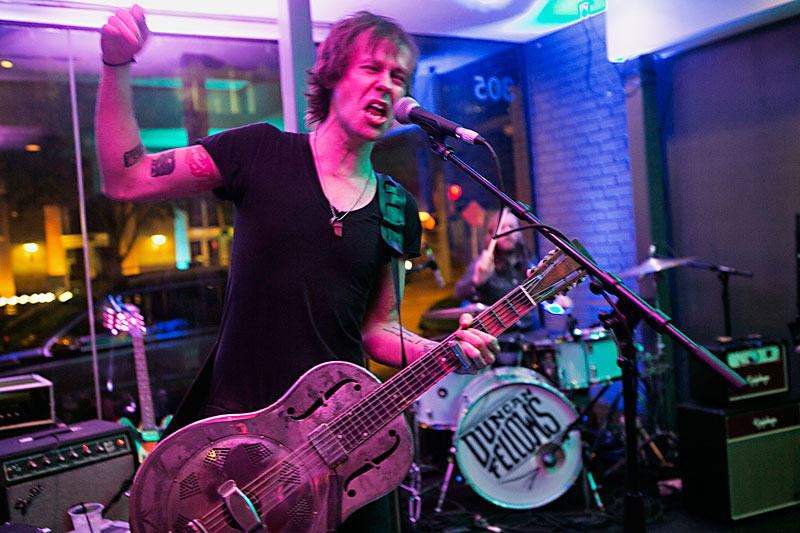 Why isn't Sideshow Tragedy bigger in his town? Drummer Jeremy Harrell pounds out a beat both Neanderthal-like and full of finesse. Nathan Singleton, meanwhile, owns what seems like 50 National Reso-Phonic guitars, and he's determined to play every one of them at every show as he stomps his bootheels into next week. Concentrating on songs from third LP Capital, released last spring, the duo's stick man pushes his partner's strings into howl mode as he intones poetically political broadsides atop furious garage-blues. This is a thinking man's rumpshake. After such a sweaty assault, Duncan Fellows' fresh-faced indie rock seemed like Kool-Aid next to a bottle of Everclear. Their by-the-numbers indie rock exuded charisma only via Margot Stevenson, alternating between organ and trumpet, and providing sweet vocal support to a rumpled frontman and his acoustic guitar. Your songwriting's in trouble when the verse beats Bo Diddley, but the chorus rides surf drums. At least they know Bo Diddley. 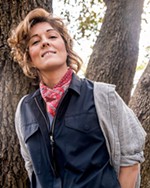 Snapshot: ACL Artists Pick Their Favorite Paul McCartney Songs
Because you either like the Beatles, or you haven't listened to enough of the Beatles