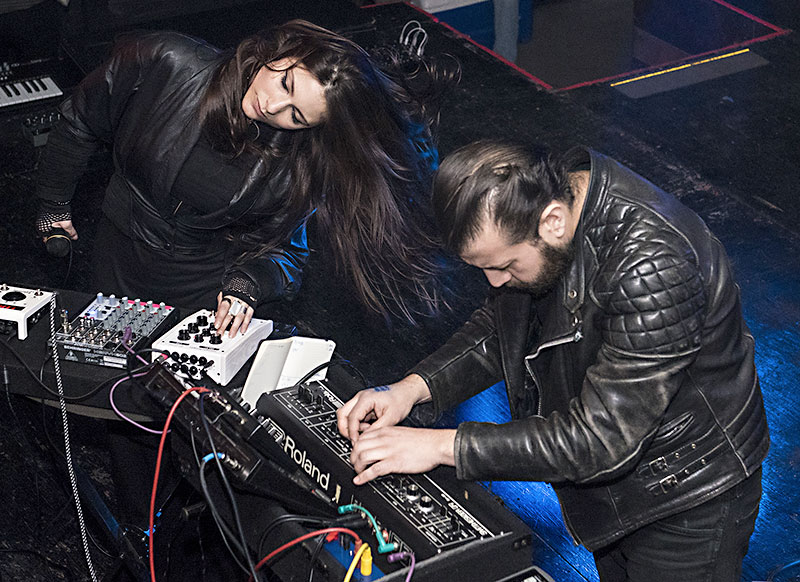 At a time when even Justin Bieber could fit the bill, EDM is at radio capacity. Mohawk's Tuesday night set revisited three decades of genre roots, wavering between lush atmospheric pieces of early Aughts exploration and syncopated Eighties sixteenth notes. Local synth lord Josh Mills eschewed his threepiece Missions in favor of a solo set, re-creating the glamorous lo-fi pop pulled from 2012's Darrk/Blakk 7-inch, whose title track glittered live like a bedroom disco ball. This Will Destroy You's Donovan Jones hopped down from Dallas for the night, performing under solo sobriquet Black Taffy. He continued his band's penchant for massive soundscapes rather than his other passion: Houston rap remixes. A six-minute battling organ cut, set with light synth quips along the way, took the room to church, but not in a manner DJ Screw would've recognized. Austin duo Boan closed with Mariana Saldaña hair-flipping and growling her way across the stage as partner José Cota guided his knobs through the dark ("Mentiras") and the light ("Boan Acid"). Saldaña's intoxicating, high-energy performance came closest to Bieber in this Free Week EDM sampler, but hey, this ain't radio.