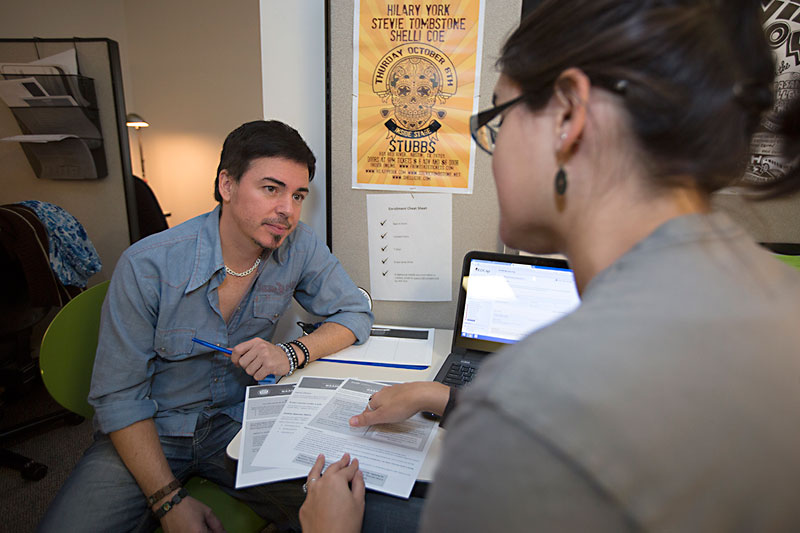 Every year, the same drill, same nightmare: renewing your health insurance. Forms, brochures, additional spending addenda – all to get less for more. Marginally insured, if at all? You're no exception. Time to stop ignoring those texts you've been receiving from the Health Alliance for Austin Musicians.

"If the Affordable Care Act made HAAM not needed, that would have been a great thing," reasons HAAM Executive Director Reenie Collins. "What's become so clear is that HAAM's just as necessary, but everything is more complex. We've had to ask ourselves, 'How do we help musicians in this new environment?'"

To continue their mission of providing low-cost medical care to uninsured Austin musicians, HAAM, like health care entities nationwide in the wake of the government mandate that all citizens be insured, has had to adapt to medical partners modifying their practices to health care reform. Their primary service provider, Seton, now focuses their resources on individuals without access to health care, so beginning in 2016, if a HAAM member qualifies for government-subsidized insurance, they can no longer use the nonprofit's medical services outside of hearing, vision, dental, and mental health.

HAAM's new challenge is therefore getting 2,000-plus members to re-enroll in person by January 31. In order to accomplish that colossal task, HAAM has partnered with Foundation Communities, an organization helping locals navigate the new landscape of health care. The two entities have temporarily merged offices to create a one-stop HAAM re-enrollment center (5900 Airport).

After logging on to MyHAAM.org/changes to see what documents were needed, "Playback" visited the enrollment office Monday. The ground floor, where a Foundation Communities expert determines if you're eligible for subsidies, moved slow, but upstairs in HAAM's comfy, concert poster-adorned office, everything rocked and rolled, including Vallejo frontman AJ Vallejo.

"I'll do whatever I need to do to stay on HAAM," he said. "Nobody likes change, but you can't take HAAM for granted either."

Six years ago, the organization footed an $85,000 medical tab after his heart attack.

"Unfortunately, a trait of musicians is we're very last minute," he warns. "If there's 10 days to do something, there'll be no musicians the first two days. They'll all be there on the 10th day at the 10th hour."

Needing to re-enroll hundreds of HAAM members in two months, procrastination is a major concern for Collins.

"What worries me to death is that someone will blow it off then come to us in February and have cancer or have been in a car wreck, and our hands will be tied."

For 20 years, he was the many Faces and Small Faces of local music, a Rolling Stones-certified Rock & Roll Hall of Fame member grounded locally with a weekly happy hour gig at the Lucky Lounge. One year ago today, Dec. 3, after suffering a stroke at home, Ian McLagan died in Austin at age 69.

"All of Mac's stuff is in storage, including his studio and a lot of cassette tapes and reels and stuff like that," revealed the UK estate executor, son Lee McLagan, who hopes to place some of it at the Rock & Roll Hall of Fame, and recently witnessed a bittersweet Faces-sans-McLagan reunion in England. "The best place for some of it is in Austin."

"Mac lived in Austin for a reason," says his son Lee. "He had a great time there and you all treated him very well."

As I ride up the elevator to Geraldine's, the upscale bar occupying the fourth floor of Rainey Street's newest tower, Hotel Van Zandt, local songbird Charlie Faye pipes through the lift's overhead speakers.

"This is an awesome venue!" she proclaims.

When the doors open onto a large, swanky, mood-lit room with arched rafters and a big stage framed in slate-gray masonry, one would have to agree. In front of 250 cocktail-sipping patrons, Faye led her new quintet, the Fayettes – whose rootsy, soul-pop jumps with girl group harmonies courtesy of BettySoo and Akina Adderley – through a streak of impressive originals and Jerry Lee Lewis' "Let's Talk About Us." The audience members momentarily neglected their plates of buttermilk fried quail and sunflower-seed risotto to applaud. 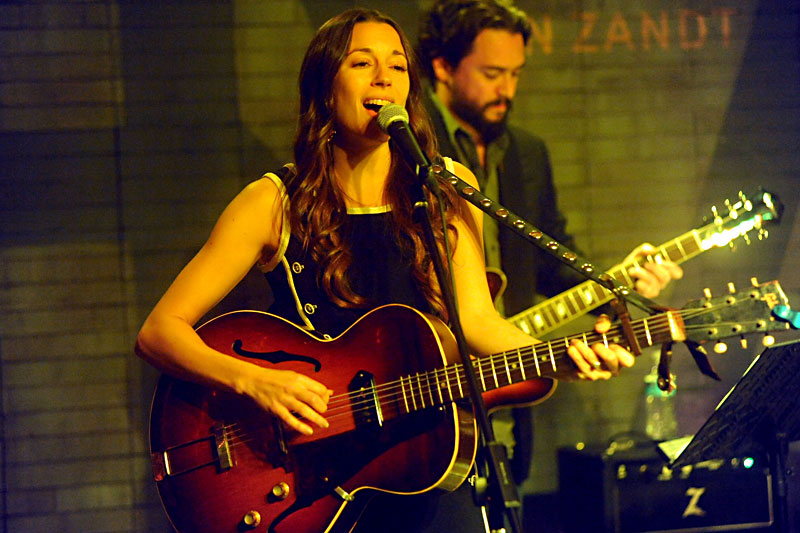 Where this Austin rocker might be the first to throw a middle finger at anything perceived as bougie, everything about the music at Geraldine's works. The stage is flattering, the sound crystalline and presented at a comfortable volume, and it doesn't feel like music is being shoehorned into a fancy restaurant.

Last week, "Playback" detailed the Westin's adversarial relationship with live music on Sixth Street, but Geraldine's represents the flip side of hotels' musical outreach. Booker Lauren Bucherie pulls original artists from the soul, blues, rock, and folk circles for a free, music-every-night calendar, and, while she wouldn't specify her budget, several artists reported being paid between $250 and $500 for their sets. Multiply that by 365 and we're looking at a six-figure annual payout in the pockets of local musicians.

Rush Limbaugh spent several minutes of airtime last Wednesday gushing over White Denim's version of "Just Dropped In to See What Condition My Condition Was In," which he heard on TV's Fargo. "I can't get this song out of my head .... It's just four guys from Austin, Texas – a modified disco treatment of the old Kenny Rogers & the First Edition song. It's about LSD, folks."

Jeff Shero Nightbyrd, an underground press instigator and local counterculture mainstay, sells off his personal collection at the Burley Auction Gallery in New Braunfels on Saturday, 10am. Bid on posters from the Vulcan Gas Company, Armadillo World Headquarters, Frank Kozik, Andy Warhol, and Pablo Picasso, plus Janis Joplin ephemera and the only known surviving copy of the "Woodstock Survival Guide."

Davy Jones, 1954-2015: "Davy was perhaps Austin's most successful unsuccessful musician," wrote Hickoids singer Jeff Smith, eulogizing his lead guitarist, who crossed into the celestial cornfield last Wednesday at age 61 after a bout with lung cancer (revisit "The Ballad of Davy Jones," May 22). Jones lent his fruit-burst guitar chops to Big Foot Chester, the Ideals, Diamond Smugglers, and the Dicks. If there was a Mount Rushmore of Austin punk guitarists, Davy Jones' face would be on it – topped with a rainbow-paint-splattered cowboy hat. A public memorial is being planned for mid-January.