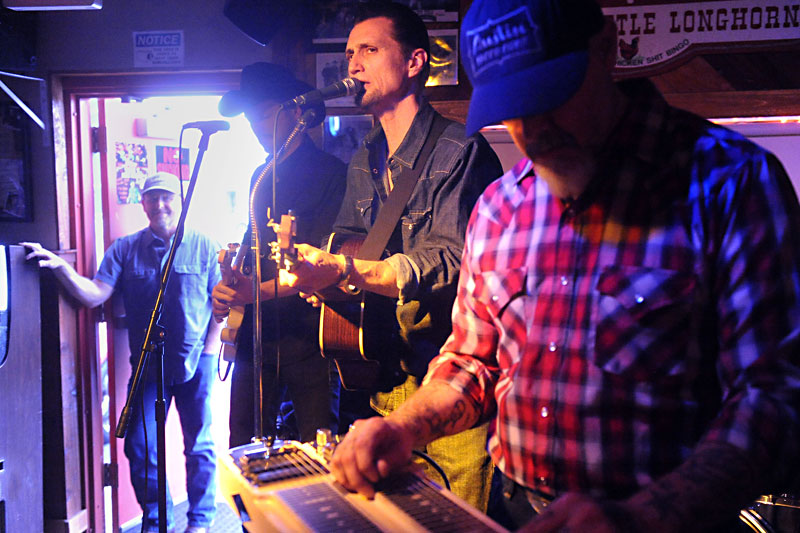 Sunday afternoons at the Little Longhorn regularly feature honky-tonk heavyweights the Derailers, Alvin Crow, and venue owner Dale Watson, but a well-fed fowl remains the biggest draw. Hatched 15 years ago by Watson with former owners Ginny and Don Kalmbach, Chicken Shit Bingo scored a bull's-eye on the Austin atmosphere meter every time the bird whites out another bingo square. One time Billy Joe Shaver showed up with a documentary crew. "Billy got in line like everybody else and bought a ticket, won, dropped the winnings in the tip jar, sang a song with us, then left," recalls Watson.