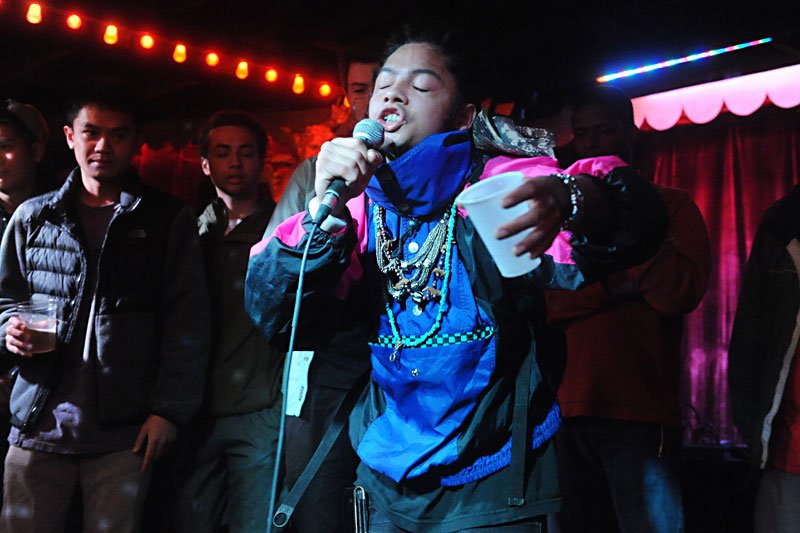 The multicultural face of Austin – its much-advertised progressiveness – lives through its eternally emergent hip-hop scene. Austin Mic Exchange, an open-format concept founded by rapper Adam Protextor and KOOP Radio's Leah Manners, gives locals of any "level of experience, medium of creation, age, race, or creed" an opportunity to go for what they know every Tuesday. According to Protextor, three elements combine for its lasting effect: a consistent format, stringent frequency, and an open invite philosophy. "Those elements conspire to create an environment that's more of a sandbox for creativity. The toys change every week, but the sandbox never does."