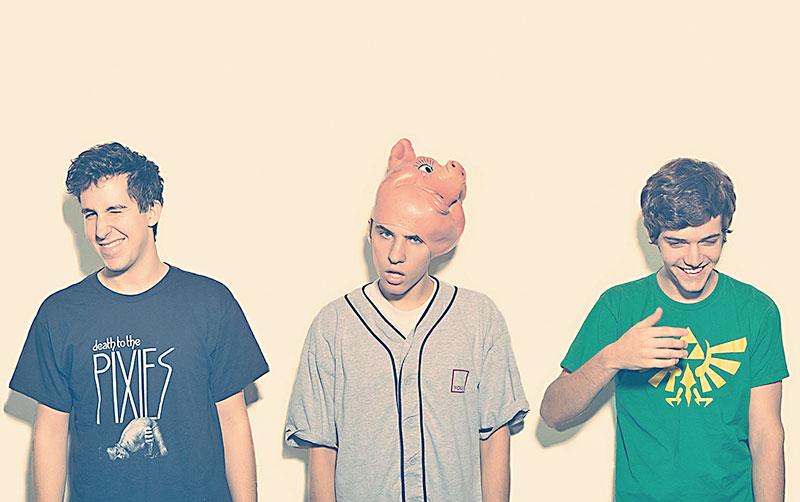 4:05pm, Yellow stage (twerking lessons)/5pm, Blue stage
Face it. You've got a weak ass and your twerk needs serious help. Fear not, New Orleans queen Big Freedia will literally take your butt to school prior to shaking "Mo Azz" herself. From the bounce ambassador's latest album Just Be Free, the track serves as an instructional: "Azz all over, bend over, bend over like I told ya." – Thomas Fawcett

4:10pm, Orange stage
Lightning success met Toronto indie poppers Alvvays in 2014. Vocalist Molly Rankin, daughter of Canadian folk kings the Rankin Family, leads the group through trials of nostalgia on the band's debut, and only, self-titled LP, which reached No. 1 on the U.S. college charts. A beachy vibe juxtaposes effortlessly with their love-ridden angst. – María Núñez

6:35pm, Orange stage
Self-proclaimed funklordz Chromeo know how to have a good time. The duo, Canadians David "Dave 1" Macklovitch and Patrick "P-Thugg" Gemayel, approach each set as a dance party, and each album, the latest being 2014's White Women, as an opportunity to share their satire. Dance-worthy beats fit for all ages, Chromeo's spectacle remains one of a kind. – María Núñez

7:40pm, Yellow stage
These young jazz Canucks laced the instrumentals for Ghostface Killah's latest LP Sour Soul and have become an unlikely go-to backing band for MCs ranging from Tyler, the Creator to Kool G Rap. All the hip-hop hype had SXSW fans expecting a set full of breakbeats earlier this year, but instead they offered up something truly revolutionary: honest-to-God jazz. – Thomas Fawcett