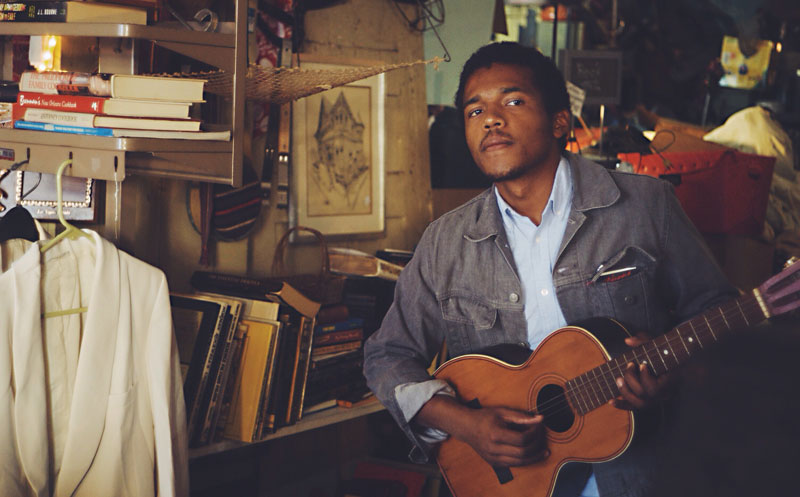 1:20pm, Black Stage
Any line betwixt metal and shoegaze grows ever thinner in the hands of Philly quartet Nothing. A hardcore background and patronage of headbanger haven Relapse didn't stop 2014 debut Guilty of Everything from being dream-pop heaven for traditionalists, even as Nothing proved itself metal club habituates. – Michael Toland

5:10pm, Blue Stage
"Fuck the Pain Away" singer Peaches is, perhaps, the only musician on the FFF bill that could make her comedian counterparts blush. On her first album in six years, Rub – which tapped Kim Gordon and Feist as guests – the Toronto singer-turned-Berlin dweller remains as sexually explicit as ever as she approaches 50. – Abby Johnston

6:35pm, Yellow Stage
Benjamin Booker's eponymous 2014 debut LP filters classic Delta blues through a punk rock filter – Bad Brains meets Blind Lemon Jefferson at the crossroads. The New Orleans by way of Virginia Beach 26-year-old seems to operate at only two speeds, but the malaise of crawling ballads like "Slow Coming" is no match for the urgent breakneck blues of tracks like "Violent Shiver" ("Exhale out, breathe in, mark return to sender/ Fuckin' up on a five-year bender"). – Thomas Fawcett

7:15pm, Orange stage
"There are many here among us who feel that life is a joke," sings heartthrob Cheap Trick vocalist Robin Zander on 1978 suicide ode "Auf Wiedersehen." What's no joke is how guitarist/songwriter Rick Nielsen's six-string bombast and arch songcraft keep the band's power-pop templates like "Surrender" and "I Want You to Want Me" eternally fresh. Zander and bassist Tom Petersson still break hearts. – Tim Stegall