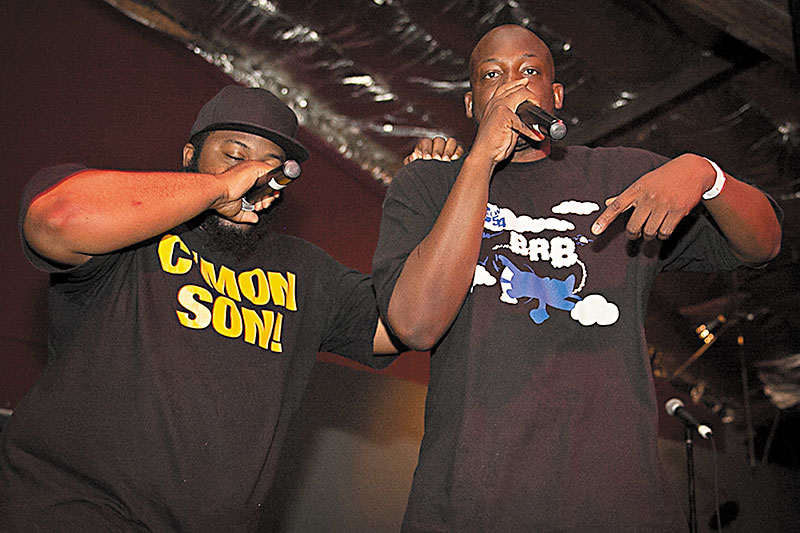 Less than three weeks before the second Weird City Hip-Hop Festival, one of its organizers, local rapper Adam Protextor, shocked the local scene last month by announcing in the Chronicle, "This year's festival isn't happening due to circumstances beyond our control."

Low ticket sales for national headliners including Danny Brown, Jay Electronica, Freddie Gibbs, Aesop Rock, and Charles Hamilton caught scores of local artists in the undertow of the event's cancellation. We originally thought to publish our preview of ATX talent anyway to reiterate the vibrancy of homegrown hip-hop (see cover story "Started From the Bottom," Jan. 16). Three weeks later, Protextor and his partners at Austin Mic Exchange proclaimed the Return of Weird City – said homies stacked into a one-day showcase.

In lieu of a proper and stable reworking of a full-blown Weird City model as the city's next must-see festival, there are dozens of reasons to be excited about Saturday's Spider House Ballroom convergence, given the diversity locked into the lineup. Several acts on the bill, such as the juiced Magna Carda, are on the verge of breaking out, while other luminaries, like Crew54 and even Protextor, arrive with anticipated projects. Ranging from apoplectic to analytical, rhymes will propagate something for everyone.

Turnt up or down, the emergent growth of the scene shows off like never before. Weird, weirder, or weirdest, long live Weird City Hip-Hop.

"For whatever reason, it never happened," says M.O.S., aka Master of Self.

"I was the definition of a late-Nineties, early 2000's Internet nerd/hip-hop dude," explains M.O.S.

"This project was like the Phonte/Nicolay [of Foreign Exchange] thing," says G-Christ. "Some of those European producers were producing stuff that I couldn't go right down the street and get, which was the [soul-sample-based music] I wanted to rap on. When we found cats that were doing it, it was like, 'Let's go!'"

When discussing their chemistry and penchant for seasoned songwriting versus strictly bar-spitting, M.O.S. notes the basis of all musical brilliance.

"Trust in each other, man," he says. "And there's still the competition of it. I hear a lot of groups, and I'm like, 'Do y'all even like each other?'"

"[Their] vibe is dead," says G-Christ, predictably finishing his rap brother's thought. "That shows in the music."

Austin's rising giants – Kydd Jones, Cory Kendrix, Tank Washington, Deezie Fresh – have locked in on "trillwave," a sound diverse enough for real-life raps. The ever-mobile Jones, who's recently been stationed in Atlanta, will be back in the LNS fold. One of this year's best crew compilations, LNS Crew Vol. 2, serves as preview.

Unabashedly himself, the rapper excels at an imminent radio-ready sound, with just enough depth and range to prevent pigeonholing.

His sturdy, straightforward, multilingual raps are based in real-life trials, tribulations, and turn-ups in the 78745.

A gifted freestyler that won his Weird City slot in a battle, the spirited MC shines the bright light of positivity.

Orange/Austin-based trio (Lord Higgs, BMC, and producer Ruler Why) rep the return to square-shooting lyrics over tried and true production.

Kush-fueled and trapped out, the DSR representative/south side big man doesn't lack for confidence or brashness.

Coming off the Chronicle-acclaimed Supacabra, Supa's a quintessential throwback, capable of aggression and sensitivity in equal measure. The Longview-to-Dallas-to-Austin MC has been working on two new EPs (The Love and The Hate), as well as a new album, tentatively titled Fuck You Very Much (Amerikkka's New Nightmare).

Formerly known as P-Tek, the proficient MC and vocal extension of Austin Mic Exchange openly claims the conscious label as a badge of honor. New album Shift moves the needle of Austin hip-hop.

Forget "looking the part," this superskilled slacker/everyman/producer doubles as one of Austin's best lyricists.

At once whimsical and blunted, hater-allergic duo Phraynkh P and Mainstreem exchange dab and dame dialogue.

One sixth of the energetic Subkulture Patriots remains a throwback à la ATCQ, Pharcyde, and Souls of Mischief.

A longtime co-host of Austin Mic Exchange, the change-driven rapper reintroduces a rapid-fire flow to the Capital City.

Talented and esoteric MC/producer/surrealist that used to keep dream journal entries on his website. 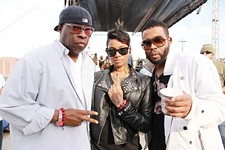