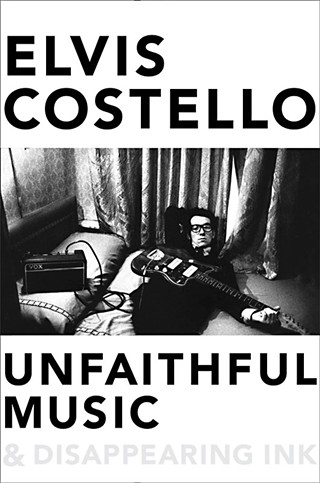 As the wave of rock star memoirs stacks ever taller, Elvis Costello's resides near the top. While the London-born Declan MacManus rose to ubiquity beginning in the late Seventies as one of the UK's angry young men alongside Graham Parker, Joe Jackson, and Paul Weller, his poetic lyrics and pub-hewn punky quartet stood apart from rock's New Wave. In the decades since, Costello's grown into an elder statesman of singer-songwriters. Case in point: Among his latest projects is adding music to Bob Dylan lyrics with Jim James, Marcus Mumford, and others. A hefty read, Unfaithful Music captivates at every turn of the page, detailing his origins, career highs and lows, and offering insight into important songs like "Alison" and "Shipbuilding." Collaborations with a seemingly unwieldy cast of musicians (Specials, Paul McCartney, Burt Bacharach, Allen Toussaint, the Roots) mines one rich vein, but most telling are the stories from the Eighties after the author's first flush of success. Initial tours of the States are vividly recounted, as is the juncture when his backing band the Attractions are cast aside for 1986's King of America, an album that presaged Americana. A superb, fast-moving narrative sure to delight both fans and the curious.

Elvis Costello appears in conversation with Evan Smith at BookPeople on Tue., Oct. 20, 7pm. For an interview with the author on the occasion of Unfaithful Music & Disappearing Ink see Earache! www.austinchronicle.com/music. 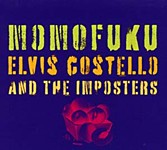