From Amarillo to Southern California and now Nashville, J.D. Souther dresses wounds like a poet 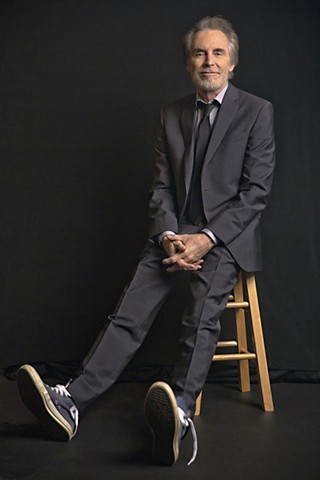 Nowadays, the mainstream knows J.D. Souther from a network television hit, ABC's Nashville. Before that, he was renowned for having written songs recorded by music giants including the Eagles, Linda Ronstadt, James Taylor, and the Dixie Chicks. Souther helped map the Southern California soft-rock sound of the Seventies by charting songs on Billboard.

Born in Detroit, raised in Amarillo, today he lives on a farm outside Nashville. He's become the epitome of his hit for Ronstadt, "Simple Man, Simple Dream." In May, Souther released only his seventh studio LP, Tenderness, a breathtaking call back to his roots. Next month, a couple of weeks after headlining the Dripping Springs Songwriters' Festival, he turns 70.

In fact, Souther took 24 years off from making studio albums after releasing Home by Dawn in 1984.

"I had burnout from the recording and touring cycle, but I never stopped writing," he explains. "I had a lot of songs that were very successful during those 20 or so years. I worked on a lot of Don Henley records, George Strait had a hit ["Last in Love"] with one of my songs, and I had a song ["I'll Take Care of You"] on the Dixie Chicks' Wide Open Spaces. I was never not busy. I just liked being out of the grind."

Life in the Texas panhandle was idyllic before he moved to California in the Sixties.

"My father had a family music store that we all worked at," he says. "We lived in a nice neighborhood. I'm not saying that I was normal. I was pretty much always an outlier, but my parents were supportive of everything we did."

Was the outlier describing himself in his lyrics to another Ronstadt cut, "Prisoner in Disguise"? "You just run like a man with no reason to run/ And no place to ever arrive/ You must be a prisoner/ You look just like a prisoner in disguise." The two dated briefly, with Souther also producing Ronstadt's 1973 album Don't Cry Now.

"Linda is probably the greatest voice of my generation," he opines thoughtfully. "She recorded 10 of my songs. She's responsible for me feeling like a professional songwriter."

Souther's dad played in a band before he was born. His father's mother was an opera singer, and her parents before her the same. Around the fourth grade, he began taking music instruction, playing violin, tenor sax, and clarinet. Then he fell in love with the idea of becoming a jazz drummer. He packed up his drums and moved to Los Angeles when he was 21 – having barely ever strummed a guitar.

"Somebody had left an old gut-string guitar in my apartment, so I started playing with it," he remembers. "It was a very appealing instrument to pick up after lugging a drum set around. Now there are a lot more bad guitar players than there are good guitar players, but you can figure something out right away.

"And a lot of the guys that I met there were wanting to write songs."

That same apartment building counted Jackson Browne and Glenn Frey among its tenants.

"I met a whole set of people that were trying to write songs," affirms Souther. "Jackson is a very careful and very specific songwriter. We had all heard Bob Dylan, who sort of gave everyone permission to write songs about whatever topic you wanted. At that age it was exciting for anyone to be in a very artistic community with people that they really liked.

"We could tell we were making a real contribution and having some success. We all started hanging out together when we were broke. When we started making money, it just got easier and nicer."

Looking back, Souther says the most salient feature of the Seventies was that the Sixties had already happened.

"A lot of doors had already been knocked down for us. I'm saddened by the fact that radio has become a sort of affair now that only about three or four big players really control the high-wattage stations."

Then there's his acting career. Souther began by appearing in another ABC drama in the late Eighties, Thirtysomething, and graduated to the big screen in 1990 with Postcards From the Edge. The latter also landed him an acting agent. Nashville came about by "accident." He was at a dinner in New York with producer T Bone Burnett and his wife, Nash­ville creator Callie Khouri, who described a songwriter role that needed casting.

"I said, 'You know I'm already a songwriter. I think this old geezer Watty White is really an interesting guy. Can I read for him?' They said, 'Sure,' so I read for it and got the part."

Souther shows generally include the Eagles hits he co-wrote: "New Kid in Town," "The Best of My Love," and "Heartache Tonight." They're not the main attraction, however. It's the intimacy of the songs, a timeless authenticity you won't find elsewhere.

"I love everything about playing in front of a live audience," he affirms. "It's funny because I hate everything about the road otherwise. I don't like to travel. I've traveled enough for fun. But for that 90 minutes onstage, if I can really relax into a set, I'm a very happy guy."

There are potent lines that dress wounds only a poet like Souther can sing. Lyrics such as, "Don't you think that a man like me might hurt much more than it shows?/ Just send me black roses, white rhythm and blues/ And somebody who cares when you lose" ("White Rhythm and Blues").

And, from "Faithless Love," another Linda Ronstadt touchstone: "Faithless love where did I go wrong?/ Was it telling stories in a heartbreak song, where nobody's right, nobody was wrong?/ Faithless love will find you, and the misery entwine you." 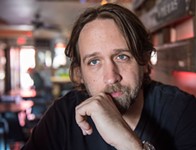 The Magic Kid
Hayes Carll reappears without the riddles 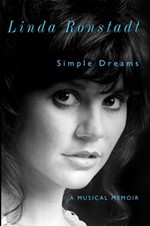