2:30pm, Honda stage
Christened Garrett Borns on the rural coast of Michigan, he now makes music in a backyard tree house in the hills of Los Angeles. That's reflected in Candy, a sun-kissed EP of electro-folk. "10,000 Emerald Pools" is a dreamy mélange of psychedelic pop and lo-fi funk that feels like an underwater cosmos. – Thomas Fawcett 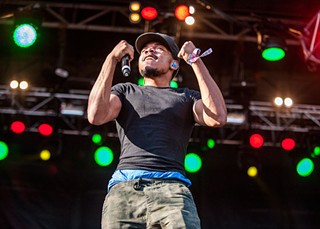 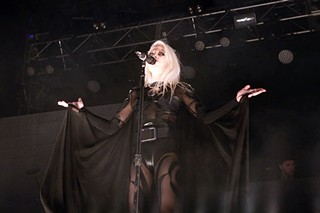 2:45pm, Tito's Handmade Vodka stage
Kali Uchis concocts a sultry mix of soul, doo-wop, hip-hop, and jazz, all while nurturing a sweet and salty bad girl persona. The Colombia native, who moved to Virginia at age 7, got an assist from fellow troublemaker Tyler, the Creator on 2015 debut EP Por Vida. "Kiss my ass, it'll bring you good luck." – Thomas Fawcett

3:30pm, Miller Lite stage
Sylvan Esso's Amelia Meath and Nick Sanborn have spent almost the entirety of this year and last on the road. Their self-titled debut of ruminating synth-pop dropped last May, and if a mysterious tweet and video are to be believed, they celebrate the end of this touring cycle with a sophomore LP in November. – Abby Johnston

4:30pm, Samsung stage
Hardly surprising Ben Howard first emerged from the surfing community with 2011's Every Kingdom. The UK songwriter crafts rich, embracing soundscapes anchored by the depth and calm introspection of his lyrics. Sophomore LP I Forget Where We Were strikes a balance between poignant ballads and more restless reflections. – Doug Freeman

5:30pm, Miller Lite stage
In 2013, Chance the Rapper put us all on notice with Acid Rap, a heartbreaking mixtape. His elastic flow thrilled, but this was still the 18-year-old Chicago MC who watched his close friend get stabbed to death on the sidewalk. He's hilarious, poignant, and razor sharp. – Luke Winkie

6:30pm, Honda stage
Alt-J's 2012 debut, An Awesome Wave, garnered a Mercury Prize for its unique cauldron of electro-folk and ambient experimentalism boiled in indie rock rhythms. The UK quartet's second effort, last year's This Is All Yours, pushes even further. With unlikely samples butting against turns of traditional British folk and harmonies, the conceptual LP turns the pastoral into a haunting sonic universe. – Doug Freeman