Blurbing the second Friday of ACL 2015 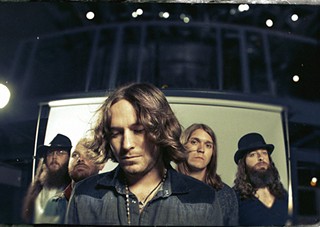 1pm, Austin Ventures stage
Yearning voices Philly native Son Little, a deeply soulful singer/guitarist who's collaborated with the Roots and RJD2. His modern take on deep blues offers subtle electronic inflections and a nod to hip-hop in both timing and rhyme. An eponymous full-length debut due this month follows 2014 EP Things I Forgot. – Thomas Fawcett

A Tribute to Andraé Crouch

1:15pm, Tito's Handmade Vodka stage
Andraé Crouch had a seismic impact on modern Christian music. That's his choir on Michael Jackson's "Man in the Mirror." Raised in the Church of God in Christ, Crouch & the Disciples dominated gospel in the late Sixties/early Seventies. Crouch passed away earlier this year at age 72. Special guests render impassioned renditions of classics like "Soon and Very Soon." – Greg Beets

2pm, Honda stage
Since Fun played ACL 2013, the year after it won a pair of Grammys for Best New Artist and Song of the Year (No. 1 hit "We Are Young"), the New York trio has pursued anything but fun. Frontman Ruess debuted solo in June with Grand Romantic, arena rock whose vox misses bandmate Jack Antonoff's songs in his spin-off, Bleachers. – Raoul Hernandez

2pm, Samsung stage
Big rawk riffs on a four-string stints neither on power nor accessibility for this bass/drum duo from the UK. Royal Blood's bestselling, Mercury Prize-nominated debut prompted patronage of two different generations of rockers in Jimmy Page and the Arctic Monkeys. – Michael Toland

4pm, Honda stage
Ft. Worth native Bridges, aided and abetted by White Denim's Austin Jenkins and Joshua Block, set SXSW 2015 aflame with a Fifties R&B sound that had many swearing they'd seen the reincarnation of no less than Sam Cooke. Columbia Records debut Coming Home then doubled down. – Tim Stegall

5pm, HomeAway stage
For 15 years, Brand New has tortured us. The Long Island fourpiece drops off, resurfaces, throws us gold, and disappears again in cyclic bursts of angst. In April, they suddenly embarked on their most extensive tour in five years after releasing two new songs. If this is the start of a disappearing act, we'll take what we can get. – Abby Johnston 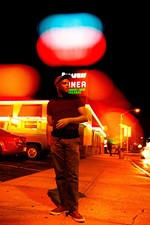