Ten music festivals in 10 weeks? Bring it on. 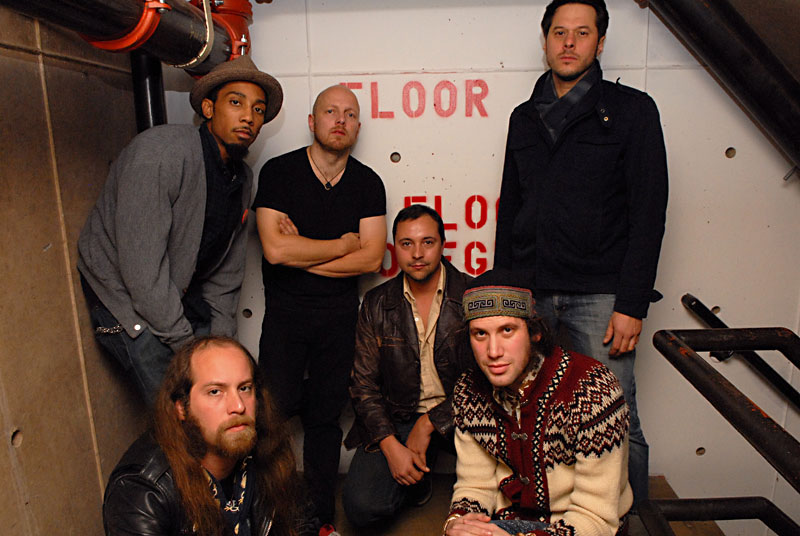 Our fest-obsessed city divides into two distinct seasons. The spring run, March through May, yields South by Southwest, Honk!, Old Settler's, Urban Music, Euphoria, Reggae Fest, and Levitation. Then, after three months spent at local watering holes, comes the equally restless fall fest stretch. The breeze of weekend attractions that brought Float Fest and Bat Fest soon upgrades to gale force, beginning this weekend with a reason to bust out the ol' tent.

Utopia, Texas, Sept. 4-6
Because you hate festivals – long lines, crowds, $8 beers, missing one band to see another. Same for the organizers of Utopia Fest, who've modeled their annual campout as the anti-fest experience: capped attendance, BYO-booze-n-food, no overlapping music. The locally produced getaway presents Explosions in the Sky, Of Montreal, RJD2, Charles Bradley, and Tune-Yards. $199

Eastside, Sept. 12-13
This Eastside club crawl stacks 11th and 12th street bars with primarily black performers. "It's about time somebody stepped up to remind the locals that the music Austin is so famous for began in Afro-American clubs and juke houses that were located on the east side of town," says ESK founder Eddie Stout. Lucky for us, many of those artists are still kickin' and pickin', including veteran harp-blower/vocalist Blues Boy Willie, octogenarian bluesman Hosea Hargrove, slide master Sonny Rhodes, and Miss Lavelle White. $13/day

Delta Millworks, Sept. 18-19
Canceled. Expectations were high for the second annual event, which anted up with Danny Brown and Jay Electronica, but advance ticket sales were so low that the promoters' feet turned to ice. The implosion raises questions about the commercial viability of a dedicated hip-hop gathering in Austin, and now organizers are tasked with returning next year.

Zilker Park, Oct. 2-4 & 9-11
The polar opposite of the aforementioned specialty fests, Zilker's two-weekend behemoth promotes megastars both rising and established. Foo Fighters for the parents, Deadmau5 for the kids, and Drake for everyone in between. Music snobs get Sturgill Simpson, Decemberists, and Leon Bridges. Appeal generated? 150,000 or so attendees. "It's a fucking honor to break the hymen on this new club," screamed Steve Brodsky of Mutoid Man to a packed audience at Sidewinder on Monday.

The NYC metal trio served as inaugural headliners for a new venue that's essentially a Frankenstein of Red River music – transplanting the heart of Red 7 into the body of Red Eyed Fly. The grand opening occurred only three days after its respective predecessors had closed, but the crowd turned out, flooding the new venue's tiny front room with metalheads. A rager thus transpired, with heavy music and light hearts serving as the perfect intro for Red River's newest business.

Because the outside stage won't be operational until Friday, Monday's show took place inside, revealing a killer, lo-fi show space capable of resonating with electric intensity.

"Before tonight I didn't know how much we'd use the front room," acknowledged co-owner Jared Cannon. "But after seeing this, I think we'll use it a lot. It's completely different from an inside show at Red 7. It feels a lot more intimate; everyone's closer to the band, and they aren't on a big-ass stage."

Cannon predicts Sidewinder will become more of a hangout spot than Red 7.

"It's more inviting. There's a lot of natural light and the stone and brick is pleasing to the eye," he notes. "Red 7 was not a comfortable room. It was a big, dank, dark, ugly warehouse. This is a really nice, cozy little bar, so I can actually see it being used for happy hour where we don't have to drag people in."

The OBN III's have readied another platter of unfuckwithable rock & roll called Worth a Lot of Money. Orville Bateman Neeley III and company's fourth album arrives via local imprint 12XU on Sept. 14, but Austin gets early access with an in-store performance at End of an Ear next Tuesday at 6pm.

Hotel Van Zandt, arriving in the Rainey district this fall, will include a fourth-floor restaurant called Geraldine's featuring daily live music. The branding, referencing songwriter Townes Van Zandt and his politician third-great-grandad Isaac, has been approved by the family. "Playback" recommends they dub the property's dumpster Hotel Blaze Foley.

Shawn Butler, one half of popular Houston DJ duo Foreign Twiinz, was arrested before a gig at the Darband Hookah Lounge on Anderson Mill Road last Thursday. Butler, 21, was wanted in connection with a recent armed robbery/home invasion in Houston.

White Ghost Shivers celebrates 15 years of old-timey whorehouse swagger with an anniversary weekend at the Continental Club Sept. 11-12. The hokum gang gets heavy as their punk rock alter egos, Boomtown, this Friday at Beerland.