Could music collectives make Austin the next Music Row? 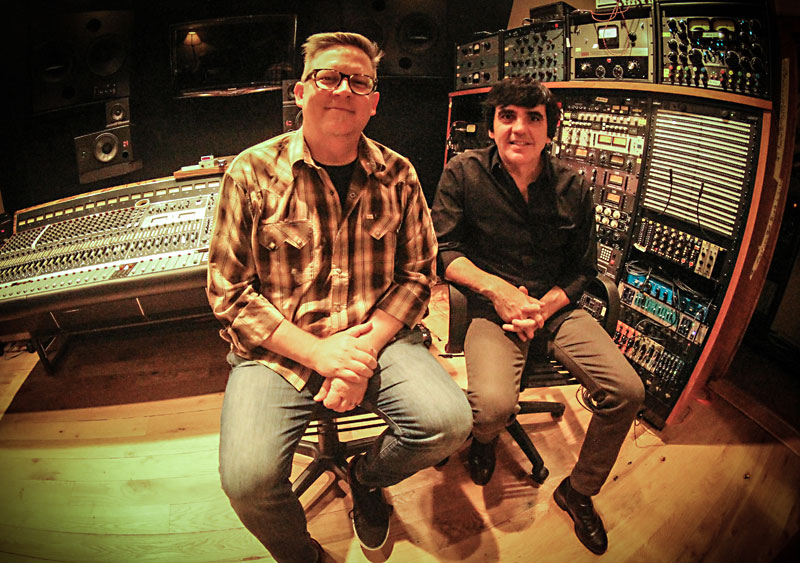 There's no quick fix for the arduous grind of Austin's music industry, where the pay's low, the rent's high, and only the most faithful believe their hard work will one day amount to anything more than eking out a living. And yet, there are big ideas and people behind them willing to invest millions into our ragtag scene in hopes that it'll grow into something sustainable, whether it's a new Music Row (Nashville) or simply a viable DIY culture.

Even before this summer's Music Census (revisit "Playback: Austin Music Census," June 5), which exposed our industry as fragmented and outlined the need for clusters of affordable working spaces, plans for creative hubs were coming to light. First it was St. Elmo's Market and Lofts in South Austin, catering to music-focused business. Last month, Keller Williams Realty chairman Gary Keller made public his plans for All ATX Music Factory, an incubator aiding career development for Austin musicians.

"We've gone from famine to feast," says Don Pitts, manager of the city's Music & Entertainment Division. "We're consciously optimistic that we can get them in alignment. I think our industry can support three co-working spaces as long as they're in the right geographical areas."

Today we introduce the latest, and most ambitious, music industry unifier. Mosaic Sound Collective aims to consolidate resources and services musicians need under one roof and make it affordable through a cooperative model. Slated for Mosaic's campus:

• A hostel for touring bands

• A venue with recording/video capabilities

• Office space for businesses and nonprofits

Several of those concepts have never existed in Austin.

At the helm of Mosaic is Dan Redman, sire of Residual Kid's rhythm section and successful wine broker, who's been working on the project since early last year and expects it to open in 2016.

"My motivation for this, coming at it as a music fan and having an interesting perspective with my kids, was seeing their peer group, not kid bands, but adult bands, struggling to make enough to live here, let alone make a name for themselves in Austin," he explains. "I see them working their asses off to go on tour for three months, then they come back and work two or three jobs to start the cycle over. They have passion, they have skills, but maybe they're not the best business people.

"Helping a guitarist who's a screenprinter but needs web design, and knowing a musician who's a web designer but needs gear repair, and putting them together from a business standpoint seemed pretty easy."

Tyler Cannon, a publicist who represents Shakey Graves and Delta Spirit, says the availability of affordable workspace is paramount to small businesses like his.

"The biggest challenge for me has been finding a space," he affirms. "I've been in three different studios, but most of what I can find is geared more towards artists, as in painters or sculptors. When musicians [and music industry professionals] hit a certain level, they're supposed to move to Nashville, New York, or L.A. to grow. Where we're lacking is the infrastructure for people to be part of the larger music industry as a whole and still be based in Austin."

Another drummer, Spoon's Jim Eno, will head up the collective's tech incubator. Eno, an electrical engineer who moved to Austin in the early Nineties to build microchips before his band became huge, says the program will allow him to marry tech and music.

"My high-tech background informs the way I think about music," he said late Tuesday night, fresh off becoming a father again.

This month, the dream inches toward reality as Redman works to secure a 25,000-square-foot space that can accommodate all the collective's functions. They're in negotiations with a sprawling compound on the Eastside, among other sites, and plan to buy land in order not to face Austin's skyrocketing rent increases. As for partners and tenants, Mosaic has already received interest from recording entities, food and beverage partners, and a major local booking concern.

"The needs are there, and people with more skills than I have are ready to do it," says Redman. "I'm not trying to make a million dollars and a name for myself. My goal is to create a music community like I remember moving to Austin to be a part of in 1992. Where it wasn't about competition, but about supporting local music and providing a launching pad for Austin artists and creatives.

"It's time to rebuild our music scene, through focusing on the good of our music community, instead of the self-centered needs of each individual."

From Dusk 'Til Dawn on Red River

The end is nigh for Red 7. The Downtown concert venue was expected to remain open through September, but last week owners audibled to close a month early.

"There are three groups of people on the leases at Red 7, and this boils down to the dynamics between those groups, because unfortunately none of them really get along," divulged Red 7 owner Tyson Swindell. "So everyone's determined last-minute that to make sure everyone gets their bases covered, we need the maximum amount of time to move out. We looked at the calendar, saw we could move a lot of the shows, and went for it."

Considering the hasty exit and reopening, neither venue had the lead time to prep a sentimental stretch of goodbye shows. Owners of Holy Mountain, which shared a landlord with Red 7 and also couldn't renegotiate a lease renewal, have had months to queue the perfect walk-off music. Booker James Taylor says he's got three Mondays of secret shows booked (Aug. 31, Sept. 14, and Sept. 21). Performers, doing substantial underplays, will be announced the day of show.

13th Floor Elevators were briefly believed to be staging another local reunion after a show listing for them and Bubble Puppy at Threadgill's World Headquarters on Sept. 18 appeared on the venue's website earlier this week. Frontman Roky Erickson's manager, Darren Hill, says his client wasn't involved and put the kibosh on the show's promotion.

Akina Adderley's got entertainer DNA. Her great-uncle is jazz legend Cannonball Adderley and her mother's a famous performing arts instructor. Janet Adderley, a television and Broadway actress, has brought her L.A.-based performing arts program to Austin, launching with an open house at Ballet Austin this Sunday, Aug. 23, 3-5pm. Her afterschool program, open to ages 3-18, begins mid-September.