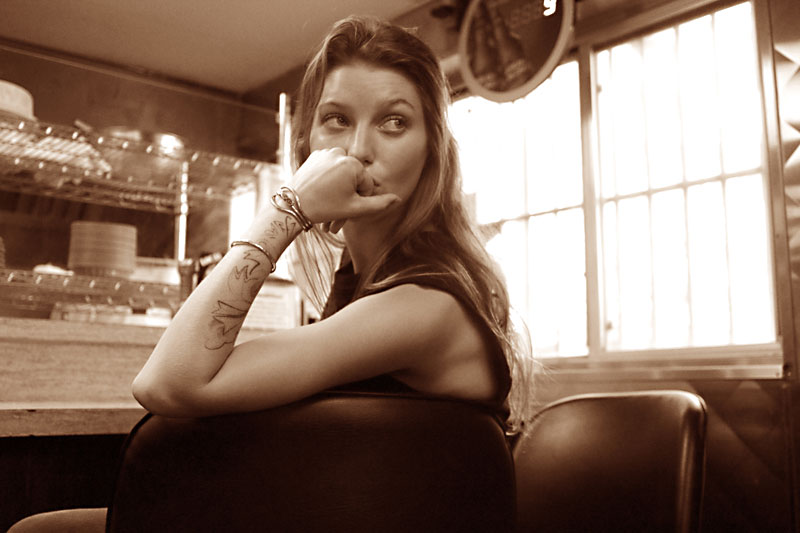 One afternoon when she was still in high school, Carson McHone walked into the Hole in the Wall and told Denis O'Donnell, then one of the old dive's senior managers, that she'd been asked to play a show. Her classmate broke his collarbone and said the gig was open. Her guitar was in the truck – she'd dipped over from McCallum.

"That story was full of shit!" laughs O'Donnell. "There wasn't even a band supposed to play that early."

No patrons were in the bar, so he let her get onstage. After she finished, O'Donnell invited her to open Fridays for Country Willie Edwards.

"She was not nervous, she was confident," recalls O'Don­nell. "She wrote most of her own songs, and they were sad. It wasn't contemporary music you'd imagine someone who's 17 would attach to. It was unique, and her voice was unique. It had an Irish tinge to it."

At that age, none of McHone's friends could get past the door guy, but her father, Marshall, owned Hill Country Brewing. They brewed Balcones Fault Red Granite and the Pale Malt Extra Special Bitter. He knew bar folk, local musicians. They'd all round up at the Hole in the Wall to listen to their friend's daughter.

You can't call yourself a brewery baby until you've swum in the vats that brew the beer while they're receiving their scheduled cleanings. Carson McHone did. She says the beer was baby flavored.

She'd cruise to bars and venues with her father – Threadgill's, Cactus Cafe, Saxon Pub – to deliver kegs and handle business. Her father remembers the Cactus in particular.

"She got up onstage and played her fiddle," recalls Marshall McHone. "This was early in the day when hardly anyone was there, but she was always pretty fearless about things like that."

She wrote poems as a kid, a skill she picked up from her mother, Margaret Bentley. Her first guitar came from some friends of theirs; a tack-on a few years after they sold the McHones a horse. She was raised listening to Ralph Stanley, Ed Miller, Townes Van Zandt, and Patty Griffin.

Everything gelled at a McCallum songwriting class when she was 17.

"There was this line where she was talking about sitting in the bed of a pickup truck at sunset; like this quintessential country lyric," remembers Tom Watterson, McHone's teacher. "Nobody else in the class was doing that. It just seemed like this was a kid who had a very firm idea of where she wanted this to go."

Her Hole in the Wall residency started then. Tough place for a teen to play sometimes. O'Donnell once threw a drunk out when he was arguing with a friend of McHone's parents during a happy hour.

"I walk this guy by his shirt and put my foot in front of his foot, slam his body through the door," he says. "He fell asleep out on the street. It was nasty."

The two got along famously. In O'Donnell, McHone had her first break: a gigging musician with a keen sense of country music's history who played banjo and sang rough folk songs. In McHone, O'Donnell saw the future: an Austin kid who could sing like Hazel Dickens.

He invited her to join his band, the Bread, for a few songs at the now-closed Parlor before she left for college. There, O'Donnell gave her a copy of Siddhartha, the 1922 Hermann Hesse novel about a young man starting his journey. A note on the inside cover thanked her for happy hours.

"Good luck in college," it read. "I bet I'll see you back in town with a guitar before too long."

Hendrix College near Little Rock, Ark., wasn't for Carson, who returned home midway through her second semester. She waited tables at a Downtown restaurant and got a Tuesday residency at the Hole.

"I wasn't getting my shit together," she reflects. "And I was not a happy person."

Her luck changed that winter when her parents partnered with O'Donnell, his wife Ashley, and Hole in the Wall manager Nath­an Hill to open the White Horse Downtown.

Debuting in Dec. 2011, the Eastside venue immediately became a favorite among both hipsters and veteran honky-tonkers. O'Donnell and Hill meshed their favorite HITW acts – Mike & the Moonpies, Leo Rondeau, Mrs. Glass, Them Duqaines – with Austin OGs like Rosie Flores and Bob Hoffnar. One giant party ensued: dancers up front and hordes of clinking glasses in the back.

O'Donnell gave McHone the Monday happy hour. She began with a fiddler, then met her first band in the venue's parking lot. Strumming a song on the tailgate of her pickup, an upright bassist and second guitarist scurried over to join her. Soon the band was opening bigger nights.

She wrote an EP and put it out in January 2013. Settling into Wednesdays at the White Horse, McHone set up Leo Rondeau. When Them Duqaines pulled out of Thursday, Rondeau nabbed it and McHone took his slot. Barely old enough to frequent the club, she now had to carry it until close.

"Growing up in this town, it's all around you," McHone rationalized in June over a cup of hot tea at the Whip In. "People are playing everywhere. In that way, it's less daunting.

"I was always writing. A lot of the early stuff was busy and unstructured. Then I started going out more because I could actually get into bars. I remember starting to play at the Horse: I was playing these songs that meant a lot to me. But when you get in a room and have to carry it, people want to move.

"How do you get people to move? You realize you want to be George Jones."

She folds her arms to cradle an imaginary guitar while saying this, strumming long and slow the way the Possum used to. Now 23, with tattoos along her forearms and a set of threads that would likely get sent back if she tried to donate them to a Goodwill, McHone doesn't look like a country legend the first time you see her, but she can roll like "White Lightning" and seduce dancers to a crawl like Jones' "Tender Years."

"'My heart won't be gentle with my mind,'" quotes O'Donnell when asked about McHone's songwriting. "She was 21 when she wrote that. Blake Shelton can go eat a pile of dicks. Carson's singing from her heart."

Last July, the night before he turned 40, Oxford, Miss., minstrel Charlie Mars went to the White Horse to meet with writer and KGSR deejay Andy Langer. A Wednesday, sometime after 10pm, meant dancers showing off their footwork and McHone onstage egging them on. Mars approached her.

"He was like, 'I want you to sing with me at Blues on the Green next month,'" says McHone.

Mars sounded hammered when he asked her, so she didn't rush to put the date on her calendar. On the road in Minneapolis a few weeks later, she got a call from Mississippi. Turns out Mars has been sober 14 years.

He asked her to join him onstage at Zilker to sing the first verse and harmonies on "Blackberry Light," a song Mars originally recorded with the Dixie Chicks' Martie Maguire and Emily Robison.

"I remember sitting there at the table thinking back to when I first started, and how hard it was to get a break like that," says Mars. "I just had an instinct about her. I was feeling it. She could play and sing, and she had a charm onstage. Sometimes you hear somebody and think they have it, or could get it with an opportunity."

The two practiced once together, the night before the gig at a session space off 51st Street. Mars' band was there. Local producer George Reiff held down the bass slot.

"She walked into rehearsal with all her worldly goods stuffed into one boot, said, 'I'm not so good at harmonies,' opened her mouth, and sang the hell out of the song," notes Reiff. "Then she got up and climbed into the world's most beat-up pickup truck and sped off with a cigarette in her mouth."

Reiff was impressed. He called McHone a few months after the BOTG gig and told her Ray Wylie Hubbard needed her assistance on a track he was producing.

"I said, 'We need to find a female, drunk Keith Richards,'" remembers Hubbard of his quest to complete "Chick Singer, Badass Rockin'," the lead single on the outlaw's latest, The Ruffian's Misfortune. "George said, 'I know just the girl.' She came in and just nailed that really cool, Stones-y harmony. It was perfect, and she just sparkles.

"She's condemned by the gods to write."

Reiff rang McHone again a few months later when he was working on Shinyribs' Okra Candy, wherein she gets soulful on single "Baby What's Wrong?" and once more with Uncle Lucius, whom she joined for "No Time Flat," a slow burn of Southern rock that finds McHone sizzling with Kevin Galloway.

"Everybody knows Carson as this really good honky-tonk singer," explains Reiff. "I know her as that, too, but I think she's got all sorts of other talents and parts that she can sing. I've just wanted to throw her into these unconventional settings. And she's done great. I just say, 'Get into this character,' and she does."

Carson McHone's busy these days, quick touring and performing one-offs in places like Nashville for a video shoot, and Saint-Agrève, France, for the Equiblues Western Festival. In April, another Austin music native, Shakey Graves, had her open eight shows during May and early June, traversing Idaho, Colorado, Missouri, Detroit, and the southeast.

"I learned a lot from other bands doing that for me," notes Alejandro Rose-Garcia, aka Graves. "I don't know how you educate yourself on different crowds and places if someone's not going to take that chance on you. She, maybe more than other bands, would benefit from seeing the harsh realities of what a tour is like. She's got a timeless country singer voice, and it only figures to get better."

Only 28, Rose-Garcia remembers well when he first hit the road, and what it was like to walk into a strange club in a strange town and try to sell his music to an audience that didn't know him.

"Her comfort zone is small bars, and I just wanted for her to see it's not so scary," he says. "By the end, she opened up. It wasn't a drastic change, but it was noticeable."

McHone's relinquished her White Horse residency, though she still plays locally often. Sundays when she's home, she holds a songwriter night at the Hole in the Wall, where contemporaries including Mrs. Glass' Jordan Webster and East Cameron Folk­core's Jesse Moore get up to play their songs. This weekend bows her debut album, Goodluck Man, which she recorded with O'Donnell for his label Good Horse Records.

Even so, the road beckons.

"I've never played for crowds like that," she says. "I've played for crowds of people who are my friends, and there's awesome energy, but these people had no idea who I am. They'd come up all excited after the show and be like, 'I've never heard of you!'

Carson McHone celebrates the release of Goodluck Man at the White Horse on Saturday, Aug. 1. 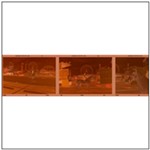