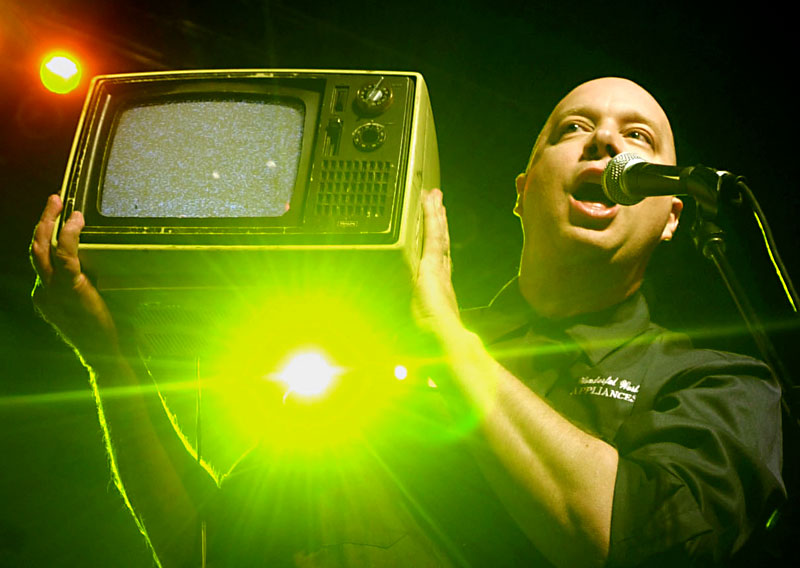 July 1976: Killings began in New York City, amid a nation high about its 200th birthday. They seemed random, then not so random. The horrific acts of David Berkowitz, who called himself "Son of Sam" in a taunting note to police, gripped the country in bloody outrage for a year. A dog ordered him to kill, Berkowitz claimed.

In the benignly named Houston suburb of Pearland, around 1980, the teenage boys in the Judy's recorded The Wonderful World of Appli­ances EP. With only drums, bass, and occasional keyboard or percussion, the minimalist trio skewed toward Devo and looked like Boy Scouts on a New Wave bender. Their regional popularity spoke of the moment: "Vacation in Tehran," "Radiation Squirm," and "How's Gary?"

"Dogs" was a breed apart.

The audience barked as Jeff Walton's bass growled and Dane Cessac's stripped drum kit hounded the song in menacing footsteps. David Bean would croon into the microphone, "I hear dooooogs!" His large brown puppy eyes rolled back in his head to the whites, and the crowd howled like pack animals.