A playlist for the dog days of summer

"Yeah, this is a story of a famous dog." In 1982, P-Funk's R&B chart-topper almost got run down in the street, the author's industry revolt colliding with radio programmers and the oncoming youth tidal wave. Later sampled into a standard, its "nasty dogs," old-school lyricism (possibly crack-induced, according to Clinton), and a monster bassline create a "futuristic bow-wow." – Kahron Spearman

An Oxford, Miss., trio and one of the prime proponents of the Nineties alt.country movement, Cary Hudson, Laurie Stirratt, and Frank Coutch loved their dogs, even titling their 1995 sophomore LP Dog Days. "Black Dog," a bluesy rave-up, yapped on the follow-up, 1997's Homegrown, and guests their hound perfectly, excitedly barking along to the song as it's being recorded in the studio. – Jim Caligiuri

Howling open the other fab four's titanic fourth LP, the album sessions' mascot, a nameless black Labrador, chases its tail to bassist John Paul Jones' mangling riff, which causes uncomprehending humans to tilt their heads at the pretzel time signature in the turnaround. "[John] Bonham is playing on the opposite side of the beat to the bass and guitars," states 2005's Led Zeppelin: The Story of a Band and Their Music, 1968-1980. – Raoul Hernandez

One of the last vocal performances recorded by Nick Drake before his suicide in 1974, "Black-Eyed Dog" remains one of the Brit's most harrowing and vulnerable performances. His trembling, tentative voice over acoustic guitar captures inevitability and struggle – the black-eyed dog of depression that hounded him – and our own retrospective knowing that he couldn't escape its clutching maw. – Doug Freeman 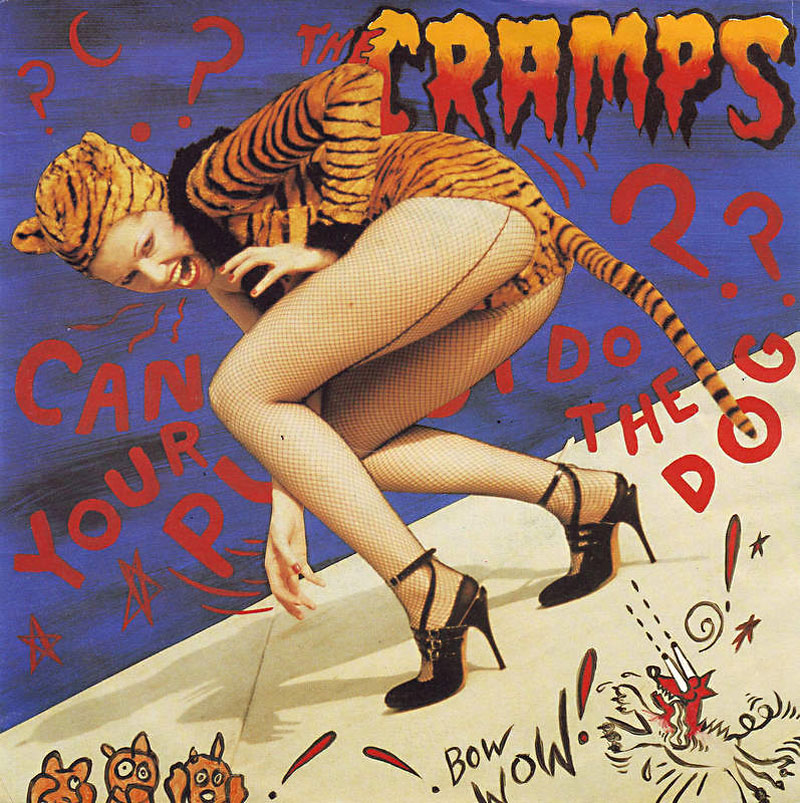 "Can Your Pussy Do the Dog?," the Cramps

David Robert Jones released his eighth album on RCA in 1974. The album began life as a theatrical production of George Orwell's dystopian 1984, but the estate denied the rights. Bowie resorted to Tod Browning's 1932 horror flick Freaks for inspiration on the title track, which delivers a punk punch that leaves you doggin' in the heat and wondering where Ziggy Stardust ran off to. – William Harries Graham

The base theme of (ex-)lover as a dog here applies to the fairer sex: "Your problem's cured with a dollar bill/ And if it won't, I know a flea collar will/ You're just a dog, a scurvy dog." Its riff could be T. Rex's "Bang a Gong" played sideways, while the chugging, 1983 techno groove preserves the moment that the Houston trio ruled MTV with beards and hot rods. – Tim Stegall

"Do the Dog," the Specials

Retrofitting a 1965 single by "World's Oldest Teenager" Rufus Thomas, UK Two-Tone politicos the Specials updated its originator's comic bop for creeper-clad rude boys via riotously uptempo Jamaican ska. London 1979 boasted bricks, barricades, bullets, and the far right on the ascension, so "Dog" lists the real-life horrors of pre-Thatcher Britain. Not that you needed to back Labour to prowl 'n' growl the dance floor in your porkpie hat. – Marc Savlov

This failed UK punk band announced its revamp as a tribal drum glam band in pirate/Native American garb with this 1980 anthem. The cutthroat, dog-pound ways of the world will be undercut by moving "real good" and dressing "so fine." "Leapfrog the dog and brush me, daddy-o," yelps Ant like a delinquent extra in a Fifties B film. Add Duane Eddy guitar, and it's the ultimate dog pack fanfare. – Tim Stegall

This ode to a boy's best friend, an antique stuffed dog on wheels, became a cult classic for the Glaswegian pop pups. Originally appearing as the title track of the then-octet's 1997 EP, it got scooped up for a box set in 2000, then resurfaced again on 2005 compilation Push Barman to Open Old Wounds. Like a childhood bestie, its horns blaze the Pavlovian welcome of familiarity. – Abby Johnston

One of the most dynamic performers of the early rock & roll era, Detroit's Jackie Wilson earned the heavyweight title Mr. Excitement. His four-octave vocal range soars front and center on this 1960 ballad directed at a cheating (doggin') significant other, crystalline piano and a gospel chorus echoing Wilson's pain. It spent three weeks at No. 1 on the R&B charts. – Jim Caligiuri

"Gonna Buy Me a Dog," the Monkees

Stoking haterz of the era, Tommy Boyce & Bobby Hart composed this perky, contrived track from the band's eponymous 1966 debut, the first of four consecutive No. 1 LPs. Schtick befitting their respective show business backstories, only Micky Dolenz and Davy Jones recorded it, the latter referencing the banned novelty hit "They're Coming to Take Me Away." Bassist Larry Taylor plays both on this and Tom Waits' "Rain Dogs." – Margaret Moser 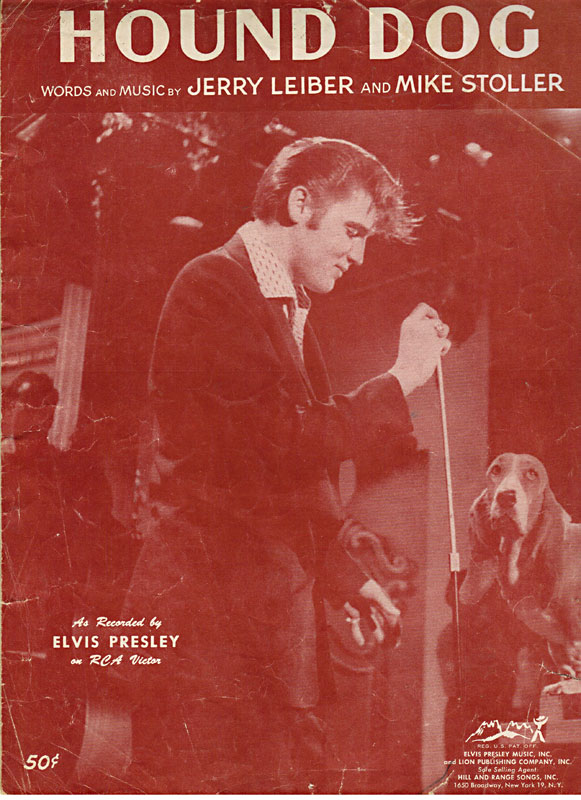 Two differing shades of contempt for a no-account cheater from the pens of L.A. teens Lieber & Stoller, both crucial. In 1952, Thorn­ton roared her disgust for her dawg of a man over nasty guitar. Four years later, Elvis attacked a friend doggin' his gal over machine-gun rhythms, sheet-metal power chords, and a revamped lyric: "You said you was high-class/ Well, that was just a lie!" – Tim Stegall 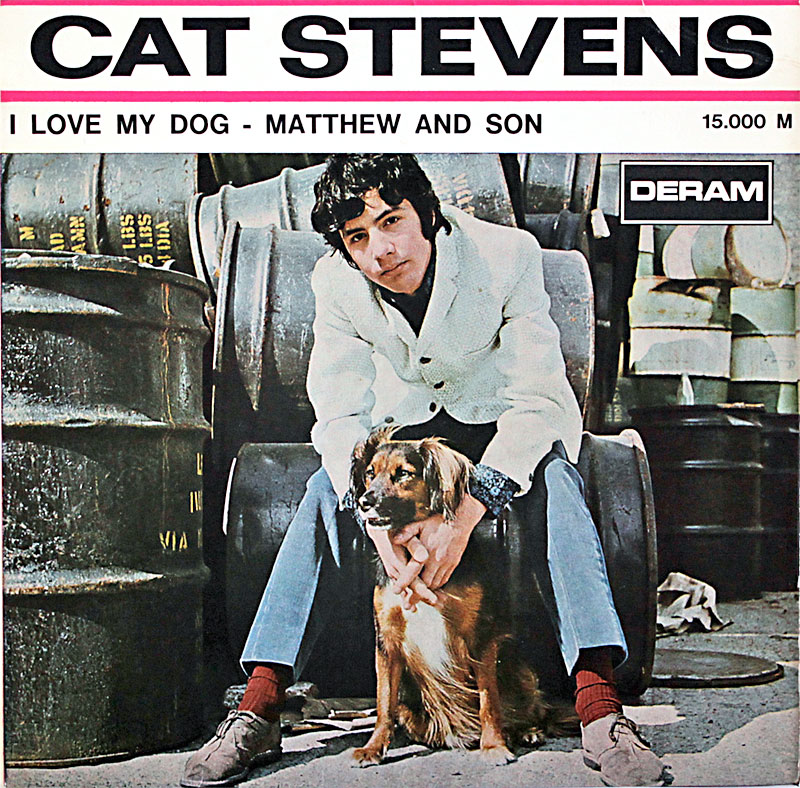 "I Love My Dog," Cat Stevens

Was Cat Stevens thinking of early paramour Carly Simon when he sang, "I love my dog as much as you" on his first single in 1966? Now Yusuf Islam since converting a decade later, controversy still follows the folky "Peace Train" engineer after he endorsed putting a bounty on Salman Rushdie's head in 1989. This time, he admitted to lifting the melody for this canine from Yusef Lateef's "The Plum Blossom." – William Harries Graham

Marvin Gaye's first chart-topper was co-written by Smokey Robinson and features the cascading background vocals of the Miracles. A 1965 love song littered with thinly veiled threats of leaving, it sounds sugary sweet until put under the microscope. "Every woman should try to be whatever her man wants her to be," croons the singer in his silky smooth tenor. Ladies, hit it: "I wouldn't be doggone, I'd be long gone." – Thomas Fawcett

"My Dog Is Dead," Glass Eye

The third song from these Austinites' long-delayed farewell album, 2006's Every Woman's Fantasy, tackles the grief of pet loss in plaintive terms. Shared subject matter aside, it's the antithesis of Henry Gross' lachrymose Seventies hit, "Shannon." For anyone whose childhood included the feeling that no one understood you better than your dog, Kathy McCarty's lyric and Stella Weir's keyed-in melancholia will burrow deep in your craw. – Greg Beets 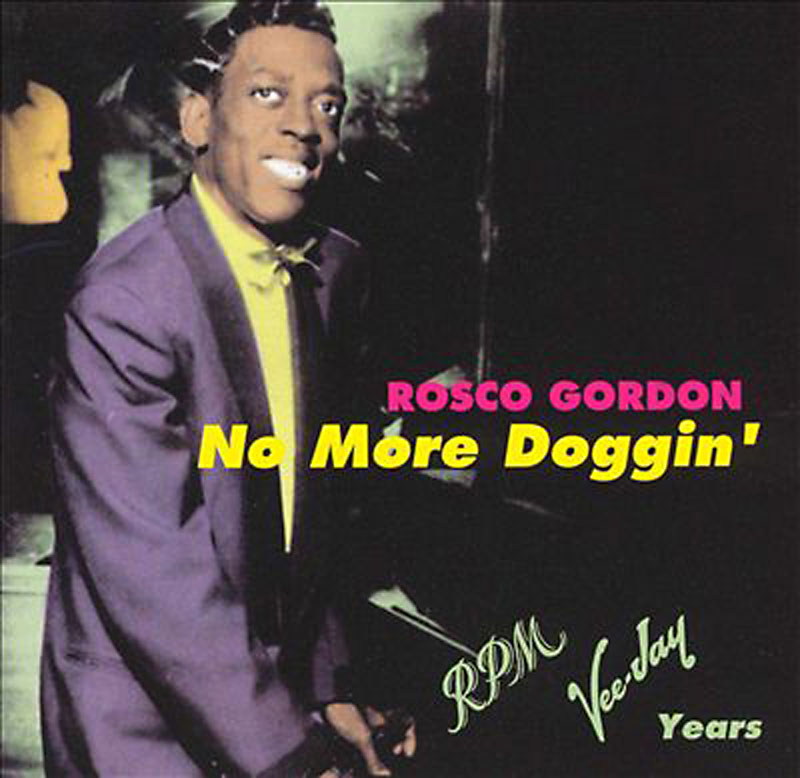 This 1952 R&B hit hinges on a loping piano shuffle now known as "Rosco's rhythm," signature sound of late Memphis piano man Rosco Gordon. The tune stands on its own merit, but its massive impact wouldn't be realized until it reached Jamaica, where the boogie's accent on the offbeat helped lay the foundation for ska. "Rosco Gordon is the seed of reggae," WBAI deejay Terry Wilson once said. "Not the root, but the seed." – Thomas Fawcett

Some rappers are all bark, no bite. That's the message behind "Quiet Dog Bite Hard," which begins with a defiant clip of Fela Kuti and finds Mos Def expertly engaging in the age-old tradition of calling other rappers garbage. With sophomore album The New Danger skewing toward blues-rock experimentalism, 2009's The Ecstatic was refreshing if only to hear Yasiin Bey drop bars again: "They phony as a face lift, I'm nothing to play with." – Thomas Fawcett

Flatt & Scruggs didn't write "Salty Dog," but they made it bluegrass canon. A traditional blues first recorded by Papa Charlie Jackson in 1924, the guitar/banjo duo cut their take as a 1952 single, with Benny Sims on fiddle and vocal. The ambiguity of its titular call ("Honey, let me be your salty dog") allows intentionally lascivious interpretation, with often appended verses emphasizing the bawdy possibilities. – Doug Freeman

From 1969 double album Uncle Meat, the Mothers of Invention's fifth, subtitled, "Most of the music from the Mothers movie of the same name which we haven't got enough money to finish yet," this song found Frank Zappa spreadin' his composer wings into classical and jazz – besides adventurous blues and rock. This particular piece sounds typical of the time's avant-garde, with synthesizer, acoustic guitar, and marimba chirping along majestically. – Jim Caligiuri

Memphis crooner Rufus Thomas knocked it out of the park with this Stax single, which reached Billboard's Top 10 in 1963. The song became his signature and was covered by three notable rock & roll giants: the Rolling Stones, Aerosmith, and the Who. Apparently the Tennessee air reminded Thomas, a renowned flirt, of the dog days of summer, because he went on to write at least six other dog songs. – William Harries Graham