Is Dirty Sixth Street the wasteland the music scene makes it out to be? Five straight nights answer loud and clear. 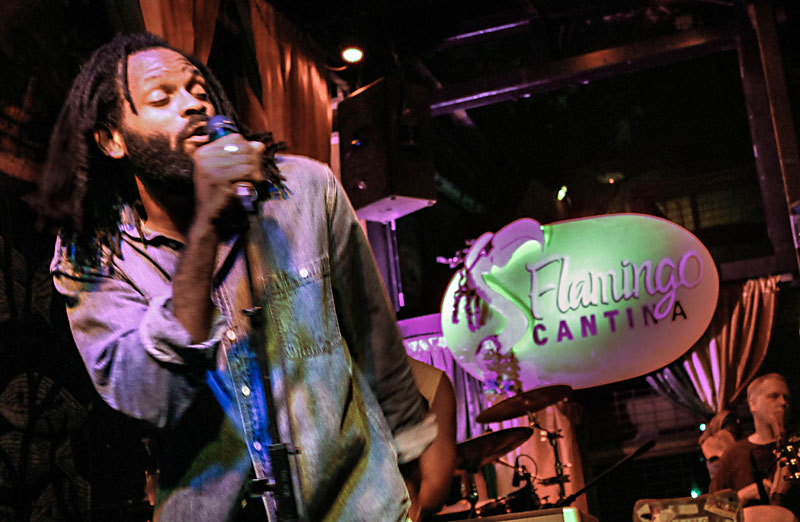 On a cozy corner stage inside Dizzy Rooster, a bearded man in a ball cap strums the buoyant chords of Steve Miller's "The Joker" to the backs of 20 drinkers bellied up to the bar. Without turning around, an older patron yelps the song's wolf whistle slide guitar, likely an involuntary response conditioned by decades spent listening to barroom cover bands. Staying in the same chord progression, the songman segues into Shaggy's "Angel," and Def Leppard's "Pour Some Sugar on Me," before bringing the frat house mash-up full circle with the original chorus.

Welcome to Sixth Street on a Wednesday at 5pm. Specifically "Dirty Sixth," the blocks between Congress Avenue and I-35 that remain Austin's notorious entertainment district. Tourists primed for our celebrated scene will arrive here where they'll be sold a fugazi of Austin music.

That cultural disconnect, between Austin's artistic musical offerings and the entertainment on this bar-lined thoroughfare, inspired me to spend five straight nights only experiencing music on Dirty Sixth. That artery is largely perceived by Austin music fans as a wasteland, but surely there must be warm bodies amongst the zombies.

Unhappy with happy-hour cover bands, I slide into a joint called Friends and watch Swamp Sauce beat out the bayou blues. The stage lights up with altar candles around snaky frontman Jeff Clark, who's blowing equally hot harp. The bar's decor pays respect to the local music scene with massive portraits of James Cotton and Guy Forsyth on the walls. The audience pays attention – responding, applauding.

Not a bad start.

Rose peddlers, panhandlers, bike cops – the weekend's begun. A suitcase lying in the street unzips to reveal a contortionist. An Australian tourist, who flew in three hours ago and went straight to Sixth, notices filthy-minded street musician G.O.A.T. walking by with dollar bills hanging from his Texas flag thong, banging on a tambourine.

"This is the craziest fuckin' street I have ever seen!" hoots the visitor.

Through the dense pedestrian traffic, voodoobilly rocker Izzy Cox appears. She's about to play the 311 Club, a venue she's recently begun booking. Her sultry murder ballads and tortured love songs play to a small but heavily tattooed crowd. Her loud, heart-wrenching gutter blues are an unexpected find on Dirty Sixth.

At EDM cellar Barcelona, the doorman's skeptical of my ID because the dude on my driver's license doesn't have a giant beard. Time to hit the Vulcan Gas Company, which has little connection to the historic Congress Avenue venue that helped forge Austin as a psychedelic rock stronghold in the late Sixties. It's a sleek room that has the best light and sound on the strip aside from the Parish, and tonight it's packed with patrons dancing to trap remixes and three girls who've jumped up on the DJ platform to shake their asses.

Across the street, skilled musicians are playing Spice Girls and donning propeller hats while entertaining Swiss tourists with native music ("The Chicken Dance"). It's a regular night at Pete's Dueling Piano Bar, where the audience goes wild over the opening chords of Tom Petty's "American Girl." Here's the piano equivalent of painters working as caricature artists.

Why would any musician shelve true creativity? Because their tip jars are brimming with $20s.

TGIF finds me wishing for a time machine. Fifteen years ago, I'd have been inside the Black Cat, a lo-fi institution hosting Austin's country, funk, and metal that got charred to the rebar in a 2002 electrical fire. Instead, I'm at the Nook, an alleyway venue where the Black Cat once stood, observing garage-blues act Mojo House perform "I Put a Spell on You." The band is decent, but the sound, stage, and vibe reek of an alcohol dispensary.

At metal stronghold Dirty Dog, a venue so boldly unhip it feels like a portal to San Antonio, pink-haired goth rocker Nancy Silva compels. Cable access host Dave "Dave TV" Prewitt is on hand and confirms that, in the early Nineties, Sixth Street, with venues like Steamboat and Black Cat, was ground zero for original Austin music before eventually being overtaken by cover bands.

"You know the Sixth Street drinking game?" he asks. "You drink every time you hear a Stevie Ray Vaughan cover."

Afterward, I stand in the middle of the street and observe the 2am cavalcade: males with pit bull aggression circling women with cat-in-heat desperation. On the corner of Neches and Sixth, a man vomits up his bar tab. These are amateurs – newly legal drinkers, tourists, and weekend warriors – but it's obvious that Sixth Street, more than any other district in Austin, incites wild, blackout nights.

Tour buses on Sixth have been scant since Emo's moved. Saturday night they're docked outside of the Gatsby, a cocktail bar utilizing its patio as a quality concert venue under direction of veteran scenester Matt Meshbane. Dharma Kings, fronted by dreadlocked "attorney that rocks" David Komie, are plying an excruciating cover of the Dead Kennedys' "Holiday in Cambodia."

Meanwhile, the audience waits for Gunzo, a new vehicle led by L.A. Guns founder Tracii Guns. Against the odds of age, the guitarist and his veteran rocker cohorts bring enough firepower for a satisfying classic rock hit parade.

By Sunday bloody Sunday, Dirty Sixth has worn on me and I'm dreading yet another night on the charmless strip. While fueling up on history's worst slice of $4.25 pizza, I admire a new plaque outside the Alamo Drafthouse Ritz. It documents the theatre's history as a punk venue and name-drops Black Flag and the Dicks.

I enter to take in a docu-concert on trip-hop and the trancey music calms my nerves. A cadre of local musicians, anchored by beat crew Applied Pressure and vocal sirens Keeper, re-create tracks by DJ Shadow, Portishead, Björk, and Massive Attack so artfully that I forget where I am. It's the best show I've seen all week.

Vacating the cinema, my good mood is downturned by the sound of a band on the roof of the Blind Pig performing "Dynamite" by Taio Cruz. I wish I had that $4.25 pie crust to jam into my ears. I'm right back where I started on Wednesday – listening to musicians disgracing themselves with garbage pop covers.

It's all part of the cacophonous soundtrack of Dirty Sixth. Perhaps it's a wasteland after all, but even in such culturally barren soil, there's flowers blooming amongst lots of trash. And a little puke.

Golden Dawn Arkestra saxophonist Zapot Mgawi danced atop the controversial construction scaffolding inside the Cheer Up Charlies patio while his interstellar Afrobeat ensemble jammed on Saturday night. Mgawi explained to "Playback" he was "healing the sacred cliffs."

South Austin pop Cultural Center shows off its Margaret Moser Collection on Saturday with a party at 7:09pm featuring a performance by the Freddie Steady Revue. The exhibit includes 300 pieces of art and ephemera illustrating the career of Austin's favorite groupie/music scribe. Last year, the city dedicated a plaza outside the Austin Music Hall in Moser's name. With the AMH now slated for demolition, Moser remarked, "I don't mind being by techies, but I'd really like them to name the office building for Doug Sahm."

Texas Songwriters Conference convenes Fri.-Sun. at the Mockingbird Cafe (4606-E Burleson Rd.). Participants receive lessons in writing, recording, and pitching to publishers from hit songwriters and industry vets. The conference costs $175 and is open to members of the Austin Songwriters Group (monthly and annual memberships are available). 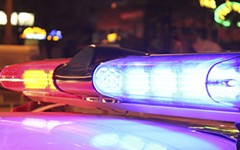