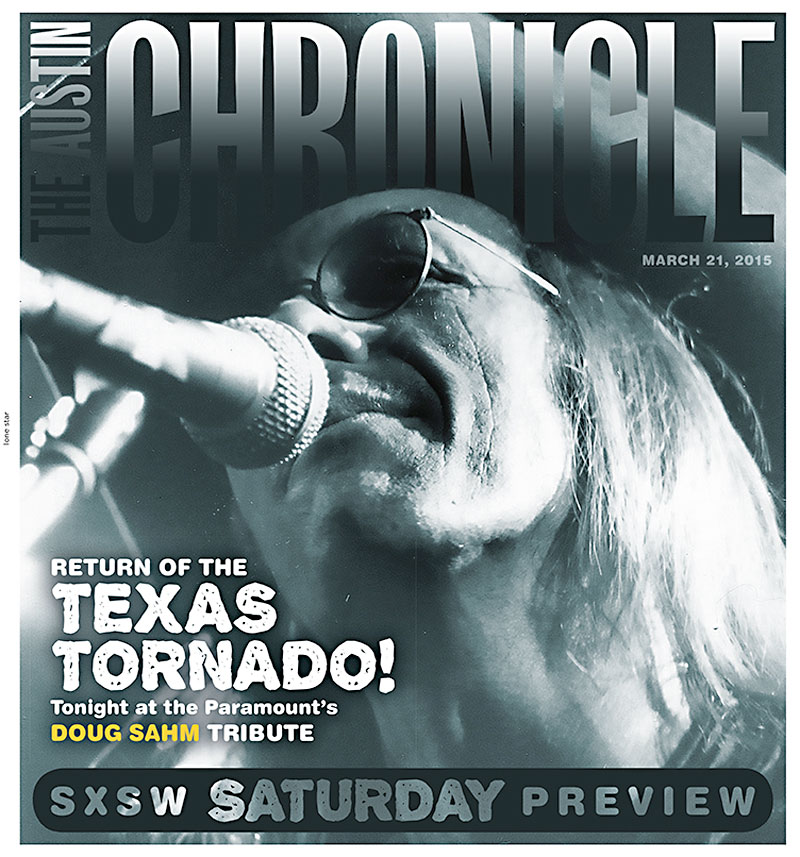 by Sahm Family Archives / Courtesy of the Filmmakers

"I'm proselytizing for Doug Sahm," proclaims Texas music sophisticate and first-time filmmaker Joe Nick Patoski, who's penned bios on Lone Star mononyms Willie and Selena. "Sahm's among the most important players in the history of Texas music. He defined it as a musician, singer, bandleader, arranger, guitarist, fiddler, and steel player by using indigenous Texas sounds authentically. No other person could do all that."

The director's working on one final piece of unfinished film business: securing rights to the 40-plus pieces of Doug Sahm music, racking up a total of $75,000 in publishing fees. For that, the producers have launched a Kickstarter campaign (www.kickstarter.com/projects/504936151/join-the-new-doug-sahm-documentary-in-spreading-th) to help advance the mission, which boasts a higher purpose than simply viewership.

Patoski and Chronicle Editor Louis Black are leading the most concerted effort ever to get Sahm inducted into the Rock & Roll Hall of Fame. Their stumping for his 2016 nomination includes a petition that can be found on the Kickstarter page. Doug devotees including ZZ Top's Billy Gibbons, Steve Earle, and the Black Keys' Dan Auerbach have already pledged their support.

"If not now, when?" asks Patoski. "I really think it's the last chance to get him in. There's no more compelling argument than this film telling Doug's story. I want him to get the recognition so people can discover the breadth of Texas music. 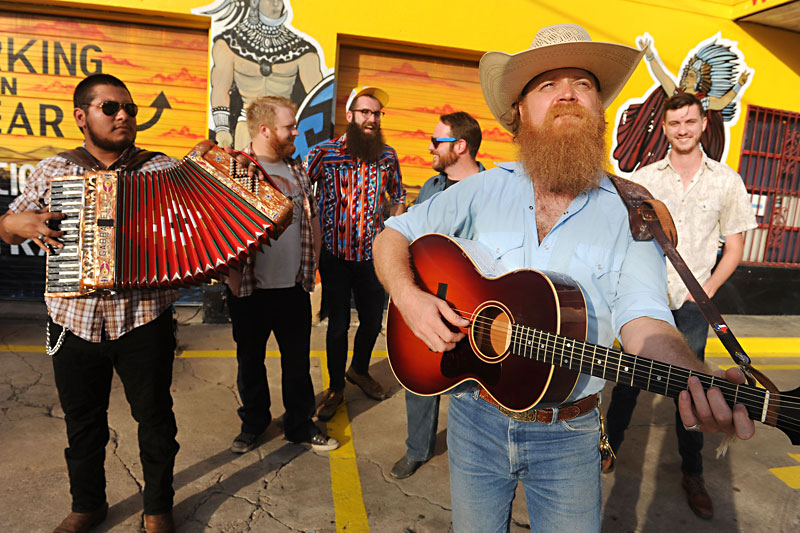 "My turning point in giving a fuck about songwriting was Nirvana's Unplugged," admits Mazour. "That's the door I walked through as a writer. So I try to keep things structurally simple, which comes from that Nirvana-style rock."

Wildfire spins succinct and hard-edged with a prevailing thrust of personal freedom. In the band's more elaborate moments, they channel the whistles and whips of Morricone's spaghetti Western landscapes into Southwestern outlaw ballads. Those tracks, including "New Mexico" and "The Hunted," lean on Crooks' diverse personnel, which includes mariachi scion Anthony Ortiz Jr. on accordion and trumpet/percussion maestro Doug Day.

Crooks also rotates the odometer more than most Austin bands. Dedicating the last two years to near-constant touring, the sextet powers its passenger van through deserts and snowstorms for endless one-night stands in dance halls and dive bars. The distance traveled between 2012's scrappy debut The Rain Will Come and Saturday's release party at the Scoot Inn and a Waterloo Records in-store next Tuesday evidences full-speed maturation.

"On the road is where we learned who we are," says Mazour. "The last record we were reaching in different directions, trying to see what we could grab on to. Now, we've figured out what we want to do."

Thus, Crooks' vocation is increasingly direct and accessible, with Mazour's nasally vocals cutting clear with lyrics that sound like they were written in the front seat of a van, notably lead single "Fork in the Road."

"It's all about the road," says Mazour. "The struggles, the competition with other bands, being broke all the time, never seeing your family, and the good nights when you're riding high. That's what defines life these days."

The County Commissioners Court delayed voting on proposed regulations to impose tighter restrictions on music festivals held in greater Travis County on Tuesday. The court did unanimously approve making the Fire Marshal Office the single point of contact for mass gathering permitting, but postponed voting on the controversial changes, which could impact festivals' music cutoff times, until August 11.

Judge Sarah Eckhardt and her fellow commissioners spent nearly two hours absorbing public comment from music event affiliates and concerned neighbors. While attendees expected debates about Carson Creek Ranch, which hosts the Euphoria and Levitation gatherings, speaking time was monopolized by a large group of Spicewood residents voicing opposition to a forthcoming concert venue on the corner of Highway 71 and Fall Creek Road. They're worried the new destination spot will create traffic concerns.

Shockingly, that venture was represented by former Austin concert kingpin Tim O'Connor, who appeared alongside partner and property owner Frank Davis. The latter described the planned use of the 25-acre fruit farm as "re-creating the original Backyard," owned and operated by his partner. O'Connor described the size of events ranging from 1,200 to 4,000 attendees.

Roosters Wanted! David Cotton's looking for someone to come rule the Roost. The deluxe Northside music venue that Austin's most gregarious booker and his brothers opened 18 months ago closed in the waning days of last month while the principals search for new investors. "With the amount of zoning and noise ordinance problems in Downtown Austin, the Roost is perfect for live music," says Cotton. Interested parties can contact cottonaustin@aol.com.

Austin Music Hall's rumored demise – as a home to Google office space, no less – had been brushed off by owners Cielo Property Group since the spring. After "Playback" contacted Cielo principal Rob Gandry over the weekend, he dished confirmation to the Austin Business Journal, which broke the story Tuesday. AMH will be demolished in January to make way for a 28-story office tower.

Foxing's trailer was stolen on a residential street in Austin last week after playing a show at Red 7. The St. Louis emo band lost $30,000 worth of gear, none of which has been recovered. Tour tip: Always nominate your loudest-snoring bandmate to sleep in the van with a baseball bat. 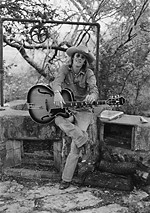