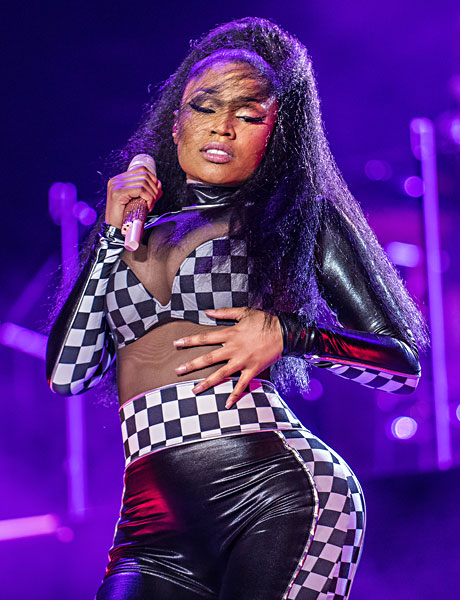 Circuit of the Americas, June 5


Don't take the mainstreaming of Nicki Minaj for granted. At 32, half a decade into stardom, she's proudly, calmly co-headlining an ESPN event with Metallica. Women in hip-hop have had success, but neither Lil' Kim nor Salt-N-Pepa ever reached these masses. Sex symbol, feminist, rapper, she arrives via elevator to her muddy X Games set in a checkerboard top flanked by two engineers. "All Things Go" opens last year's defining third album, The Pinkprint, and thus begins her performance. How well does the general public know this non-radio, non-single version of Minaj? The one that raps, "Ten years ago, that's when you proposed/ I look down, 'Yes I suppose.'" Beyond the truffle butter, she cut one of the most heart-wrenching breakup albums ever, yet on a racetrack it's easier to tear the house down with "Only" and "Anaconda." That's fine too. Minaj assumes full fire-breather mode, so the first half of her 90-minute set is entirely dedicated to the nastiest blacked-out verses in her catalog. After a short break she returns with the fluorescent pop that helped get her over to middle America: "Super Bass," "Pound the Alarm," megahit "Starships." It's the part of the show where Minaj sings (or at least hides behind overdubs) instead of raps. Will she always be caught in this "one for them, one for me" middle ground? She's hip-hop at heart, but these dizzy rave bangers were created to appease executives instead of her own creative inclinations. Whatever. If Nicki Minaj needs to sing hooks to get her message out, then maybe it's a necessary evil. She tells us never to depend on a man for anything, and exits to the next battleground. 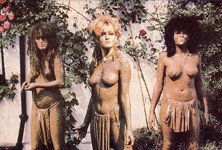 Typical Girls
The feminine mystique of 2010 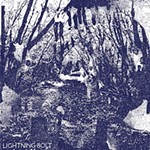